Some seek Faneuil Hall name change because of slavery ties 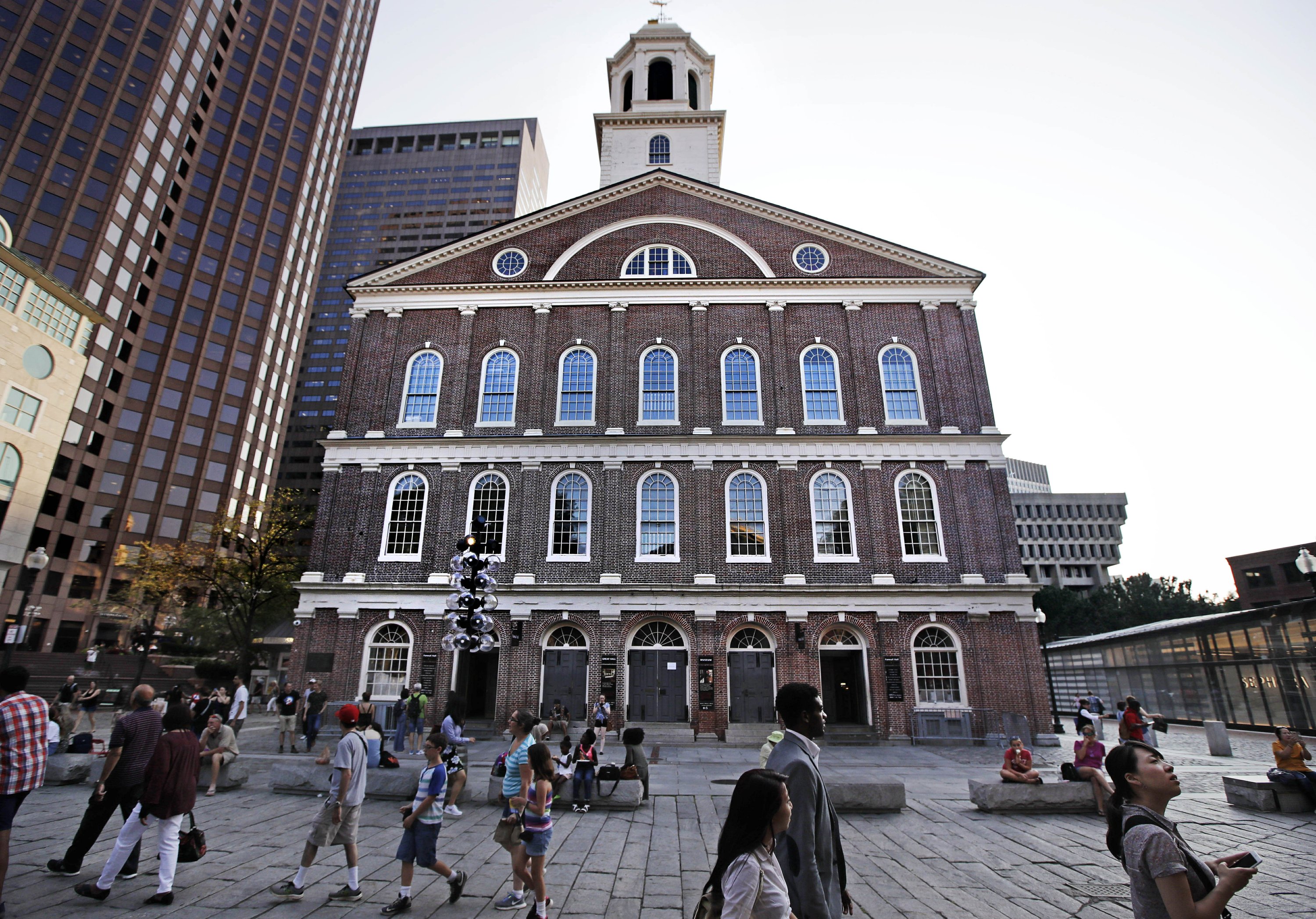 BOSTON — It’s called the Cradle of Liberty because it’s where the American Revolution was energized. It remains one of the most famous buildings in Boston.

Now, Faneuil Hall has become one of the latest icons embroiled in debate over whether it should be renamed because of its ties to slavery. It’s named for Peter Faneuil, a merchant and slave owner who paid for the building as a gift to the city.

Across the country, parks, buildings and even a residential college at Yale University have been renamed to erase connections to slavery. Harvard Law School abandoned its shield in 2016 because it was based on the family crest of an early benefactor who owned slaves.

But is the effort to rename Faneuil Hall justified?

A HISTORY OF DISSENT

Faneuil Hall, completed in 1742, was a meeting place for colonists before and during the Revolution. Over the centuries, it played host to others seeking radical societal change, including abolitionists and women’s suffragists. It has been a marketplace, an armory and a banquet hall, and to this day remains a site for political and civic events, including ceremonies to swear in the foreign-born as new U.S. citizens.

He was the son of French Huguenot parents who originally settled in New York, and when they died he moved to Boston to live with his uncle, Andrew Faneuil, according to the National Park Service, which oversees the city-owned building.

Peter inherited the majority of his uncle’s estate and business and became one of the richest men in the city, trading in fish, tobacco, rum, molasses — and humans. According to an inventory of his estate after his death in 1743, he owned five slaves.

He proposed the building as a marketplace in 1740 and offered to fund its construction.

WHO WANTS THE NAME CHANGE AND WHY?

Kevin Peterson of the New Democracy Coalition has been pushing for a new name for about a year.

“For African-Americans in Boston, Faneuil Hall stands as an affront to their civic sensibilities,” he said in a letter to Mayor Marty Walsh.

Merely mentioning Faneuil’s links to slavery on a website, he contends, is not enough.

“It is not enough to simply acknowledge the legacy of slavery as we seek to move toward racial healing,” he said. “We don’t need words, we need actions.”

Peterson proposes renaming the building after Crispus Attucks, a black man killed during the 1770 Boston Massacre, generally considered the first casualty of the American Revolution.

Walsh does not back the change.

“Over the years, Faneuil Hall has become a place where good things have happened: historic speeches such as Frederick Douglass’ call for the end to slavery, the signing of forward-thinking legislation like the Affordable Care Act, and where hundreds of people take their oath of citizenship every year,” the mayor said in a statement. “What we should do instead, is figure out a way to acknowledge the history so people understand it. We can’t erase history, but we can learn from it.”

Owen Stanwood, an associate professor of Colonial-era history at Boston College, understands those who want the name changed.

“I think the urge to try to understand the links that prominent Americans and Bostonians have with the slave trade is a good thing,” he said.

But instead of a renaming, he said, he would like to see more on-site information about Faneuil’s past.

“Most people don’t know who he was, and understanding who he was opens the door to what kind of place Boston was in the 18th century,” he said.