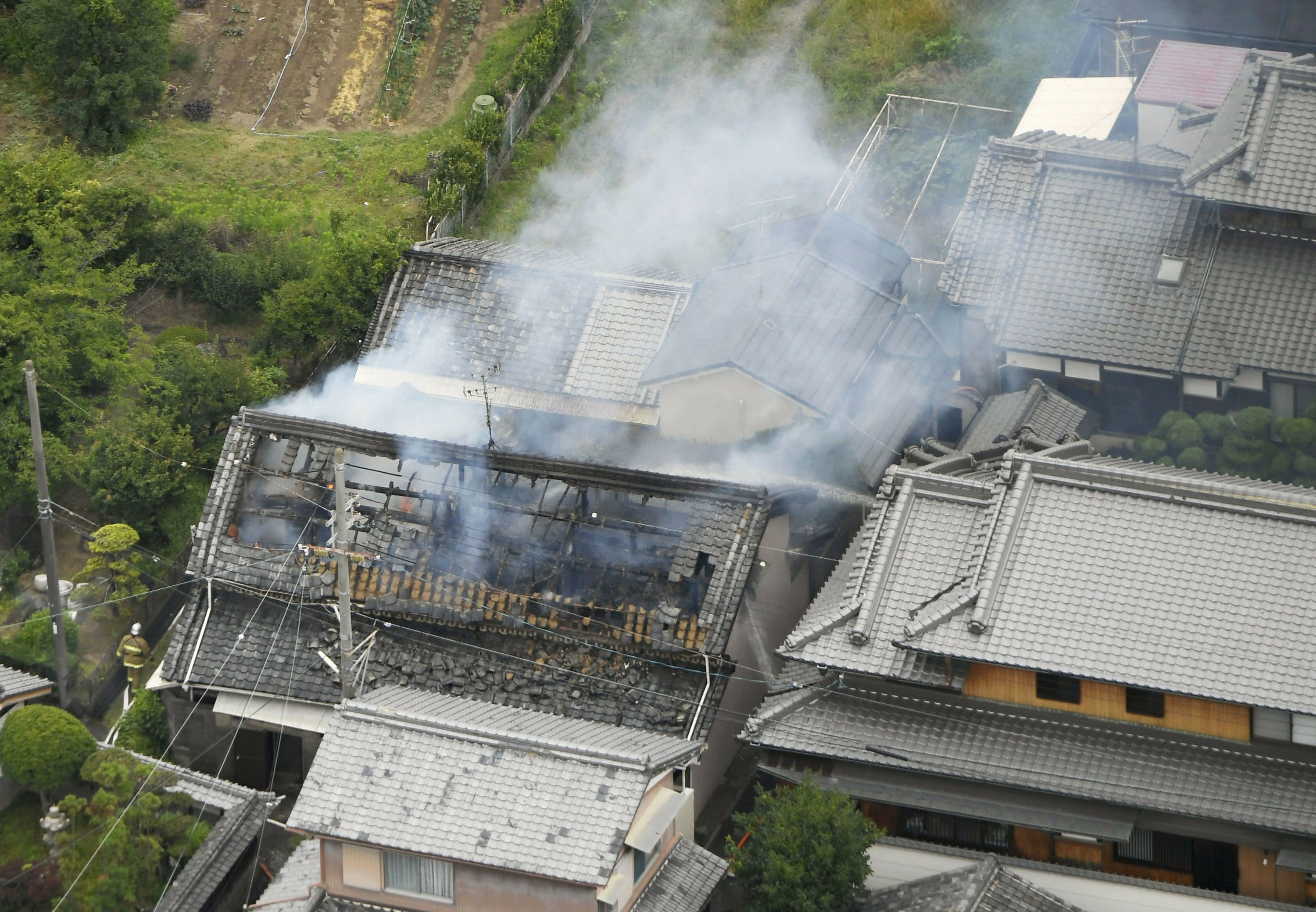 TOKYO — The Latest on the earthquake in Japan (all times local):

A 9-year-old girl and two men in their 80s have been killed by a strong earthquake in the western Japan metropolis of Osaka.

It set off multiple building fires and toppled walls. Train service was suspended across a wide area during the morning commute.

Japanese disaster authorities say two people have been found without vital signs and 41 others injured by an earthquake in western Japan.

The magnitude 6.1 earthquake struck the city of Osaka and the surrounding area Monday about 8 a.m.

The Fire and Disaster Management Agency said one person had no heartbeat and wasn’t breathing and a second person also had no vital signs. Japanese media reported one of the likely victims is a 9-year-old girl found at a school.

Japanese authorities don’t confirm death until after an examination at a hospital.

The Japan Meteorological Agency has updated the magnitude of the quake to 6.1, stronger than the initial 5.9 magnitude.

A strong earthquake has shaken the city of Osaka in western Japan. There are reports of scattered damage including broken glass and concrete.

The Japan Meteorological Agency says a quake with preliminary magnitude of 5.9 struck Monday around 8 a.m. The inland earthquake poses no tsunami risk.

Japanese government spokesman Yoshihide Suga says there were no reports of major damage as of 8:30 a.m. No injuries have been reported.

Train and subway service including the bullet train have been suspended to check for damage to equipment.