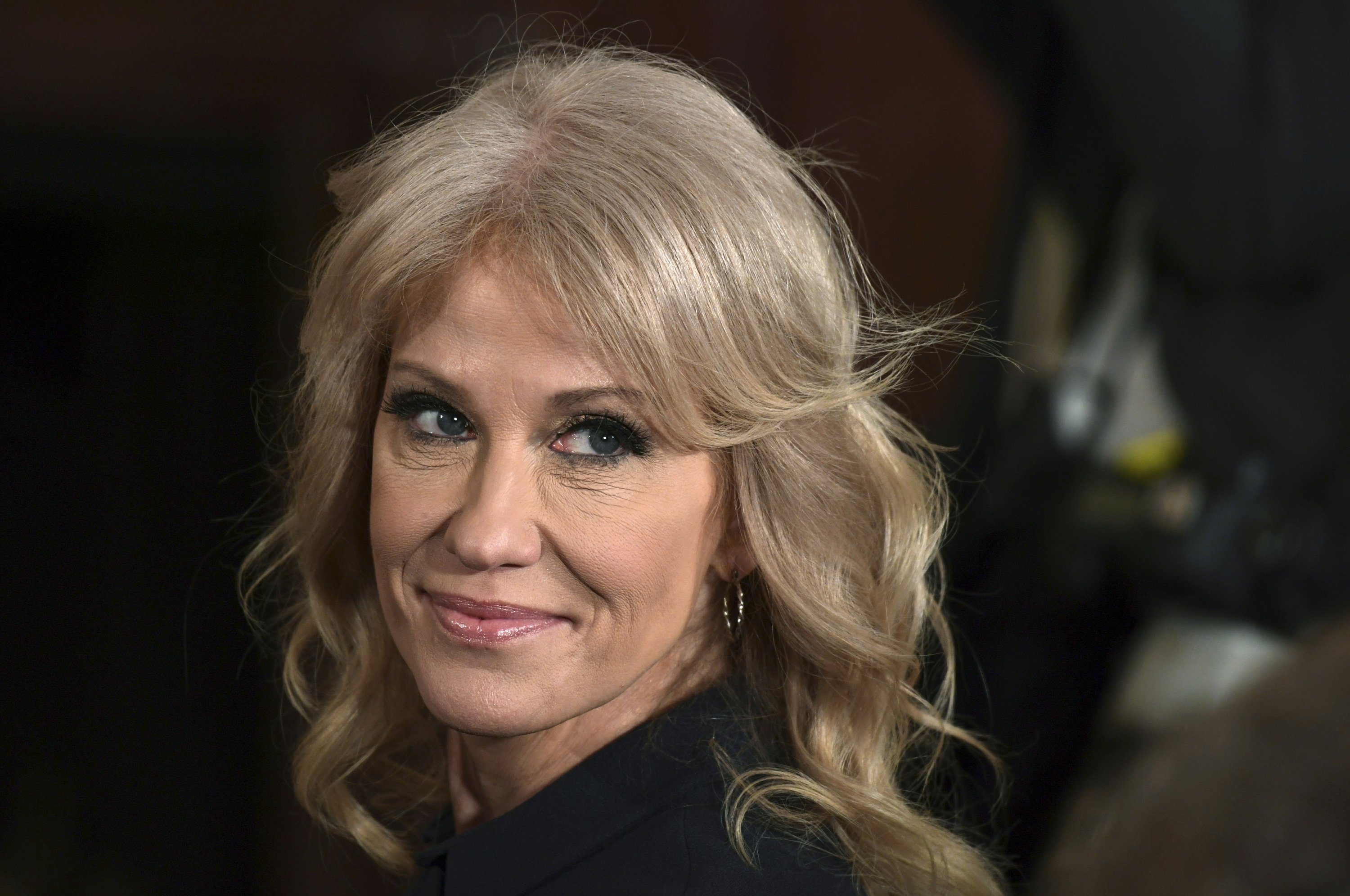 WASHINGTON — A top White House adviser on Sunday distanced the Trump administration from responsibility for separating migrant children from their parents at the U.S.-Mexico border, even though the administration put in place and could easily end a policy that has led to a spike in cases of split and distraught families.

President Donald Trump has tried to blame Democrats, who hold no levers of power in the government today, for a situation that has sparked fury and a national debate over the moral implications of his hard-line approach to immigration enforcement.

“Nobody likes” breaking up families and “seeing babies ripped from their mothers’ arms,” said Kellyanne Conway, a counselor to the president.

Nearly 2,000 children were separated from their families over a six-week period in April and May after Attorney General Jeff Sessions announced a new “zero-tolerance” policy that refers all cases of illegal entry for criminal prosecution. U.S. protocol prohibits detaining children with their parents because the children are not charged with a crime and the parents are.

The administration wants to send a message, said a Republican critic of the policy, “that if you cross the border with children, your children are going to be ripped away from you. That’s traumatizing to the children who are innocent victims, and it is contrary to our values in this country.”

Maine Sen. Susan Collins added that “we know from years of experience that we need to fix our immigration laws and that using children is not the answer.”

Trump plans to meet with House Republicans on Tuesday to discuss pending immigration legislation amid an election-season debate over an issue that helped vault the New York real estate mogul into the Oval Office in 2016. The House is expected to vote this week on a bill pushed by conservatives that may not have enough support to pass, and a compromise measure that the White House has endorsed.

Conway rejected the idea that Trump was using the kids as leverage to force Democrats to negotiate on immigration and his long-promised border wall, even after Trump tweeted Saturday: “Democrats can fix their forced family breakup at the Border by working with Republicans on new legislation, for a change!”

To Rep. Adam Schiff, D-Calif., the administration is “using the grief, the tears, the pain of these kids as mortar to build our wall. And it’s an effort to extort a bill to their liking in the Congress.”

Schiff said the practice was “deeply unethical” and that Republicans’ refusal to criticize Trump represented a “sad degeneration” of the GOP, which he said had become “the party of lies.”

Conway, however, put the onus on Democrats, saying if there are serious about overhauling the system, “they’ll come together again and try to close these loopholes and get real immigration reform.”

Asked whether the president was willing to end the policy, she said: “The president is ready to get meaningful immigration reform across the board.”

The House proposals face broad opposition from Democrats, and even if a bill does pass, the closely divided Senate seems unlikely to go along.

Rep. Michael McCaul, who helped write the conservative version with Rep. Bob Goodlatte, said he had spoken to Trump on Saturday and that the president “is fully committed to both of these bills. He’s put the full weight of his office behind it.”

“Without him coming to Capitol Hill on Tuesday, I don’t think we’d have that sort of maximum pressure, if you will, to get us across the goal line, and I anticipate on Tuesday that he’s going to be the leader he is and we’re going to get something passed out of the House,” said McCaul, R-Texas.

Trump’s former chief strategist said Republicans would face steep consequences for pushing the compromise bill because it provides a path to citizenship for young “Dreamer” immigrants brought to the country illegally as children. Steve Bannon argued that effort risked alienating Trump’s political base and contributing to election losses in November, when Republicans hope to preserve their congressional majorities.

“I strongly recommend that we just wait until 2019, right, to address this,” he said, while defending the administration’s practice of separating parents from children as an example of Trump making good on a key campaign promise.

“We ran on a policy, very simply, stop mass illegal immigration and limit legal immigration, get our sovereignty back, and to help our workers, OK? And so he went to a zero tolerance policy,” Bannon said. “Zero tolerance, it’s a crime to come across illegally, and children get separated,.”

Rep. Beto O’Rourke, D-Texas, said he was working on legislation that would end the practice of family separation.

Speaking from Texas, where he was leading a march to a town where a new tent structure for children recently opened, O’Rourke said “we can do the right thing by this country and for those kids, and not do it at the price of a 2,000-mile, 30-foot-high, $30 billion wall, not doing it at the price of deporting people who are seeking asylum, deporting people in some cases back to certain death, not doing it at the cost of ending family migration, which is the story of this country.”

The situation now is “inhumane” and “un-American,” he said. The blame, he said, rests “on all of us, not just the Trump administration.”

Conway and Schiff appeared on NBC’s “Meet the Press,” Collins was on CBS’ “Face the Nation,” Lujan and Bannon spoke on ABC’s “This Week,” O’Rourke was interviewed on CNN’s “State of the Union” and McCaul was on Fox’s “Sunday Morning Futures.”