Redistricting changes headed to the ballot in several states 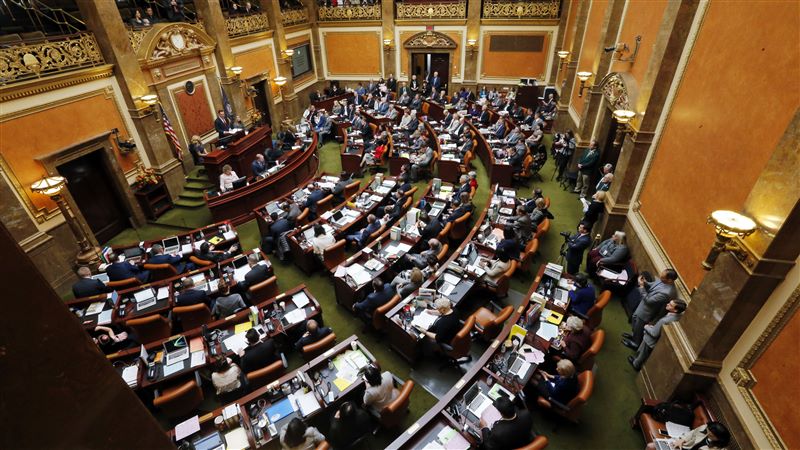 A U.S. Supreme Court ruling Monday on redistricting lawsuits in Wisconsin and Maryland comes as several states already are considering changes to the criteria and processes that will be used to draw legislative districts after the 2020 Census.

Here’s a look at proposed redistricting measures that already have been — or are likely to be — placed on ballots this year:

Current process: For Congress, the state Legislature passes a redistricting plan by a majority vote, subject to a gubernatorial veto. For the Legislature, House and Senate districts are drawn by an 11-member commission consisting of four bipartisan legislative appointees, three gubernatorial appointees and four members chosen by the chief justice. Maps are automatically submitted to the state Supreme Court for review and, if rejected, the commission is given another chance to draw maps.

Proposed process: For both Congress and state legislative chambers, a 12-person commission — consisting of four Republicans, four Democrats and four independents — would be selected from a pool of applicants. Half would be chosen randomly and the rest by a judicial panel. Nonpartisan legislative staff would draft proposed maps for the commission’s approval, which would require at least eight votes including two from independents. The state Supreme Court then would review the maps to determine whether legal criteria were followed. If not, legislative staff would draft a new plan for the commission to submit to the court.

Proposed criteria: Districts would have to be nearly equal in population, compact and as much as possible preserve communities of interest such as racial and ethnic groups and whole cities and counties. The commission also would have to “maximize the number of politically competitive districts.”

Issue: Constitutional amendment affecting congressional redistricting, approved by 75 percent of voters on May 8.

New Criteria: Districts must protect racial minority voting rights, be compact and contiguous, and limit the number of counties and cities that are split among multiple districts.

Issue: Petition signatures submitted for a proposed constitutional amendment on the Nov. 6 ballot affecting congressional and state legislative redistricting. The state appeals court has ordered that it be certified for the ballot, but an appeal is pending with the Michigan Supreme Court.

Proposed process: Districts would be drawn by a 13-member citizens’ commission, composed of four Democrats, four Republicans and five independents randomly selected by the secretary of state from among applicants. Approval of districts would require a majority vote with support of at least two Democrats, two Republicans and two independents. If that fails, each commissioner would submit a plan and rank their options by preference, with the highest-ranked plan prevailing. In case of a tie, the secretary of state would randomly select the final plan.

Proposed criteria: Districts must be compact, contiguous, limit splitting of counties and cities, “reflect the state’s diverse population and communities of interest,” not favor or disfavor incumbents, and not provide a disproportionate advantage to any political party.

Proposed Process: A demographer would be selected from among applicants by agreement of the Senate majority and minority leaders or, if that fails, by random selection of the state auditor. The demographer, required to be a state resident, would submit maps for approval to the redistricting commissions, which would follow existing procedures for voting.

Proposed criteria: The demographer must take into account the rights of racial and language minorities and design districts to achieve both “partisan fairness” and “competitiveness” as determined by statistical measurements using the results of previous elections. Districts also shall be contiguous and limit splits among counties and cities. Compact districts are preferred but rank last among the criteria.

Issue: Petition signatures submitted and approved for a proposed constitutional amendment to appear on the Nov. 6 ballot affecting congressional and state legislative redistricting.

Proposed process: Districts would be drawn by a seven-member commission, composed of one gubernatorial appointee, two appointees by Republican legislative leaders, two appointees by Democratic legislative leaders and two political independents appointed by majority and minority party legislative leaders. The commission may approve between one and three plans by a vote of at least five members. Their recommended plans then would be submitted to the Legislature for final approval or rejection. If the Legislature adopts a plan that wasn’t recommended by the commission, it must provide a detailed explanation of why its plan better satisfies the redistricting standards.

Proposed criteria: Districts shall limit splits among cities and counties, be compact and contiguous, preserve communities of interest and not favor or disfavor incumbents. Partisan voting records may not be considered. But statistical tests, including a measurement of partisan symmetry, shall be used to determine whether the maps meet the other criteria.