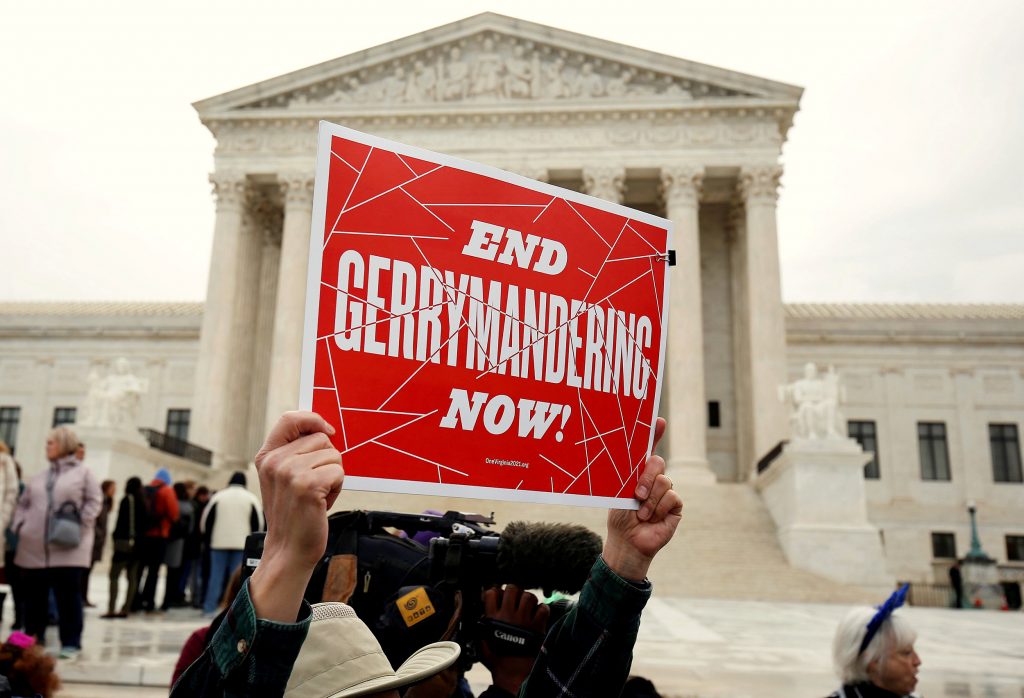 The first case, Gill v. Whitford, was brought by Wisconsin Democrats. In the lawsuit, Democrats argued that Republicans, who controlled the Wisconsin state legislature, drew state legislative district lines to ensure a GOP victory in two-thirds of districts.

The second case, Benisek v. Lamone, petitioned by Maryland Republicans, contended that Democrats drew congressional district lines to ensure that one of the two traditionally-Republican congressional seats would flip to the Democrats.

The first case argued a violation of the 14th Amendment’s Equal Protection clause, while the second framed the argument in terms of the First Amendment Freedom of Speech clause.

The first case is the more important one: The Court rejected the Wisconsin case because Democrats lacked standing, meaning they could not prove a statewide rigging of the election.

Unlike what much of the liberal media has reported, the Court did not pave a path to gerrymandering.

First of all, the Wisconsin case was unanimously rejected in a 9-0 decision. While in most cases, the Court dismisses suits where one party lacks standing to sue, it did not do so this time.

Instead, the Court ordered the case back to lower courts, where Democrats will have the opportunity to prove — if they can — that each district was drawn unconstitutionally.

Let’s see if they will be able to do so.