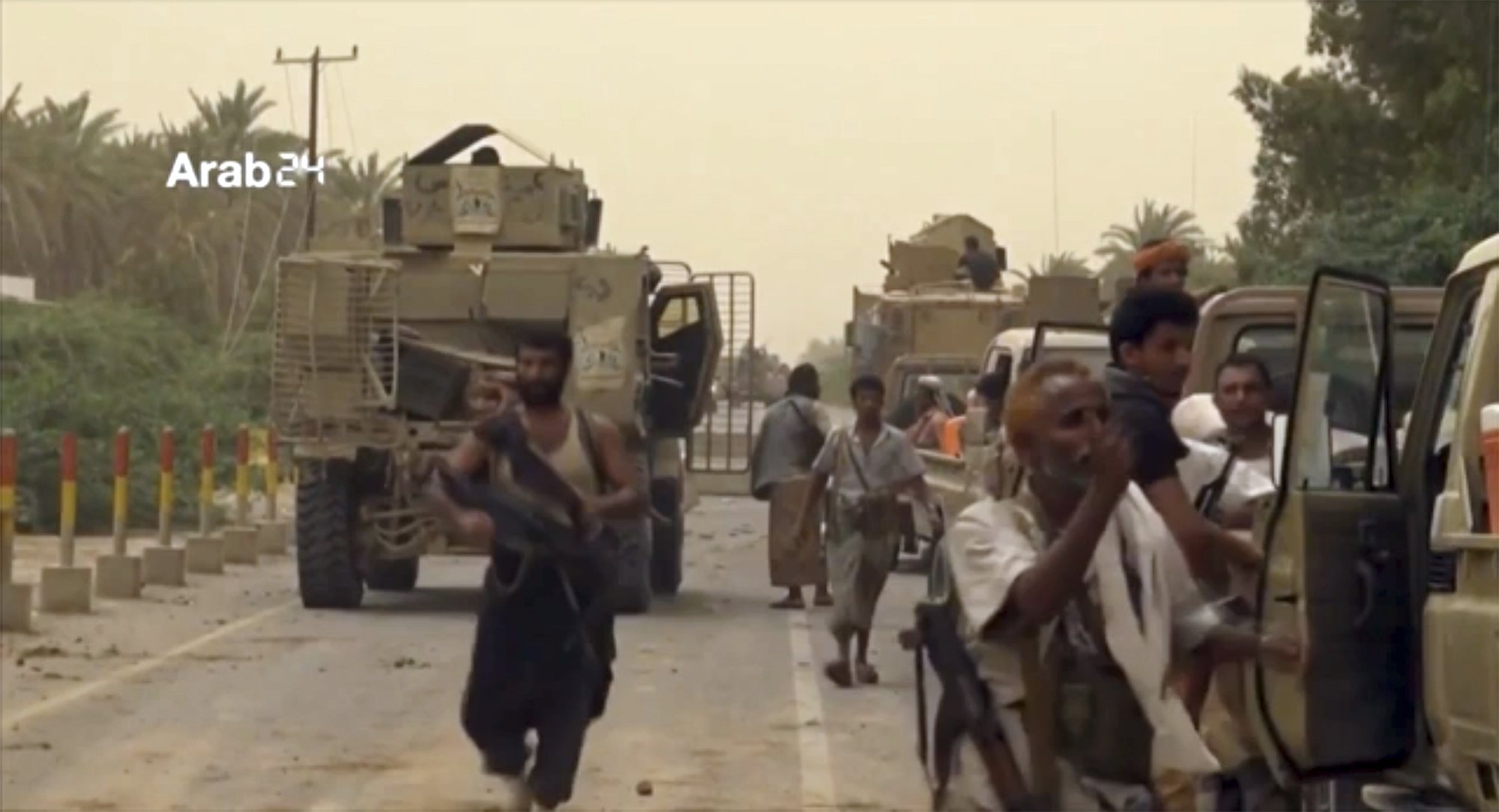 The United Arab Emirates-backed Amaleqa brigades, supported by airstrikes and naval shelling from the Saudi-led coalition, have been trying to storm the southern and western parts of the airport, the officials said.

However, land mines and Houthi snipers have been hindering efforts to get the airport under government control, they said. The officials spoke on condition of anonymity because they were not authorized to brief media and the witnesses for fear of reprisals.

Witnesses said warships and warplanes from the Saudi-led coalition hit the airport and the east side of Hodeida, aiming at cutting off the main road that links between the port province and the capital, Sanaa, around the clock since late Monday.

Government forces have been trying for days to capture the Kilo 16 road to trap the Houthi rebels inside Hodeida and the western coast and block from supplies coming from Sanaa.

Witnesses said fighting forced dozens of families to leave their homes in the area around the Kilo 16 road. They said the rebels have fortified the area in preparation for a likely coming battle against government forces.

Senior Houthi official Mohammed al-Bukaiti confirmed fierce fighting at the southern side of the Hodeida airport. “Battles are raging south of the airport under unprecedented air cover,” he wrote on Facebook on Tuesday.

The Saudi-led coalition began its assault Wednesday on the Red Sea port town, the main entry for food into a country already on the brink of famine. Emirati forces are leading ground forces mixed with their own troops, irregular militiamen and soldiers backing Yemen’s exiled government. Saudi Arabia has provided air support, with targeting guidance and refueling coming from the U.S.

The Houthis seized control of Sanaa in September 2014, later pushing south toward the port city of Aden. The Saudi-led coalition entered the conflict in March 2015 and has faced criticism for a campaign of airstrikes killing civilians and destroying hospitals and markets.