5 charged in ‘smuggling scheme’ after fatal crash in Texas 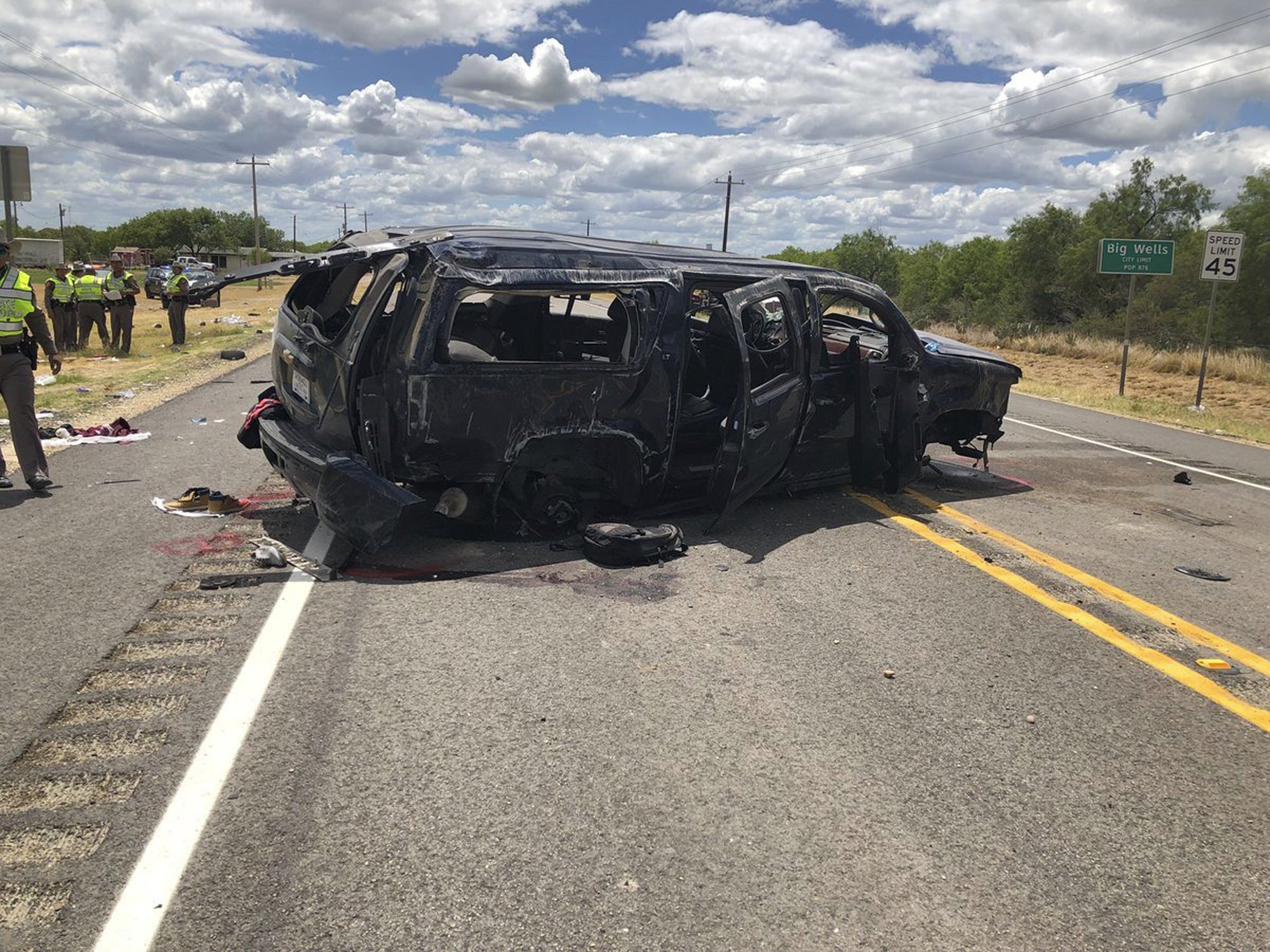 DALLAS — Five people have been charged in a “smuggling scheme” following the fatal crash of an SUV that was fleeing Border Patrol agents and sheriff’s deputies in South Texas, federal prosecutors said Tuesday.

The U.S. Attorney’s Office for the western district of Texas said the charges were filed in connection to Sunday crash that killed at least five people. Investigators said the vehicle was carrying 14 people and traveling more than 100 mph when it overturned on Texas Highway 85 near Big Wells, about 100 miles southwest of San Antonio.

Most of the SUV’s occupants were ejected.

Multiple people from both vehicles were arrested. A man driving one of those vehicles was also charged Tuesday, along with two of his adult children and another adult. It wasn’t immediately clear if any of the five defendants had attorneys Tuesday. Prosecutors didn’t return messages seeking comment.

The third vehicle kept going when Border Patrol agents encountered it, and a sheriff’s deputy took over the chase prior to the fatal crash, the border patrol said.

Dimmit County Sheriff Marion Boyd said Sunday that four victims were dead at the scene of the crash, and most of the occupants in the SUV were believed to be in the country without legal permission.

The incident comes amid heightened tensions over the treatment of immigrants at the southern U.S. border. The Trump administration has said tougher immigration policies — even separating children from their parents — are needed to deter immigrants from coming to the country illegally.