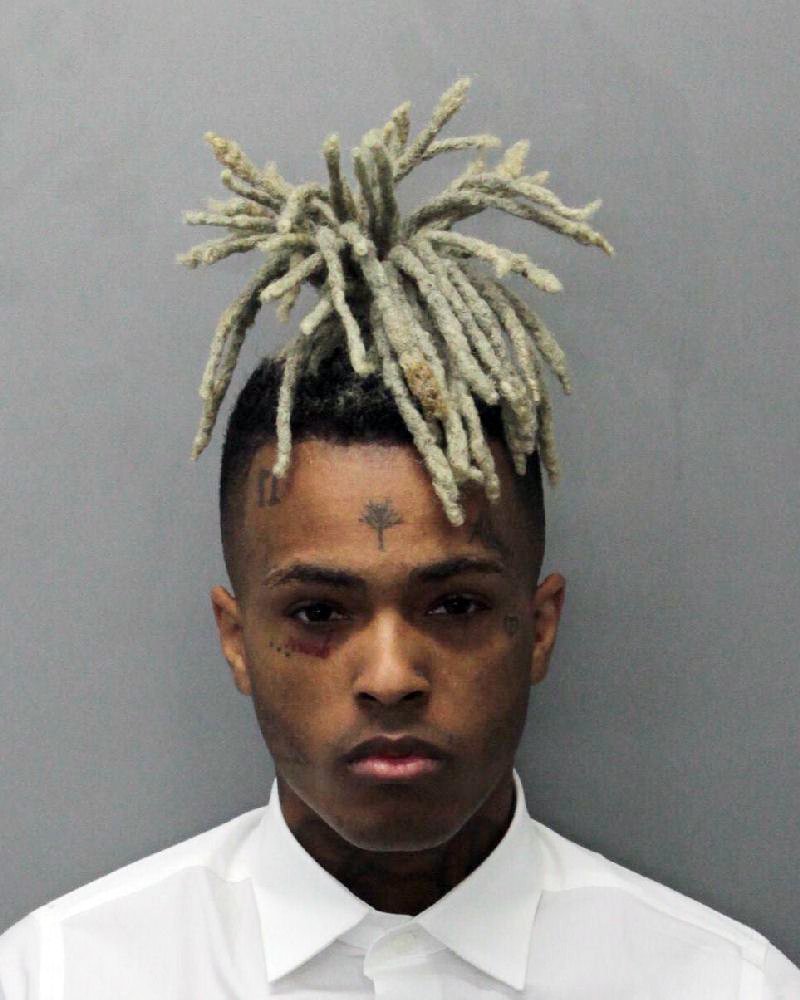 DEERFIELD BEACH, Fla. — Deputies were searching for suspects Tuesday after troubled rapper-singer XXXTentacion was fatally shot in the driver’s seat of a luxury electric sportscar.

The 20-year-old rising star, who pronounced his stage name “Ex Ex Ex ten-ta-see-YAWN” and whose real name is Jahseh Dwayne Onfroy, was pronounced dead Monday evening at a Fort Lauderdale-area hospital, the Broward Sheriff’s Office said. He was shot earlier outside a Deerfield Beach motorcycle dealership.

XXXTentacion had been at RIVA Motorsports checking out inventory when he was approached by two armed suspects as he prepared to drive off in a black BMW i8 at about 4 p.m., sheriff’s public information officer Keyla Concepcion said.

At least one of them fired, and then both suspects fled the scene in a dark SUV, Concepcion said.

A sheriff’s office statement described the shooting as an apparent robbery attempt. No immediate arrests were made.

Stephanie Martinez, a 29-year-old mother who lives in the neighborhood, was just coming back from the pool with her kids when she heard three shots. She drove to the end of the street and saw the rapper’s body in the car.

“He has his mouth open and his hand out. Two people went over and checked his pulse,” said Martinez, who also saw blood. “It’s just weird because he should’ve had security and stuff with him.”

Kanye West said: “rest in peace … I never told you how much you inspired me when you were here thank you for existing.” Producer Diplo posted a photo of the two together and said, “Thanks for inspiring me.” Travis Barker tweeted: “I’m at a loss for words… speechless #RIPXXXTentacion Loved collaborating with you. You were a true artist …”

And J. Cole said, in part: “RIP X. Enormous talent and limitless potential and a strong desire to be a better person. God bless his family, friends and fans.” 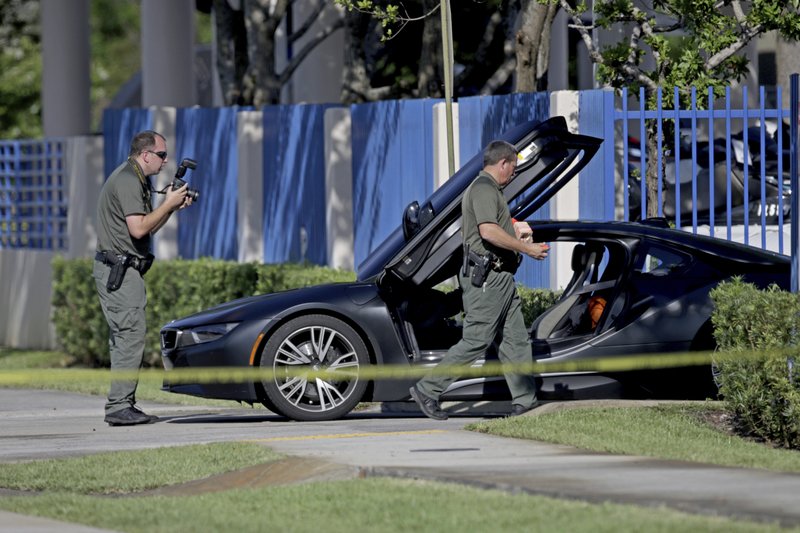 Investigators surround a vehicle after rapper XXXTentacion was shot.

The entertainer, who sported dreadlocks and a number of facial tattoos, was a rising star. He notched a No. 1 album in March with his sophomore effort “?” and had a top 10 hit with “Sad!” but was facing trial on charges that he beat up his pregnant girlfriend.

XXXTentacion racked up huge streaming numbers — on Spotify, his “Sad!” had more than 270 million streams and was on its Top 50 chart this week in the United States and globally. He also has several songs that have been declared platinum, including “Changes,” ”Roll in Peace” with fellow rapper Kodak Black and “Look at Me!”

In interview with XXL magazine, which named him an up-and-coming artist last year, the rapper cited Nirvana, the Notorious B.I.G. and Tupac Shakur among his musical influences.

“Obviously, I’m one of the greatest of this generation, the upcoming generation, as far as artistry. … And I say that humbly,” he said in a video interview with the outlet last year.

Regarding a June 2017 attack at a San Diego concert, the following messages were posted on XXXTentacion’s Twitter account: “security and venue set me up, I got sucker punched and knocked out, it is what it is.”

A subsequent tweet said,” ”next time make sure you kill me so I can’t talk (expletive).”

Fan Wyatt Rubin, 21, rushed to the scene of his slaying on Monday, playing the rapper’s songs like “Jocelyn Flores” and “King” on the drive over. 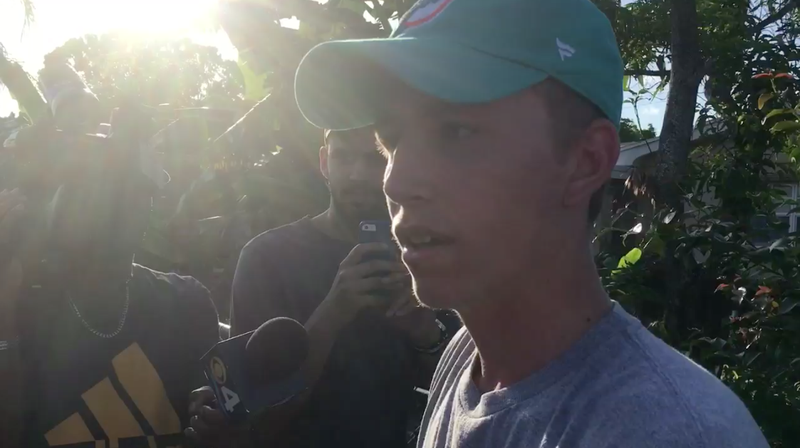 “He was just maturing as a person and as an artist … it couldn’t have come at a worse time,” Rubin said. “A lot of it was really beautiful music, progressive music.'”

In an interview earlier this month with the Miami New Times, XXXTentacion described his upbringing, which included seeing his mother infrequently and being raised by friends, other family and babysitters. His mother would buy him clothes, phones and other gifts. He told the paper he used violence so she would engage with him.

“I used to beat kids at school just to get her to talk to me, yell at me,” he said.

XXXTentacion was initially one of two artists Spotify removed from its promoted playlists in May in accordance with its new policy on hateful music and conduct. But after a backlash in the music industry, Spotify backpedaled and said it would no longer attempt to police conduct, restoring XXXTentacion to its playlists (although they did not do the same for R. Kelly).

While he made headlines for his legal woes, he connected to millions of fans musically. Among the topics he spoke about was depression and addressed it in his music.

In one video posted to social media, he said: “If worse things come to worse, I (expletive) die a tragic death or some (expletive), and I’m not able to see out my dreams, I at least want to know that the kids perceive my message and were able to make something of themselves.”