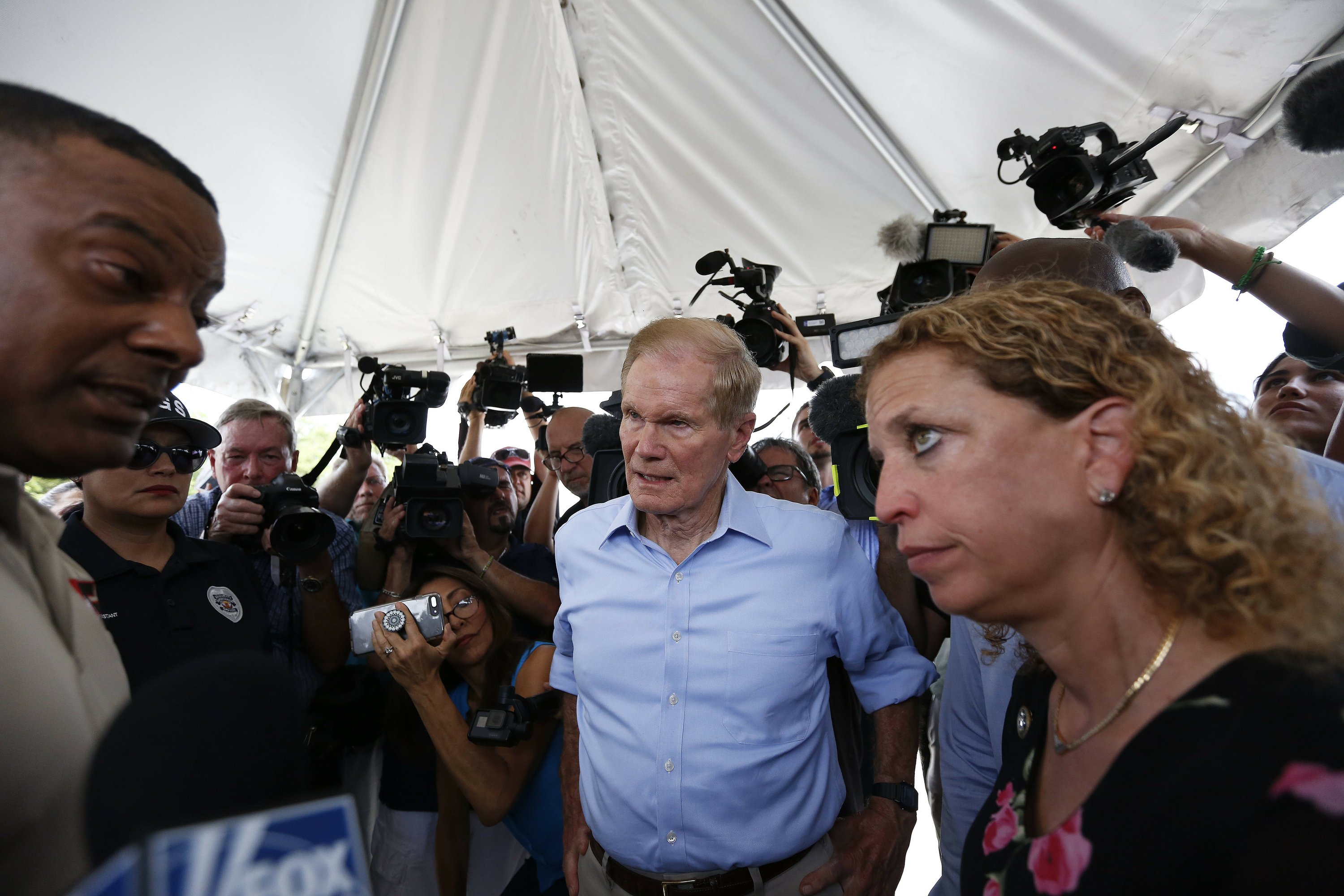 HOMESTEAD, Fla. — U.S. Sen. Bill Nelson accused Trump administration officials of a “cover up” after officials denied him entry Tuesday to a detention center for migrant children in South Florida where he had hoped to survey living conditions.

Nelson and U.S. Rep. Debbie Wasserman Schultz, both Florida Democrats, went to the contractor-run Homestead Temporary Shelter for Unaccompanied Children following reports it was receiving detained migrant children who had arrived in the country illegally.

Wasserman Schultz said the facility was being used for an estimated 1,000 children, aged 13 to 17, who arrived here as unaccompanied minors as well as children separated from their families at the border. She said two other facilities in South Florida were being used for younger children.

“It is an affront as the senior senator of this state that an agency head would tell me that I do not have entrance into a federally funded facility where the lives and health of children are at stake,” Nelson said.

President Donald Trump’s immigration policies have come under intense scrutiny following reports of the forced separation of migrant children from their parents. Democrats and some Republicans are urging an end to the practice at the U.S.-Mexico border. Thousands of children split from their families at the U.S. southern border are being held in government-run facilities. 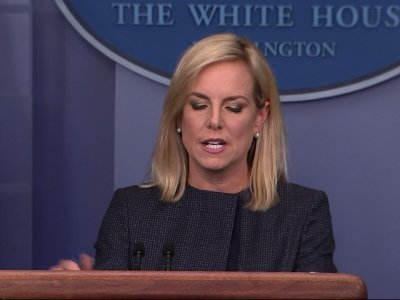 Homeland Security Secretary Kirstjen Nielsen is rejecting criticism accusing her department of inhuman and immoral actions when it comes to separating immigrant children from their parents when they cross the U.S. border illegally. (June 18)

But Nelson said Deputy Secretary of Health and Human Services Eric Hargan told him it would take two weeks for them to get access.

“I think what they’re doing is a cover-up for the president,” Nelson said.

The Florida facility is overseen by the U.S. Department of Health and Human Services. Department spokesman Kenneth Wolfe said in an email Monday that it had reopened as “a temporary unaccompanied alien children program facility.” He did not provide additional details.

Several dozen children could be seen Tuesday morning playing soccer outside the building behind a chain link fence, mostly talking and shouting to each other in Spanish. Some did cartwheel flips while running across the field.

Reporters were not allowed onto the property. Security officials would not let reporters near the facility or provide details on conditions inside.

Martin Levine, from the Miami suburb of West Kendall, came to the facility with a sign showing a Nazi guard pulling a child away from woman with a Jewish star, and saying “Nazis took children away. Trump inhumane.”

Levine said he believed the policy to separate families was immoral.

“This is not a Democrat or Republican issue, because all of the former first ladies have found this policy despicable,” Levine said.

Republican lawmakers from Miami-Dade County have condemned the policy of separating families crossing the U.S. border.

Florida’s other senator, Republican Marco Rubio, said in a tweet Tuesday, “Let’s change the law so we can hold families together while awaiting expedited hearings.”