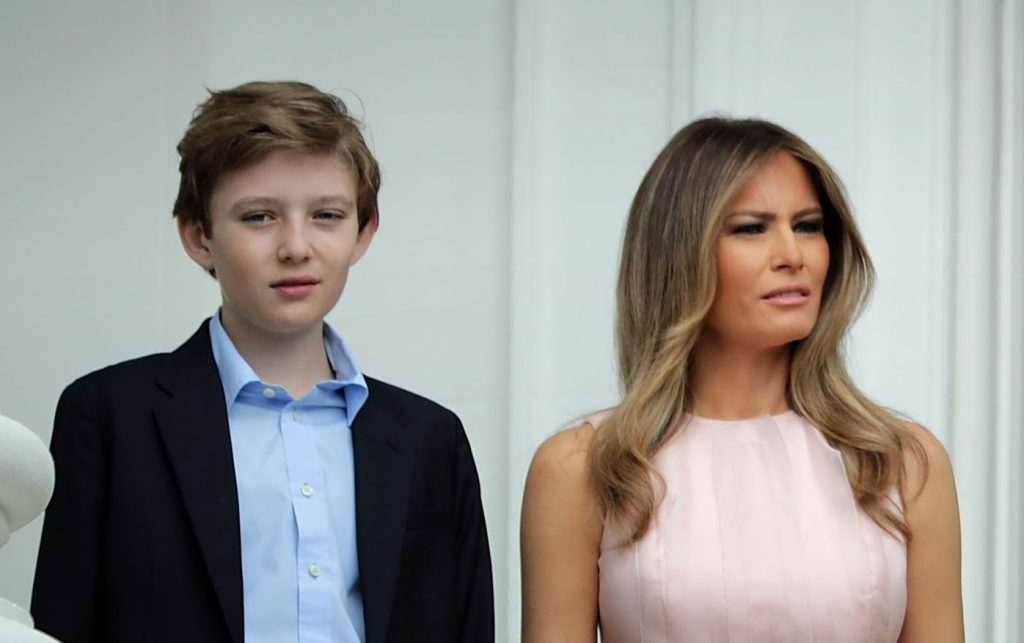 Melania Trump has notified the Secret Service following a disturbing tweet by 78-year-old actor Peter Fonda early Wednesday morning. The tweet called for Melania and President Donald Trump’s 12-year-old son Barron to be kidnapped and placed in “a cage with pedophiles.”

Ironically, Fonda sent the tweet — since deleted — while attacking President Trump’s policy of separating parents from children in detention centers, a policy designed to protect children from adults behind bars.

“The tweet is sick and irresponsible and USSS has been notified,” the first lady’s spokeswoman Stephanie Grisham told The Daily Caller, who first reported the news.

This was not the only crude tweet sent recently by Fonda.

On Tuesday, he called for Department of Homeland Security Secretary Kirstjen Nielsen to be assaulted and used a misogynist slur in referring to White House Press Secretary Sarah Huckabee Sanders. Fonda also compared White House adviser Stephen Miller to a Nazi; Miller is Jewish and a descendant of Holocaust survivors.

His sister, actress Jane Fonda, also has a history of causing national controversy, earning her reputation when she posed with enemy Viet Cong soldiers during the Vietnam War. Now Peter Fonda has also cemented his legacy for outrageous behavior.

Mr. Fonda, previously best-known for starring in movies such as Easy Rider and taking LSD with The Beatles, will possibly have to face an interview with the Secret Service for his disturbing tweet about Barron Trump.

Fonda has since issued an apology, stating that he “immediately regretted it.” One wonders if he regretted his obscene comments or simply the consequences.