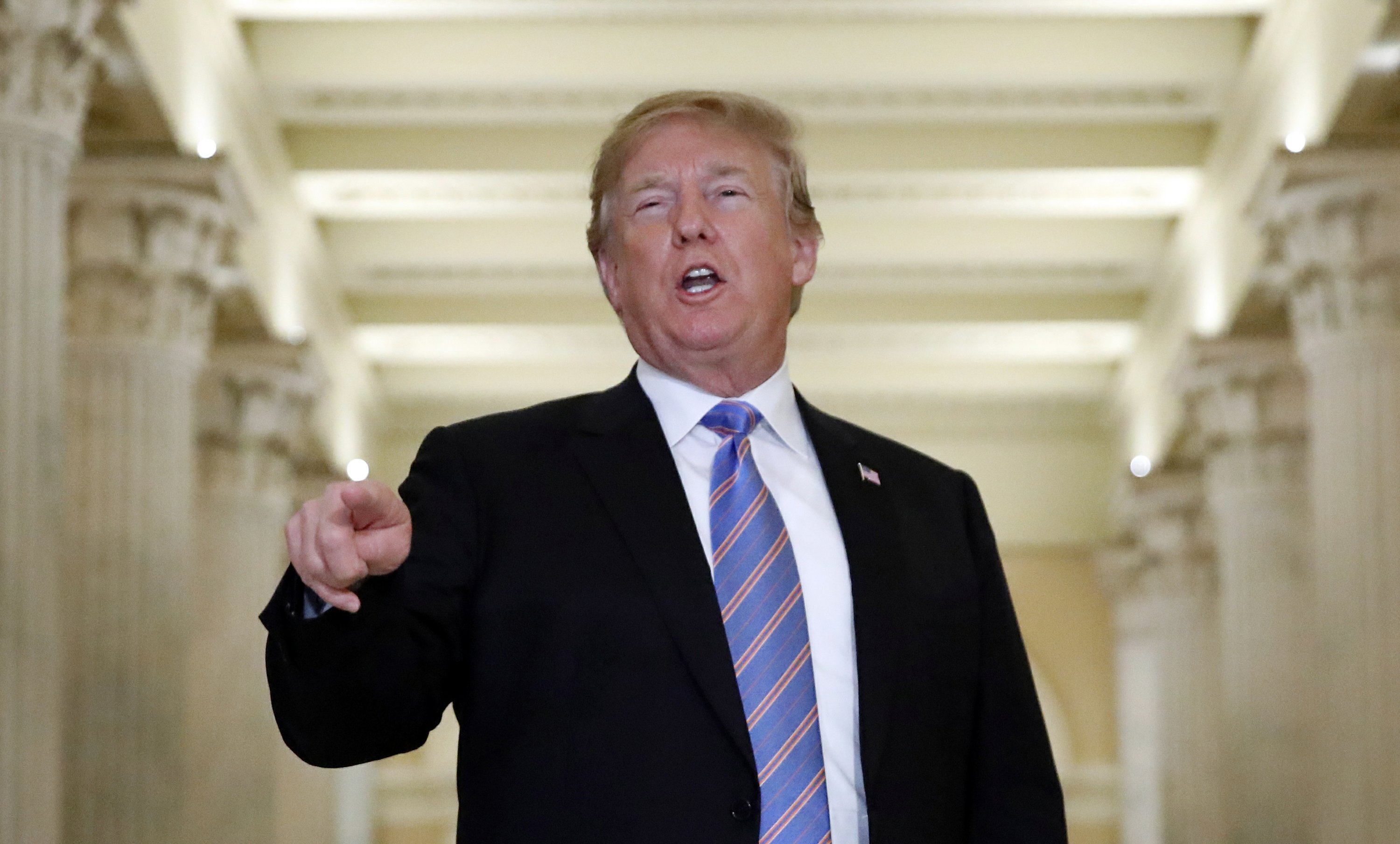 WASHINGTON — Calling the shots as his West Wing clears out, President Donald Trump sees his hard-line immigration stance as a winning issue heading into a midterm election he views as a referendum on his protectionist policies.

“You have to stand for something,” Trump declared Tuesday, as he defended his administration’s immigration policy amid mounting criticism over the forced separation of children from their parents at the U.S.-Mexico border. The chorus of condemnation includes Democrats, as well as Republicans, who are increasingly worried that reports about bereft children taken from their parents could damage the GOP’s chances in November.

Still, Trump believes that his immigration pledges helped win him the presidency and that his most loyal supporters want him to follow through. While he made a rare trip to Capitol Hill late Tuesday to meet with GOP legislators seeking a solution, Trump remains confident that projecting toughness on immigration is the right call, said five White House officials and outside advisers who spoke on condition of anonymity because they were not authorized to speak publicly.

“It’s amazing how people are surprised that he’s keeping the promises he made on the campaign trail now,” said Trump political adviser Bill Stepien. 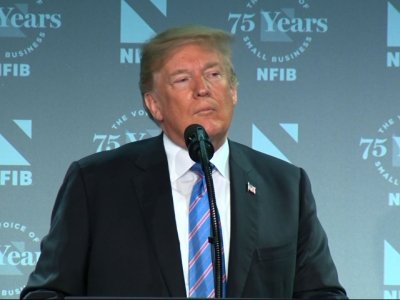 Pres. Donald Trump says he currently has only two options on immigration: Separating migrant children from their parents at the border or “open borders.” He says he’s requesting Congress allow officials to detain children and parents together. (June 19)

While the White House signaled Trump may be open to a narrow fix to deal with the problem, the president spent the day stressing immigration policies that he has championed throughout his surprise political career. He has resisted calls to reverse the separation policy, saying any change must come through Congress.

In a speech to a business group earlier Tuesday, Trump said he wanted to see legislation deal with family separation, which, he said, “We don’t want.” He also emphasized border security and again made the false argument that Democrats are to blame for the family separation problem. Said Trump: “Politically correct or not, we have a country that needs security, that needs safety, that has to be protected.”

Several White House aides, led by adviser Stephen Miller, have encouraged the president to make immigration a defining issue for the midterms. And Trump has told advisers he believes he looks strong on the matter, suggesting that it could be a winning culture war issue much like his attacks on NFL players who take a knee for the national anthem.

Former Trump senior adviser Steve Bannon said the president is emphasizing the policies that brought him to the White House.

“I think this is one of his best moments. I think this is a profile in courage. This is why America elected him. He is not a politician, he’s a leader. He will not back down on core principles,” Bannon said. “This is not doubling down, it is tripling down.”

Republicans, particularly those in more moderate districts, are worried they will be damaged by the searing images of children held in cages at border facilities, as well as by audio recordings of young children crying for their parents. The House Republicans’ national campaign chairman, Ohio Rep. Steve Stivers, said in a statement Monday that he’s asking “the administration to stop needlessly separating children from their parents.”

Other conservatives also raised concerns, but many called for Congress to make changes instead of asking Trump to directly intervene. Ralph Reed, chairman of the Faith & Freedom coalition of evangelical voters, added to the drumbeat to end the child separation policy Tuesday, calling on Congress to pass legislation that would end the process.

But asked if the border policy was bad for Trump politically, Reed suggested core supporters remain on the president’s side. He said the group’s members are “more than willing to give the president and his administration the benefit of the doubt that this is being driven by a spike in people crossing the border, a combination of existing law and court decisions require this separation, and the fact that the Democrats refused to work with the administration to increase judges so that this can be dealt with more expeditiously.”

The growing outrage is reminiscent of the tumult after last summer’s deadly clash involving counterprotesters at a white nationalist rally in Charlottesville, Virginia: Trump pointedly refused to exclusively blame neo-Nazis and white supremacists, suggesting there was blame to be shared “on both sides.” But Trump’s supporters think this situation is different, given the strong support he has enjoyed for his tough immigration policies.

Worried that the lack of progress on his signature border wall will make him look “soft,” according to one adviser, Trump has unleashed a series of tweets playing up the dangers posed by members of the MS-13 gang — which make up a minuscule percentage of those who cross the border. He used the loaded term “infest” to reference the influx of immigrants entering the country illegally.

As the immigration story becomes a national flashpoint, Trump has been watching the coverage on television with increasing anger, telling confidants he believes media outlets are deliberately highlighting the worst images — the cages and screaming toddlers — to make him look bad.

The president has long complained about his treatment by the media, but his frustrations reached a particular boiling point after he returned from his Singapore summit with North Korea’s Kim Jong Un to face news reports questioning his negotiating skills. He complained to one adviser that the media had not given him enough credit after the summit and was continuing to undermine him on immigration, according to a person familiar with the conversation but not authorized to speak publicly.

On Tuesday, Trump argued that sticking by his policies was a winning political strategy as he took a fresh shot at Democrats.

“They can’t win on their policies, which are horrible,” he said. “They found that out in the last presidential election.”