As moral crisis mounts, Ivanka Trump out of sight 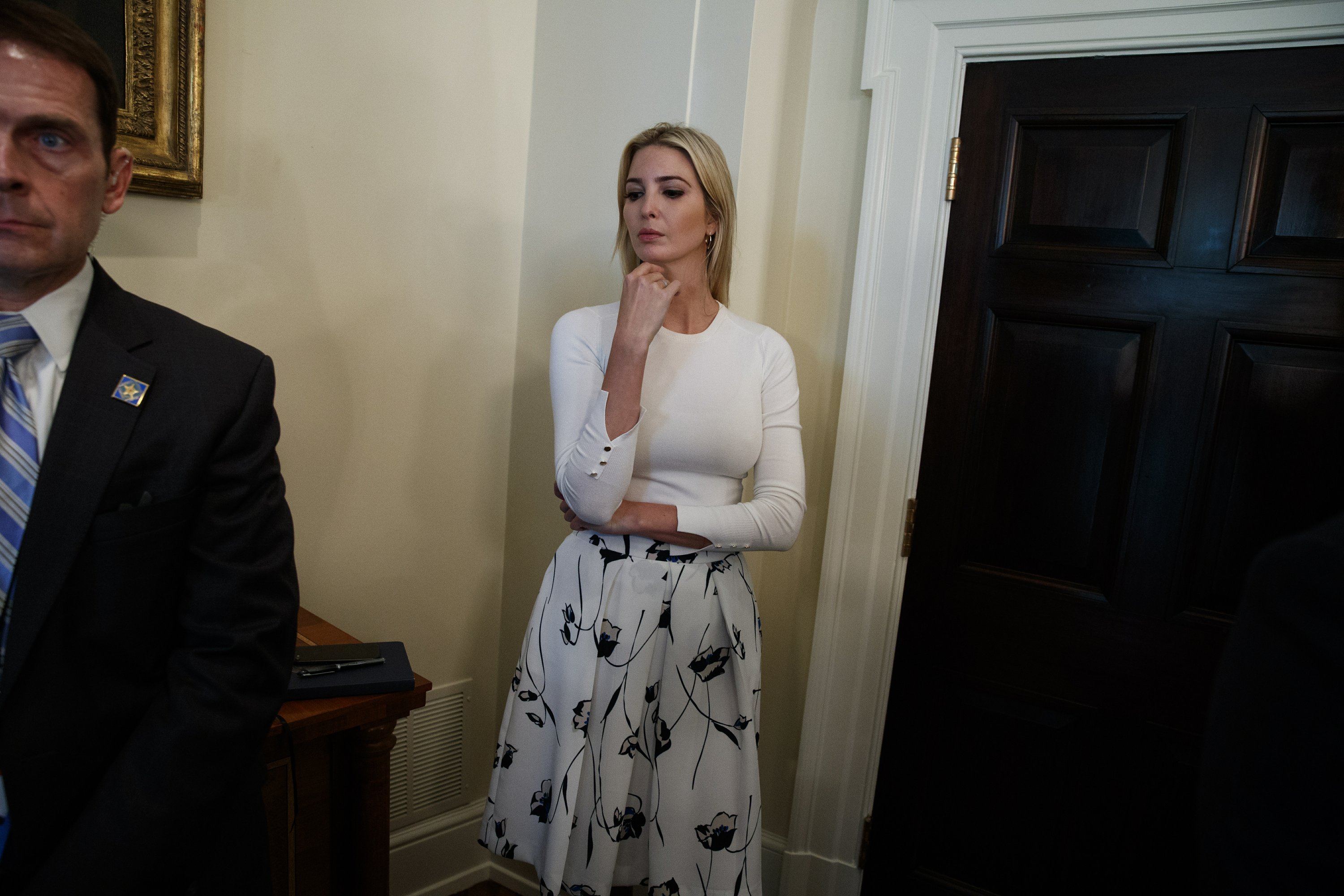 WASHINGTON — As the firestorm over forced separations of migrant families consumes the White House, Ivanka Trump, the presidential adviser who has billed herself as a “force for good” in the administration, has remained out of sight.

In a closed-door meeting with Republicans late Tuesday, President Donald Trump confided that his daughter urged him to find a solution. But she has stayed publicly silent after days of heart-wrenching images of children being pulled from their immigrant parents.

And it’s far from the first time that Ivanka Trump, as well as her husband and fellow influential presidential adviser Jared Kushner, have tried to fly under the radar during crisis and tumult for her father’s administration.

Kushner has been in the Middle East working on the administration’s peace plan as the story exploded along the Mexico border, filling cable news with emotional photos of children in cages and audio of kids crying for their parents. And Ivanka Trump was in California this week, getting heckled at a fundraiser for Rep. Kevin McCarthy.

After Trump’s Capitol Hill meeting, Rep. Carlos Curbelo, Republican from Florida, said the president “mentioned that his daughter Ivanka encouraged him to end this. And he said that he does recognize that it needs to end, that the images are painful.”

A White House official said Ivanka Trump had spoken to the president and has offered her assistance in talking to lawmakers. She’s spoken to McCarthy, as well as some others.

But so far she has not offered any public statement. It’s the latest example of the challenges and calculations faced by the first daughter as she seeks to promote a family-friendly agenda in an administration focused on hardline immigration tactics and protectionist trade policies —under a president whose comments on race, gender and inclusivity have drawn bipartisan rebukes.

The mounting criticism mirrors the harsh spotlight on Ivanka Trump last summer for her silence after the deadly clash involving counter-protesters at a white nationalist rally in Charlottesville, Virginia. At the time, the president pointedly refused to single out neo-Nazis and white supremacists, suggesting there was blame to be shared “on both sides.”

She also stayed quiet when her father unleashed a brutal attack on MSNBC host Mika Brzezinski, questioning her intelligence and saying that she was “bleeding badly from a face-lift” in a December encounter. At the time, Brzezinski and her co-host Joe Scarborough, both called on Ivanka Trump to condemn the remarks.

Ivanka Trump was targeted recently by late-night comedian Samantha Bee over immigration policy, though Bee apologized for using a crude epithet to describe her.

The White House did not immediately comment on any role Trump or Kushner may have played in addressing the immigration controversy.

Last year, Ivanka Trump did offer strong words against Roy Moore, the Republican candidate for Senate in Alabama, who was accused of sexual misconduct with teenage girls during the late 1970s, when he was in his 30s. She told the AP at the time: “There’s a special place in hell for people who prey on children. I’ve yet to see a valid explanation and I have no reason to doubt the victims’ accounts.”

After her father took office, Ivanka Trump said she aimed to “be a force for good and to make a positive impact” in her White House role. Throughout her time in the administration, she has sought to position herself above the fray, arguing in interviews that her focus is on policy and that she is more effective working behind the scenes if she disagrees with her father.

While liberal critics have expressed frustration that she has not done more to temper her father’s conservative agenda, Trump has made clear that she sees limitations to her role.

“I came here with specific areas I could add value,” she said last year in an interview with AP. “In the areas I don’t agree, I state my opinion.”

She and her husband also got criticized by some in the West Wing for being absent during difficult moments; they were off on a ski vacation when the GOP’s healthcare plan collapsed last year.

The crisis at the border has upended the White House, even as the president has told confidants he thinks being tough on immigration will be a winning issue for Republicans in this fall’s midterm elections.

Though the president has repeatedly has put the onus on Congress to come up with a solution, he said Wednesday that he would be “signing something” that would be “keeping families together but we have to keep our borders strong.”

He did not specify what that would be.