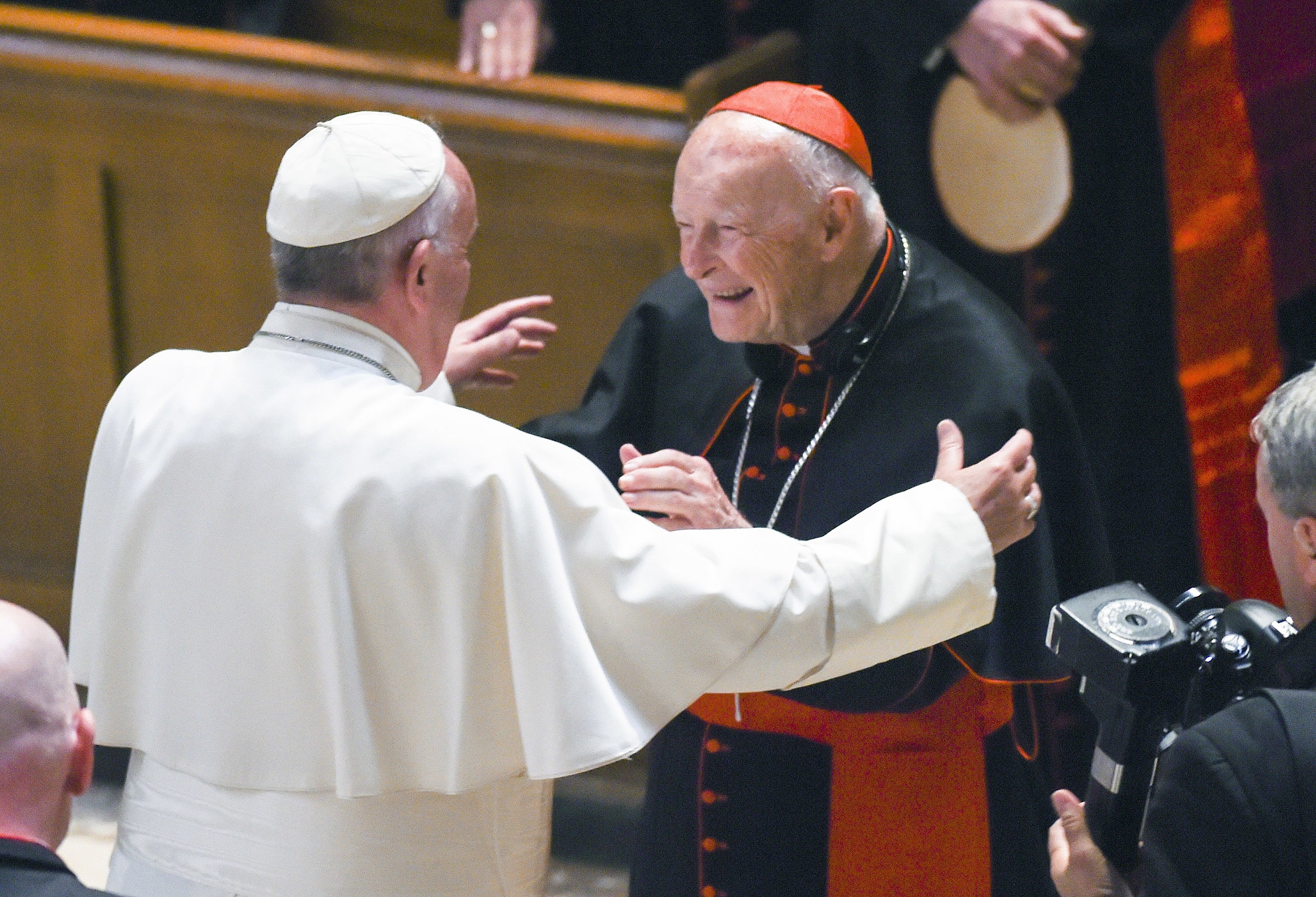 NEW YORK — The retired Roman Catholic archbishop of Washington, D.C., whose sexual misconduct with adults led to previously undisclosed legal settlements, has been removed from public ministry and faces further punishment over a “credible” allegation that he sexually abused a teenager while a priest in New York more than 40 years ago, the church announced Wednesday.

Pope Francis ordered 87-year-old Cardinal Theodore McCarrick’s removal pending further action that could include expulsion from the priesthood after the allegation was found to be “credible and substantiated.” McCarrick is one of the highest-ranking U.S. church officials accused in a sexual abuse scandal that has seen thousands of priests implicated.

McCarrick, the Washington archbishop from 2000 to 2006, said he was shocked by the allegation and denied it in a statement distributed through the church. He said he cooperated in the investigation and accepted the pope’s decision out of obedience to the church.

“While I have absolutely no recollection of this reported abuse, and believe in my innocence, I am sorry for the pain the person who brought the charges has gone through, as well as for the scandal such charges cause our people,” McCarrick said. 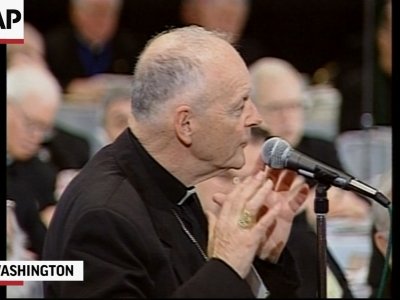 The retired Archbishop of Washington, D.C., has been removed from public ministry over allegations he sexually abused a teenager while a priest in New York more than 40 years ago. (June 20)

Separately, the Newark, New Jersey archdiocese, where McCarrick was a bishop and archbishop, said it was aware of three decades-old allegations against him involving sexual misconduct with adults — no cases there involving minors — and that two of them resulted in legal settlements.

Richard Sipe, a former priest turned clergy abuse expert, said seminarians and young priests complained to him about McCarrick in the 1970s and early 1980s and that he has since interviewed 12 men who alleged that McCarrick propositioned, harassed or had sex with them.

Sipe said he also reviewed settlement documents that detailed some alleged encounters, including one where a man said he “felt paralyzed” as McCarrick wrapped his legs around him and started to kiss and rub him.

McCarrick’s statement did not address the allegations involving adults. The Washington Archdiocese did not immediately return a message seeking additional comment from him.

The church did not specify the year or nature of McCarrick’s alleged abuse of the teenager, or the accuser’s gender or age at the time. New York Archdiocese spokesman Joseph Zwilling said the church was not being more specific “out of respect for the victim’s privacy.”

The church said it notified the authorities and hired outside investigators after learning of the allegation through its compensation program for victims of priest abuse. The Manhattan District Attorney’s office said Wednesday that it investigated and determined a prosecution was barred by New York’s statute of limitations.

The results of the church’s investigation were forwarded to a review board of church figures and lay professionals that deemed the allegation credible and substantiated, the church said.

Cardinal Timothy Dolan said the New York archdiocese knew of no other such allegations against McCarrick, who was a priest in the city from 1958, when he was ordained, until 1981, when he became Bishop of Metuchen, New Jersey.

McCarrick, known to be fluent in seven languages, was archbishop of Newark from 1986 until 2000 and was elevated to cardinal in 2001.

He participated in the 2005 conclave that elected Pope Benedict XVI, presided over the graveside service for U.S. Sen. Edward Kennedy at Arlington National Cemetery in 2009, and celebrated Mass with Pope Francis during his 2015 visit to Washington.

Advocates for abuse victims said McCarrick also undermined efforts to expose abuse and hold perpetrators accountable by opposing an extended statute of limitations for such crimes and vowing not to comply if a law were passed requiring priests to report suspected child abuse.

McCarrick remains in Washington and is in frail health, the church said.

“The abuse of anyone who is vulnerable is both shameful and horrific,” current Metuchen Bishop James Checchio said. “The abuse of a minor by a priest — as is being reported in this case from New York — is an abomination and sickens and saddens us all.”