Schools mum on ties to doc in sex abuse inquiry 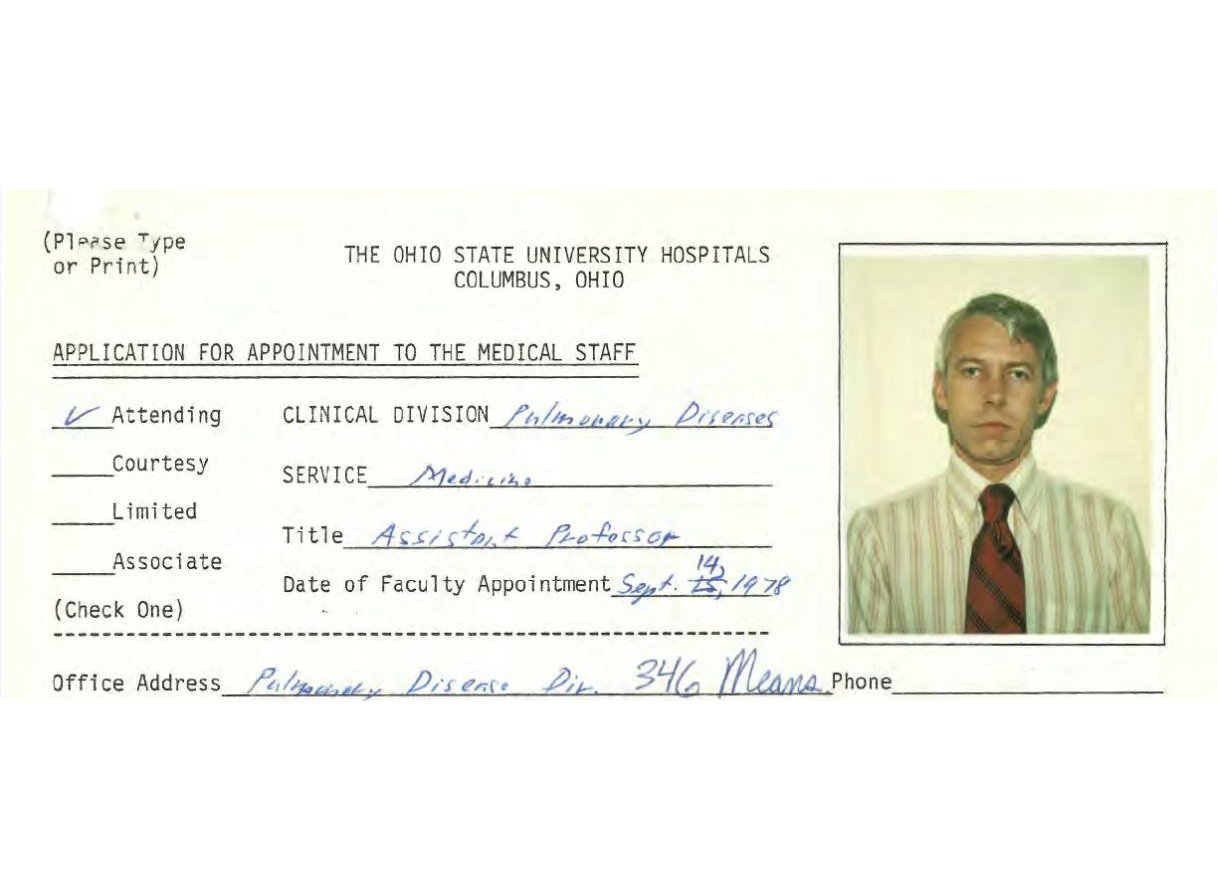 COLUMBUS, Ohio — A now-dead doctor accused of sexual misconduct by former student athletes at Ohio State University said he acted as a team physician at other universities, most of which won’t say if they are reviewing those connections or whether any concerns were raised about him.

Ohio State employment records reviewed by The Associated Press indicate Richard Strauss worked at five schools in the decade between leaving the Navy as a submarine medicine instructor and joining the university in Columbus in 1978.

He “remained within the academic community, acting as a part-time team physician at the universities with which I have been associated,” according to a note from Strauss in 1980, around the time he was being considered for a leadership appointment in sports medicine at Ohio State. He didn’t specify which teams with which he worked or in what capacity.

When contacted by the AP, most of the other schools in Strauss’ work history would say or knew little about any ties to him or whether they were reviewing his work and affiliations.

There is no standard response when schools learn a former employee was later accused of abuse, said Djuna Perkins, a lawyer who has conducted sexual misconduct investigations at dozens of universities. Some schools might investigate to ease any concerns, she said, but some might not see the value in that if no accuser has come forward at the institution.

“It would be typical to at least take a preliminary look to see, was this guy here? Did he have contact with students? And then if he did, was there anything we can do about it or should do about it?” she said.

On the other hand, she said, some schools might think, “Why take huge steps and get everyone rattled if in fact there is nothing?”

In such situations, lawyers would probably advise the school where allegations were raised not to notify other employers of the accused, because such issues are seen as personnel matters and not typically shared, Perkins said.

A spokesman for Ohio State wouldn’t comment on whether it has contacted Strauss’ other listed employers.

But Ohio State has done other outreach, emailing student athletes and other alumni from the mid-1970s to 2001 to ask that anyone with information contact investigators from Seattle-based law firm Perkins Coie.

The resume says he was a medical resident at Rutgers from 1974-75; a research fellow in medicine at Harvard Medical School and Boston’s Peter Bent Brigham Hospital from 1975-77; and a fellow in sports medicine at Children’s Hospital Medical Center in Boston before becoming an Ohio State assistant professor.

The resume also lists him as a “physician for university diving activities” at Washington and Hawaii. Spokeswomen for those schools couldn’t provide further information this week about those activities or his work, and didn’t address questions about whether their schools are reviewing connections to Strauss.

Rutgers hasn’t found any record of Strauss having been an employee or medical resident there, spokesman John Cramer said. Rutgers isn’t aware of any concerns raised about Strauss, he said.

Spokespeople for Harvard Medical School and what is now Brigham and Women’s Hospital said they couldn’t provide further information about Strauss’ work or whether any concerns were raised about him. Harvard spokeswomen wouldn’t say whether his past is being investigated there.

A spokeswoman at the University of Chicago, where Strauss graduated from medical school in 1964, also wouldn’t comment.

Strauss’ personnel file doesn’t indicate whether Ohio State was aware of alleged sexual misconduct. It includes employment- and tenure-related letters in which colleagues praise him as a well-known educator and productive author of articles in his field.

In one letter in early 1984, the dean of the medical college at the time, Manuel Tzagournis, characterized Strauss as “an outstanding individual in every sense” and noted: “Since meeting Dr. Strauss I have never once considered questioning his integrity nor his professional abilities.”

Tzagournis didn’t respond to phone and email messages left for him at Ohio State, where he has an emeritus position.

There are also allegations related to Strauss’ private, off-campus medical office in Columbus, according to a law firm representing the university.

Ohio State said independent investigators have conducted or scheduled more than 130 interviews with people who reported having relevant information.

The Associated Press hasn’t been able to locate relatives who could be asked about the allegations against Strauss, whose 2005 death in Los Angeles was ruled a suicide.

The Strauss investigation comes as universities face heightened attention about the handling of sexual misconduct allegations following the case of former campus sports doctor Larry Nassar at Michigan State University, which recently agreed to a $500 million settlement with hundreds of women and girls who said Nassar sexually assaulted them.

Strauss had a Michigan State link, too. He said he earned his bachelor’s degree there in chemistry in 1960, decades before Nassar attended and worked at MSU.