TravelLab: In a forest on the trail of synchronous fireflies 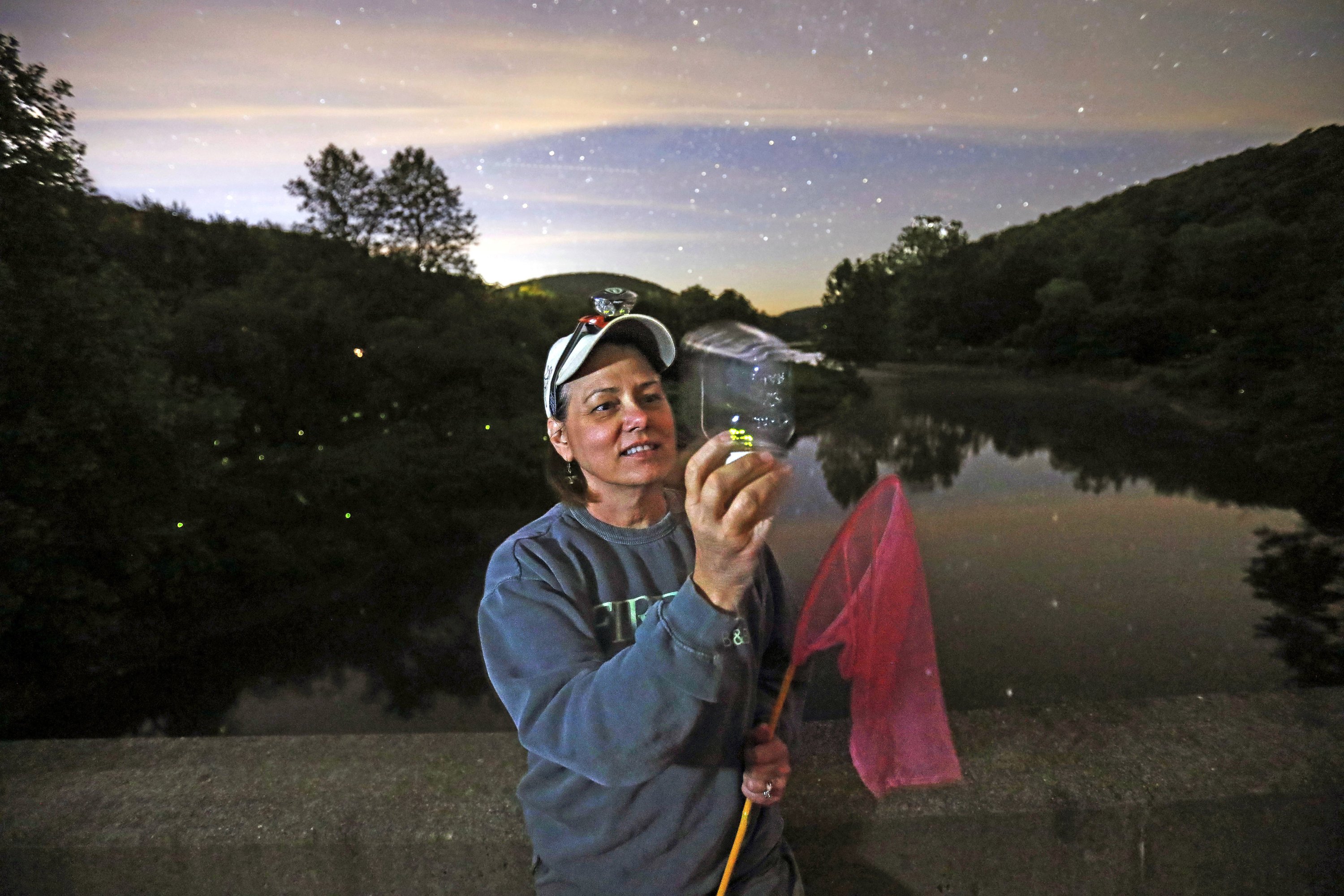 KELLETTVILLE, Pa. — Picture a moonless June evening, shortly after midnight, deep in a northwestern Pennsylvania forest. Wild sounds echo gently. Stars glow far above through the canopy of trees. Otherwise it is dark — so very dark.

But wait. There — right there, to the left — a single tiny light flickers on. And then another. And another. In moments they are switching on and off in stunning synchronicity, as if, deep in the woods, you have come upon a magical summertime Christmas tree. It’s a show of light and nature, biology and dreaminess. It’s everything the glowing screen in your pocket is not.

This is what it’s like to walk smack into a pack of synchronous fireflies — “lightning bugs,” as many of us called them in childhood. But these possess the unique capability of flashing in glorious, almost otherworldly unison.

The display happens every year in North America as spring ebbs into summer. It sweeps north as temperatures warm, up from Tennessee’s Smoky Mountains to, on this night, the thick woods of the 500,000-acre (200,000-hectare) Allegheny National Forest, 100 miles (160 kilometers) from Pittsburgh.

Of hundreds of types of fireflies, these are perhaps the most remarkable. What they do, in a world of mass-produced experiences, is organic and natural and utterly unplugged. 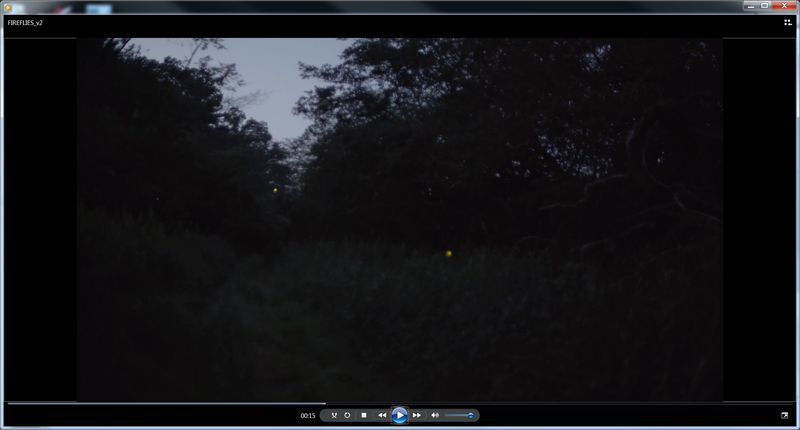 People come from around the world for this. Peggy and Ken Butler organize an annual Pennsylvania Firefly Festival here, offering an intricate, quiet and fleeting experience where science and poetry live side by side.

Visitors come to see the “Chinese lantern” fireflies that seem to float through the air by Tionesta Creek. But they come, most of all, for the synchronous fireflies, that put on their choreographed light show for two weeks in late June in the forest around the Butlers’ Black Caddis Ranch.

“It’s so hard to put into words,” Peggy Butler says. “A lot of people tell us they’re here for a bucket list item. They’re trying to find some missing piece of something.”

To walk on the edge of Tionesta Creek, cross over “firefly island” and wander into the forest to see the synchronous insects glowing and flitting above is to ponder a wonderful question: Where do the fireflies end and the stars begin?

The Butlers moved here from Ohio several years ago with no idea of the bounty in their backyard. Firefly researchers showed up and told them, essentially, “Prepare yourselves. You’re going to get a lot of visitors.”

They did. Last year, more than 500 people converged on their property for the festival. This year, campgrounds are booked for peak firefly season.

The phenomenon injects some economic energy into an area once dominated by sawmills, lumberyards and tanneries. But that traffic comes at a cost: “thousands of people traipsing through the forest, willy-nilly, looking for these things,” as Butler puts it.

Because female fireflies stay close to the ground, as do firefly larva and immature insects, more foot traffic can mean more firefly casualties. And because fireflies light up less when light pollution is present, visitors with flashlights and cellphones can interrupt mating and impact the next firefly generation.

And yet, the appreciation of natural phenomena in an age of videogames and synthetic distractions is worth something, too.

“I’m very actively trying to spend my life not staring at a screen,” says Kiley Voss, 21, of Buffalo, New York, who’s studying conservation biology and interning with the Butlers. “I want to spend my life outdoors and be places where there’s no cell service. This is one of those places.”

THE SCIENCE BEHIND IT

How do they do it? And why?

The first question has an answer. As for the second, firefly experts only have theories.

Synchronous males can see each other light up, and they can reset their internal pacemakers in real time to sync with male counterparts flying nearby, according to researchers.

Females wait below, in brush near the ground. The males light up to attract them, as with most firefly species.

But why? Why light up together, when that would seem to create competition for males trying to entice a female mate? Why create what Sara Lewis, who has researched fireflies for more than two decades, calls “silent synchronous symphonies”?

“It’s still a mystery,” says Lewis, a biology professor at Tufts University in Massachusetts. “Why some, and why not others? Why are they doing it? We still don’t know.”

There are theories. The first, known as “visual clutter,” suggests that it’s to male fireflies’ advantage to cluster so they’re broadcasting in sync with other males in their line of sight, thus attracting female attention.

The second theory, the “silent window,” focuses not on the synchronized lighting but in the pause for darkness between bursts. Perhaps, that theory goes, if they’re all dark for 6 seconds or so, they can more easily see females flashing in the brush below.

The third hypothesis involves a particular species of synchronous fireflies that congregate in “display trees.” If they can coordinate their signals to flash simultaneously, perhaps the brighter light can be seen farther away and entice females to fly into the trees to mate.

“It might be the most burning question in firefly biology that we don’t have an answer to,” Lewis says. “Why should thousands of males who normally would be competing for females’ attention, why should they be cooperating?”

For Butler, biology and romance create something special. The fireflies, in addition to attracting mates, are attracting people to this small patch of Pennsylvania woods.

“There’s this awe, every time. It’s amazing,” Butler says. “And this little bug has brought us so many interesting people.”

SYNCHRONOUS FIREFLIES: The annual Pennsylvania Firefly Festival takes place June 23 at the Black Caddish Ranch and B&B in Kellettville (near Interstate 80) but tours and lodging are sold out; https://www.pafireflyfestival.org and http://www.blackcaddisranch.com. Campsites near the Allegheny National Forest fill up early in the season but plan ahead for next year: https://www.recreation.gov

This is the first in an occasional series of AP stories called TravelLab, exploring the intersection of travel and science. Listen to an AP podcast about synchronous fireflies on iTunes: http://apple.co/2s2ruHY or https://apnews.com/afs:Content:2037340220

This Associated Press series was produced in partnership with the Howard Hughes Medical Institute’s Department of Science Education. The AP is solely responsible for all content.

Ted Anthony, the AP’s director of digital innovation, writes frequently about American culture. Follow him on Twitter at @anthonyted

Smoke forces Melania Trump’s plane back to military base