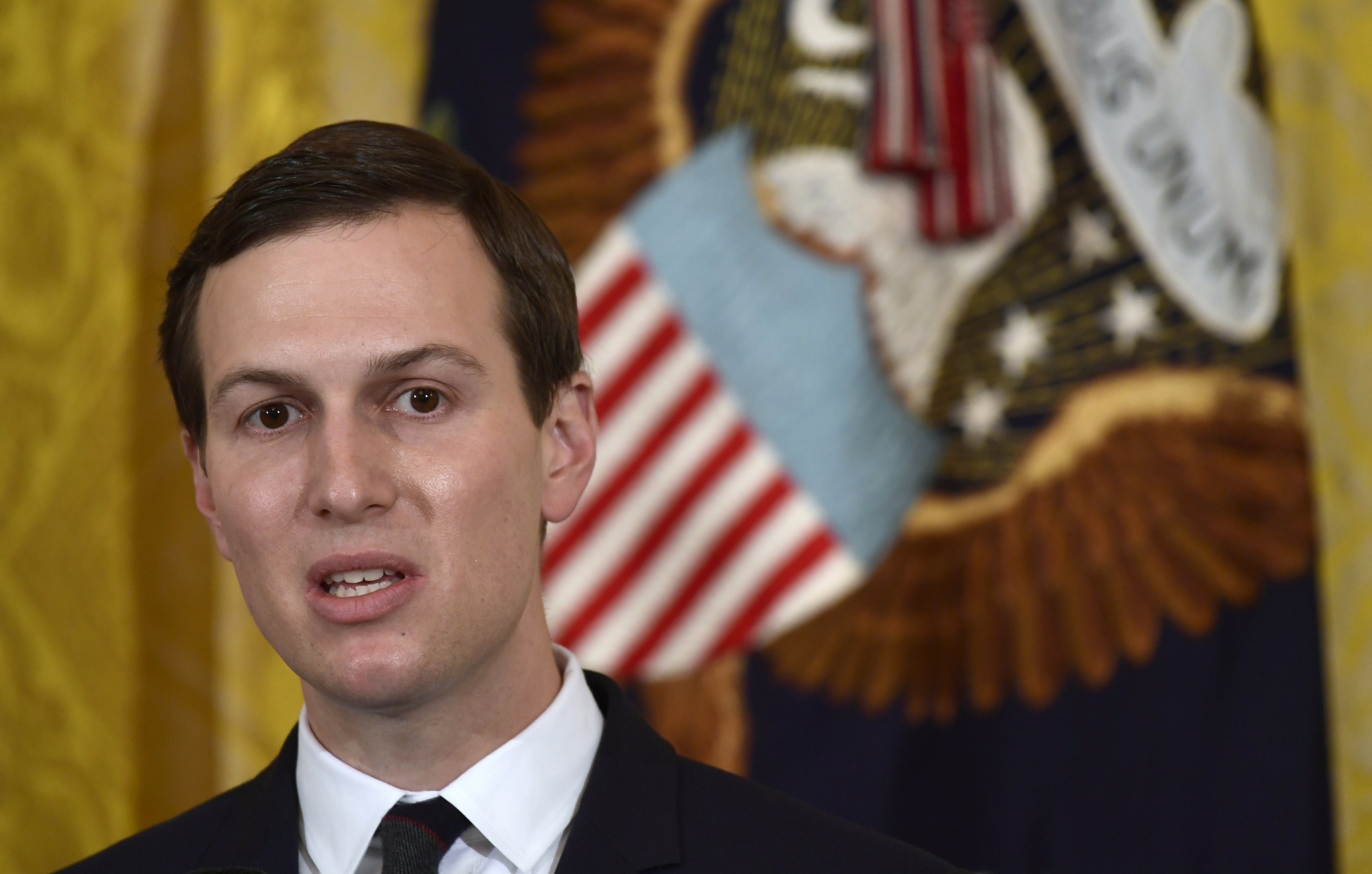 AMMAN, Jordan — On their current Mideast tour, senior Trump administration officials are getting a close-up view of some of the towering obstacles to their yet-to-be-released blueprint for an Israeli-Palestinian peace deal.

Blockaded Gaza — a likely focal point of any future U.S.-endorsed Palestinian entity — has been sinking deeper into a humanitarian crisis in recent months, while cross-border violence between Gaza’s Hamas rulers and Israel flared again this week.

WHAT’S THE PURPOSE OF THE TRIP?

Kushner and envoy Jason Greenblatt issued vague statements, saying they are talking about the “humanitarian situation in Gaza” and U.S. efforts to “facilitate peace between Israelis and Palestinians,” but didn’t even release an itinerary.

They met Tuesday with Jordan’s King Abdullah II and Wednesday with Saudi Arabia’s crown prince, Mohammed bin Salman, acknowledging the talks only after the fact. They are then expected in Qatar, followed by Israel toward the end of the week.

The long-awaited U.S. peace plan isn’t expected to be unveiled before August, following several postponements. In the meantime, the Israeli daily Haaretz reported that the envoys are trying to raise up to $1 billion from Gulf countries for economic projects in Gaza and will bring up the idea in meetings this week.

WHAT’S IN THE U.S. PEACE PLAN?

The Kushner team won’t say. Abbas aides, relying on Saudi information, say they suspect the aim is to get Palestinians to settle for a “mini-state” in Gaza and parts of the West Bank, with a foothold in Jerusalem. This would fall far short of long-standing Palestinian demands for a state in the entire West Bank, Gaza and east Jerusalem, lands Israel captured in 1967, with minor border adjustments.

Abbas has shunned the Trump administration since December, after U.S. recognition of Jerusalem as Israel’s capital, seen by the Palestinians as a blatant show of pro-Israel bias.

Abbas says he will reject any peace proposal made by the White House unless it rescinds its Jerusalem decision. It’s unlikely the administration can find more amenable Palestinian leaders to work with, even after the 83-year-old Abbas, who has no plans to retire, exits the political stage.

WHAT AID HAS BEEN PROPOSED FOR GAZA?

A blockade of Gaza by Israel and Egypt, imposed after the 2007 takeover of the territory by the Islamic militant group Hamas, has taken its toll. The economy is largely gutted, with unemployment soaring and electricity dwindling to a few hours a day. Nearly all groundwater has become undrinkable and untreated sewage is pouring into the Mediterranean.

Long-standing proposals for large-scale infrastructure projects have gained new momentum amid rising fears of a humanitarian crisis in Gaza. In March, the European Union said it collected pledges covering 80 percent of more than $650 million needed for a desalination plant and other water projects. U.N. agencies in Gaza would help implement projects on the ground because the international community largely shuns Hamas over its violent anti-Israel ideology.

However, Gaza aid plans have been overshadowed by the failure of Egyptian-brokered attempts to reach a deal to return control of the territory to Abbas. Hamas balked at handing over weapons, prompting a decision by Abbas to stay out of Gaza altogether.

It’s not clear if any Gulf funds raised by Kushner and Greenblatt would be used for existing or additional projects. Haaretz said the U.S. team envisions setting up some of the infrastructure in Egypt, near the border with Gaza.

WHY DOES ABBAS OPPOSE AID PLANS?

Abbas is suspicious of any U.S. attempts to promote large-scale infrastructure projects in Gaza. He fears that without an acceptable peace framework, such efforts are aimed at pacifying Gaza so it can anchor a Palestinian mini-state.

The Palestinian leadership “will not recognize the legitimacy” of alleged U.S. plans to “separate Gaza from the West Bank under the title of humanitarian aid to Gaza,” an aide, Nabil Abu Rdeneh, said this week.

HOW DOES GAZA FIGURE INTO ANY PEACE DEAL?

For years, Hamas’ tight grip on Gaza vexed Mideast mediators. Abbas couldn’t really claim to represent all Palestinians while militants controlled a large area sought for a Palestinian state. Meanwhile, Israel-Hamas tensions remained a constant source of friction, erupting into three cross-border wars between 2008 and 2014, with smaller flare-ups in between.

Since late March, Hamas has organized weekly anti-blockade marches near Gaza’s perimeter fence with Israel, with some of the protesters burning tires, throwing stones or more recently sending off incendiary kites and balloons that have set Israeli fields on fire.

More than 120 Palestinians have been killed and more than 3,800 have been wounded by Israeli army fire, most of them unarmed, according to Gaza health officials. Meanwhile, Israel has begun responding to “arson kites” with airstrikes against Hamas targets. Hamas, in turn, fired dozens of rockets and mortar shells toward Israel this week.

CAN THE U.S. RELEASE ITS PLAN UNDER SUCH CONDITIONS?

The Trump administration, which has good ties with Saudi Arabia and Egypt, appears to be banking on them to pressure the Palestinians to accept the plan.

Dan Shapiro, a U.S. ambassador to Israel in the Obama administration, believes the administration must soon spell out its peace plan if it hopes to get Arab states to underwrite large-scale Gaza projects. At the same time, he said, such a plan “would almost certainly be dead on arrival if it was presented,” because there’s no direct U.S. contact with the Palestinian leadership.

Shapiro said it makes more sense to try to “keep a two-state solution alive by describing the ultimate outcome, without asking the parties to endorse it or come back to the table to negotiate it.”

So far, the Trump administration has not explicitly endorsed such a solution, which had served as the basis for peace efforts by its predecessors.