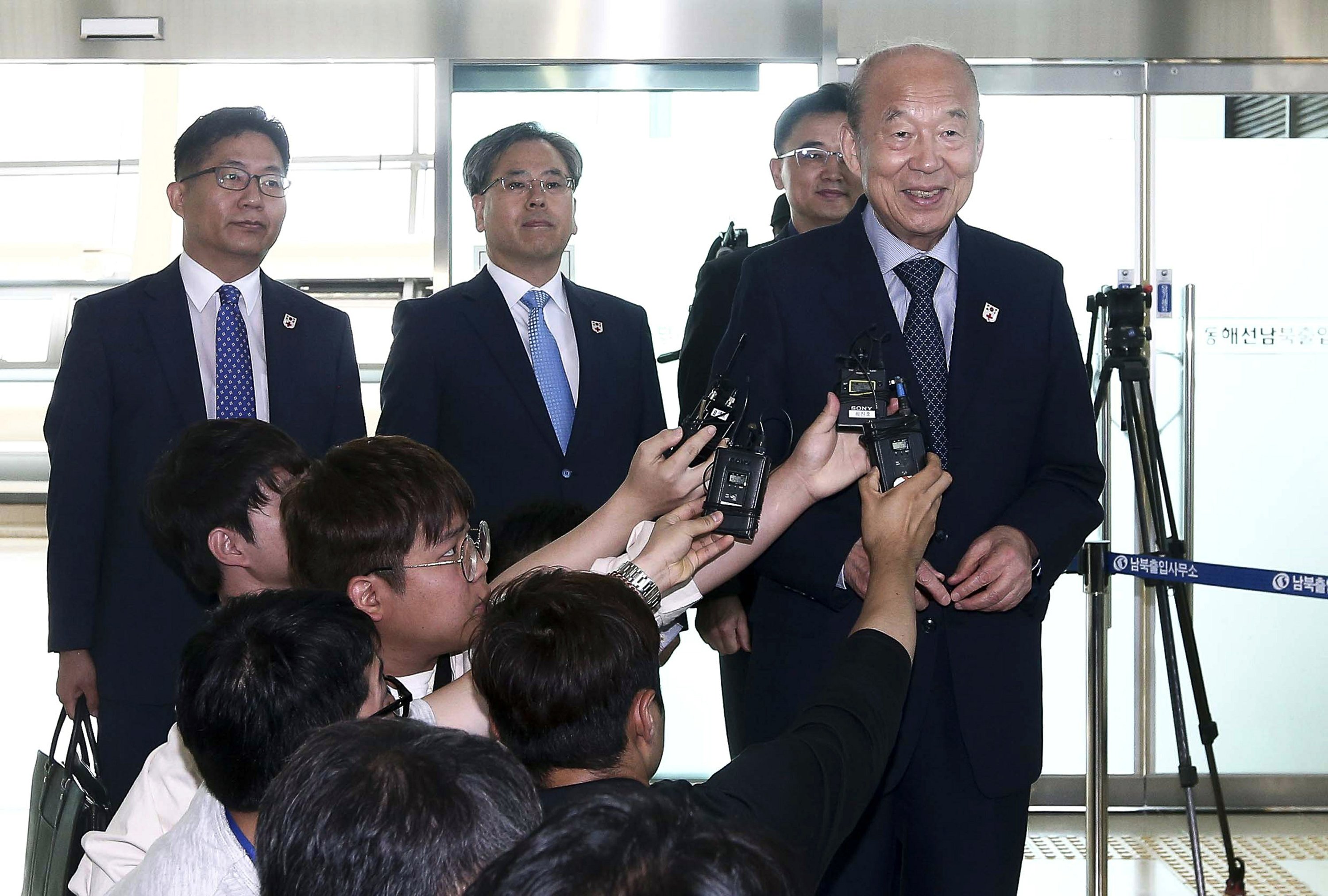 SEOUL, South Korea — North and South Korean officials met Friday for talks on resuming reunions of families divided by the 1950-53 Korean War as the rivals boost reconciliation amid a diplomatic push to resolve the North Korean nuclear crisis.

Seoul’s Unification Ministry said the meeting will discuss ways to carry out an agreement on the reunions made between North Korean leader Kim Jong Un and South Korean President Moon Jae-in during a summit in April.

Kim and Moon met again in May, and their two summits have opened various channels of peace talks between the Koreas. The rivals recently agreed to restore cross-border military hotline communication channels and field joint teams in some events at the upcoming Asian Games in Indonesia.

The Korean leaders in their first meeting agreed to hold the family reunions around Aug. 15, an anniversary celebrated in both countries marking the Korean Peninsula’s independence from Japanese colonial rule at the end of World War II in 1945. Friday’s talks are expected to set up the exact date and location for the reunions and determine the number of people participating from both countries.

Reunion programs are highly emotional as most wishing to take part are elderly people who are eager to reunite with their loved ones before they die. They were driven apart during the turmoil of the Korean War.

The meeting could get contentious if North Korean officials reiterate the country’s demand for the return of 12 North Korean restaurant workers in return for allowing reunions.

Seoul has maintained the 12 women willingly settled in South Korea in 2016 but is now reviewing the circumstances following a media report suggesting at least some were brought against their will. The North rejected a South Korean proposal for family reunions last year, seeking the workers’ return first.

The Koreas last held family reunions in 2015 before relations worsened because of North Korea’s accelerated pursuit of nuclear long-range missiles and the countering hard-line policies of Seoul’s conservative then-government.

Since the end of the Korean War, both Koreas have banned ordinary citizens from visiting relatives on the other side of the border or contacting them without permission. Nearly 20,000 Koreans had participated in 20 rounds of face-to-face reunions held between the countries since 2000.

Aside from setting up a new round of reunions, South Korean officials are likely to propose a full-scale survey to confirm surviving members of war-separated families in North Korea and also allowing cross-border hometown visits and exchanges of letters. It’s unclear whether North Korea would accept such plans.

The limited rounds of reunions are vastly insufficient to meet the demands of aging relatives, who are mostly in their 80s and 90s, South Korean officials say. According to Seoul’s Unification Ministry, more than 75,000 of the 132,000 South Koreans who have applied to attend a reunion have died. None of the past participants has had a second reunion.

South Korea uses a computerized lottery to pick participants for the reunions, while North Korea is believed to choose based on loyalty to its authoritarian leadership. South Korean analysts say North Korea allows only infrequent reunions for the fear of wasting what it sees as an important diplomatic bargaining chip. Pyongyang may also worry that its citizens will become influenced by the much more affluent South, which could loosen the government’s grip on power.

This story has been corrected to say the family reunions, not the meeting, are the first in three years.