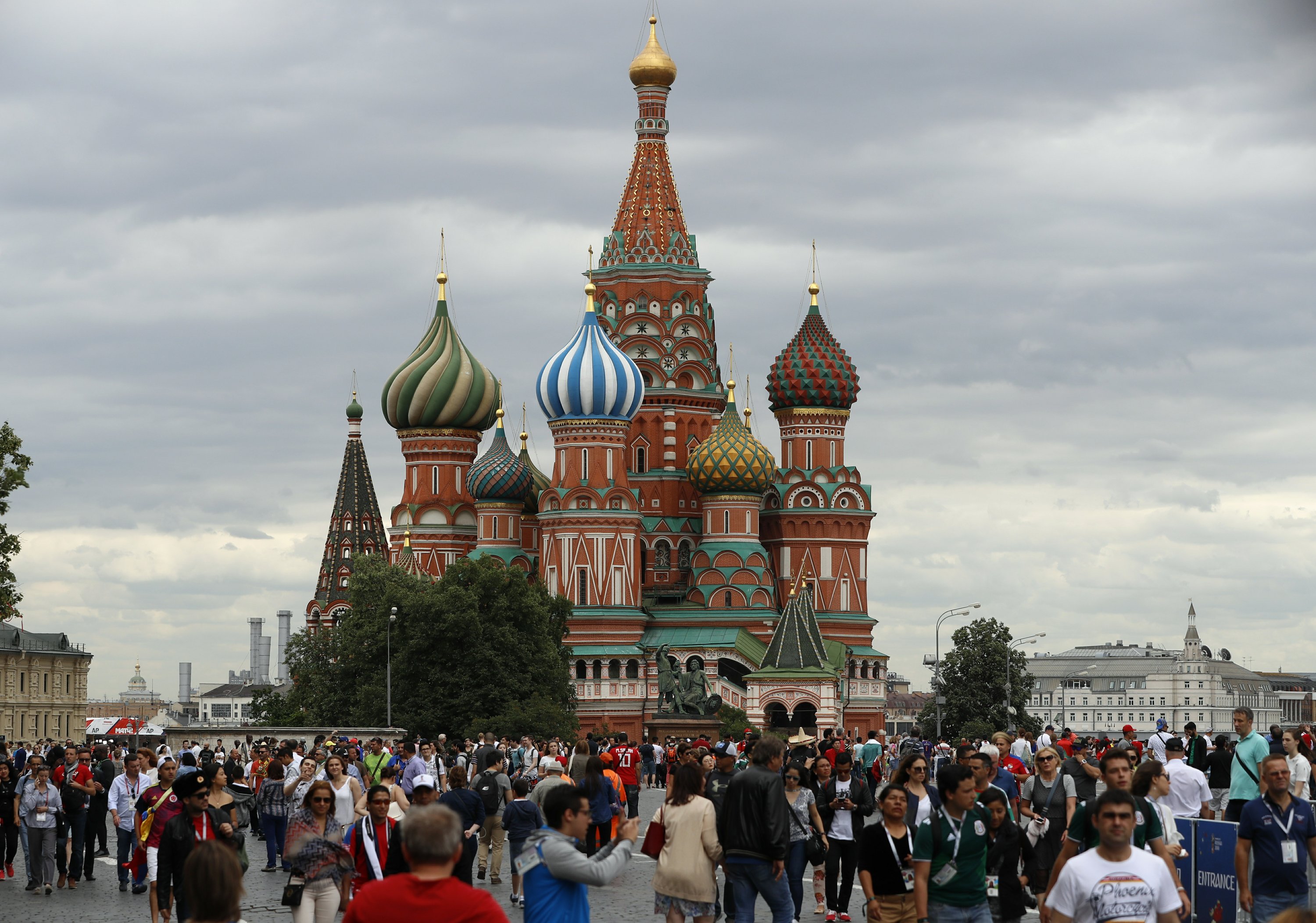 MOSCOW — Wrapped in national flags, jubilant fans dance at midnight in the streets of Moscow, smiling, laughing and cheering.

While foreign spectators from all over the world are having a blast at the World Cup being hosted by Russia, human rights activists are urging them not to overlook the other side of Vladimir Putin’s nation: political prisoners and the harassment of critical voices.

Friday marked the 40th day that Ukrainian filmmaker Oleg Sentsov has been refusing food in a Russian prison. Sentsov, an outspoken opponent of Russia’s 2014 annexation of Crimea from Ukraine, was sentenced in 2015 to 20 years for conspiracy to commit terror acts. He calls the case against him politically motivated and went on a hunger strike in mid-May to demand his release, as well as that of other Ukrainians held by Russia. Western nations have been calling for Sentsov’s release.

Sentsov’s lawyer, Dmitry Dinze, visited him in a prison clinic Friday and said his client has lost about 20 kilograms (44 pounds) and was very frail.

“His condition is bad. He is very weak, very pale,” Dinze told The Associated Press by telephone. Dinze said Sentsov is able to walk, but talking is difficult and he has kidney and heart problems. Sentsov is receiving vitamins and other nutrients through an intravenous line and is refusing to be force-fed.

“He has stated his position firmly. Nobody will be able to talk him out of it, he will continue until his demands are met,” Dinze said.

Russian officials have been saying Sentsov is in satisfactory condition and his health has not suffered.

“This is a double picture of a very bright, very sparkling celebration, but on the other hand, there is an entire abyss of despair,” said Tanya Lokshina, the Russia program director at Human Rights Watch. “It is very important that today those who watch Russia, film Russia, write about Russia see not only this celebration, beautiful by itself, which will come and go, understand even a little bit what today’s Russia is in terms of human rights and basic freedoms.”

Ukrainian rights activist Maria Tomak was among about a dozen people who staged a rally Friday outside the Russian consulate in Kiev, urging Putin to exchange Sentsov and other Ukrainians jailed in Russia for Russians detained in Ukraine.

“The situation around Oleg Sentsov is a threat to everyone,” Tomak said. “If there is some kind of fatal incident with Oleg in Russia during the World Cup, this will look awful, this will lead to (Russia’s) isolation.”

On the opening day of the World Cup, Russian opposition leader Alexey Navalny walked out of a Moscow jail after 30 days behind bars on charges of organizing an authorized rally and resisting police. Two days later, Navalny’s press secretary was released after a 25-day stint in prison.

In the Chechen capital of Grozny, where Egypt’s national team set up its base, Chechen strongman Ramzan Kadyrov was posing for photos with the Egypt star soccer forward Mohamed Salah. All the while, across town, the region’s top human rights activist Oyub Titiev was in a prison on drug charges that he calls fabricated.

International human rights organizations have dismissed the charges against Titiev as fake and have called on FIFA to intervene and seek his release.

Beyond soccer, movie theaters across Russia are playing “Summer,” a romantic period drama about the budding rock scene in the waning years of the Soviet Union that received a standing ovation at the Cannes Film festival in May. But its director, Kirill Serebrennikov, is under house arrest on embezzlement charges, which he denies. The case is viewed by many in Russia as punishment for Serebrennikov’s iconoclastic views and has raised fears of a return to Soviet-style censorship.

Before hosting the Sochi Winter Olympics in 2014, Russia freed its most prominent prisoners, the oil tycoon Mikhail Khodorkovsky and two women from the Pussy Riot punk band. Lokshina called for the same for Sentsov, Titiev and others.

“If this doesn’t happen, the legacy of the World Cup will be clouded by these awful, horrible cases,” Lokshina said.

Independent political analyst Masha Lipman welcomed the festive and positive atmosphere of the World Cup, given that relations between Russia and the West had sunk to their lowest point in recent history. Lipman said that Western leaders have already made their position clear by not attending World Cup games but she says regular fans who have spent a lot of money and effort to come to come to Russia should focus on soccer and enjoy their stay.

“Do you think it would be better if everybody was walking around somber and angry, for tourists and fans to come here and to be looking for what else would upset them? Of course it is better when there is a friendly attitude toward the country,” Lipman said. “At least for a change.”

Inna Varenytsia contributed to this report from Kiev.