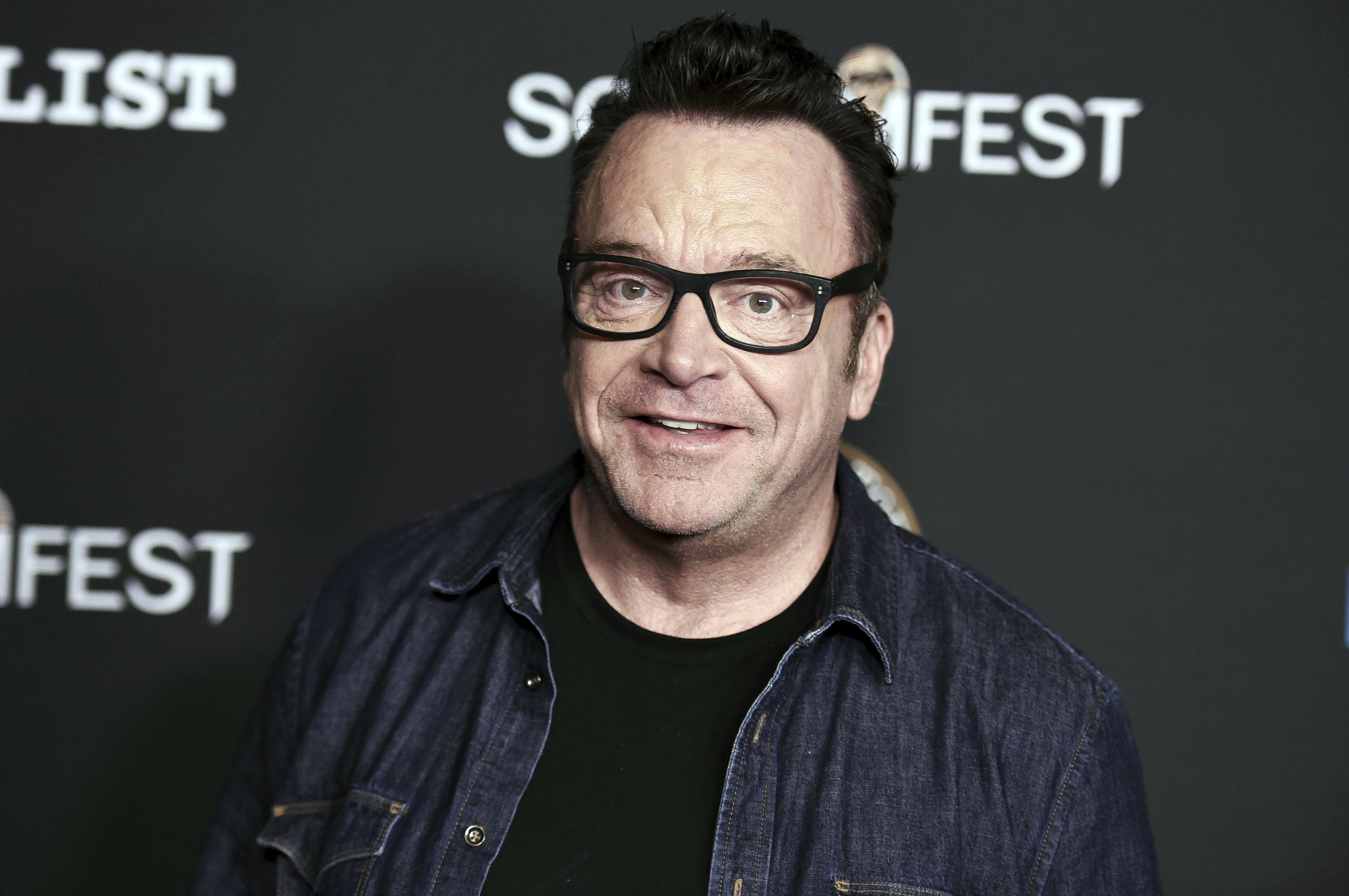 LOS ANGELES — President Donald Trump’s former longtime personal attorney Michael Cohen retweeted a photo of himself with comedian Tom Arnold, who is working on a TV show to hunt down recordings of the president, fueling speculation Friday that Cohen has secret tapes of Trump and is willing to share them.

Last month, Vice Media announced that Arnold would be featured in a new show called “The Hunt for the Trump Tapes” and would investigate rumored recordings of the president.

Arnold told NBC News on Friday that he met with Cohen at the Lowes Regency Hotel in Manhattan and they discussed the new show.

“We’ve been on the other side of the table and now we’re on the same side,” Arnold told NBC. “It’s on! I hope he (Trump) sees the picture of me and Michael Cohen and it haunts his dreams.”

Arnold tweeted the photo with Cohen and the caption “I love New York” on Thursday night and Cohen retweeted it without comment.

Later Friday, Cohen tweeted that he had a “chance, public encounter” in the hotel’s lobby and that Arnold asked to take a selfie.

“Not spending the weekend together, did not discuss being on his show nor did we discuss @POTUS. #done #ridiculous,” Cohen tweeted.

The idea for the show, which is set to air on Viceland later this year, came about after the release of the “Access Hollywood” tape during the 2016 presidential election, which captured Trump bragging about grabbing women’s genitals. In announcing the show last month, Vice said Arnold would “draw on his high-profile network of celebrity friends, entertainment executives, and crew members he’s met over more than 35 years in showbiz to dig for evidence on Trump’s most incriminating moments.”

Arnold tweeted Friday to clarify that it was him who said he was teaming with Cohen to “take down” Trump and that Cohen was not being paid by Vice. Cohen replied, “Thank you Tom for correcting the record.”

For more than a decade, Cohen was Trump’s personal lawyer and fixer, and he has long been a key power player in the Trump Organization and a fixture in Trump’s political life. He regularly threatened lawsuits against those who could pose a challenge to Trump, and a day before the FBI raided his office and hotel room, he tweeted, “I will always protect my POTUS.”

Last week, Trump said he hadn’t spoken with Cohen “in a long time” and said, “He’s not my lawyer anymore, but I always liked Michael.”

Daniels’ former attorney, Keith Davidson, has sued Cohen and alleges he illegally recorded their telephone calls when Davidson represented Daniels. The lawsuit, filed earlier this month in Los Angeles, provided no proof to substantiate the claims and no details on exactly when the calls were recorded.

Submit a confidential tip to The Associated Press at www.ap.org/tips .