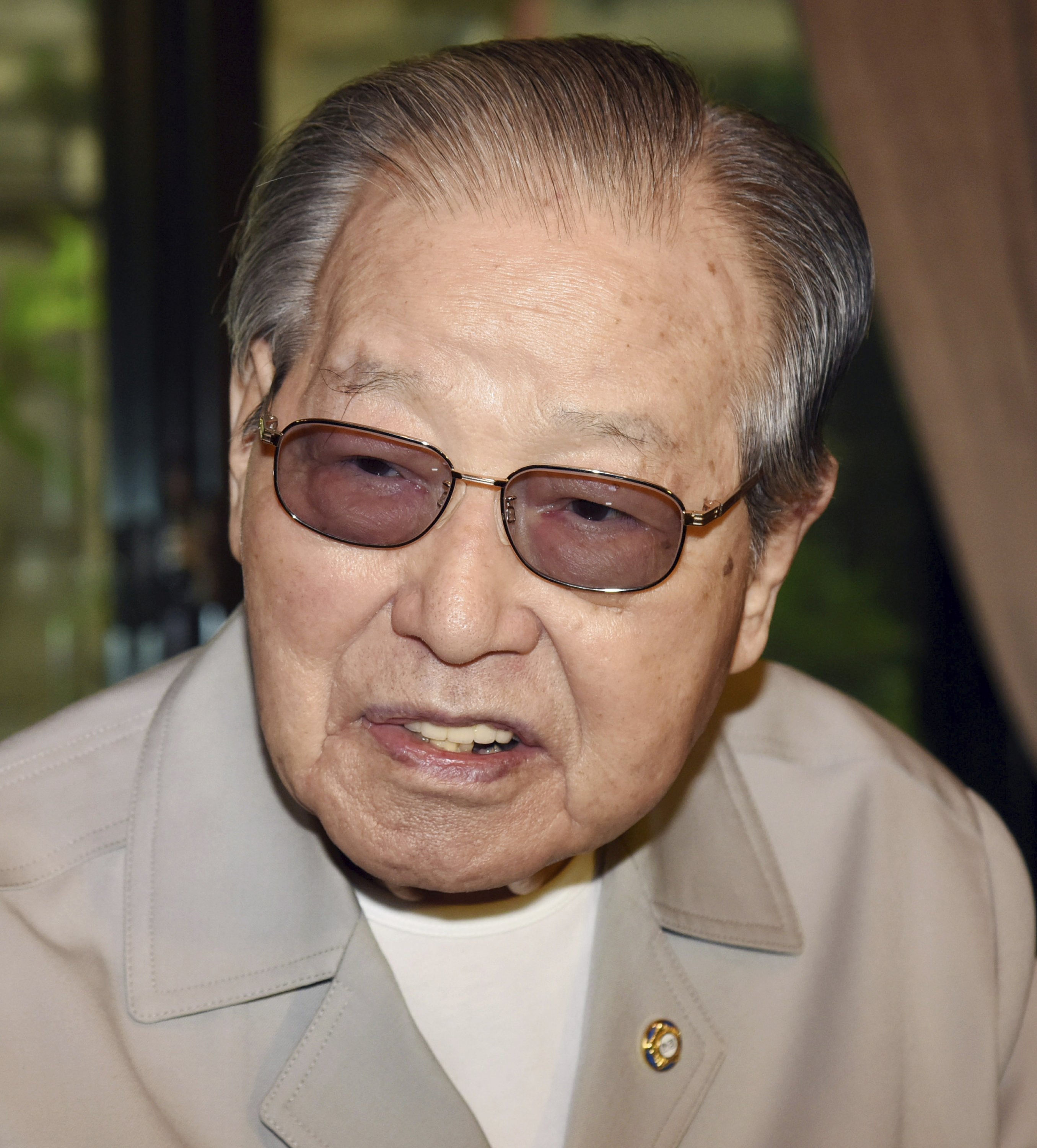 SEOUL, South Korea — Kim Jong-pil, the founder of South Korea’s spy agency whose political skills helped him also serve twice as prime minister, first under his dictator boss and later under a man his agency kidnapped, has died. He was 92.

Kim was declared dead on arrival at Seoul’s Soonchunhyang University Hospital from his home on Saturday, said hospital official Lee Mi-jong. He described the cause of death as age-related complications.

A retired lieutenant colonel, Kim was a key member of a 1961 coup that put army Maj. Gen. Park Chung-hee in power until his 1979 assassination. Park was the father of Park Geun-hye, South Korea’s first female president who was ousted from office last year over an explosive corruption scandal and is now serving a 24-year prison term.

After the senior Park seized power, Kim created and headed the Korean Central Intelligence Agency, a predecessor of the current National Intelligence Service, before serving as his prime minister, the country’s No. 2 post, from 1971-1975.

Park Chung-hee used the spy agency as a tool to suppress his political rivals at home, including then-opposition leader Kim Dae-jung, who became South Korea’s president in the late 1990s.

A government fact-finding panel said in 2007 that KCIA agents kidnapped Kim Dae-jung from a Tokyo hotel in 1973, days before he was to start a coalition of Japan-based South Korean organizations to work for their country’s democratization. It was the first official confirmation of one of the most notorious KCIA operations to stifle dissent.

Kim Jong-pil didn’t direct the agency at the time of the 1973 kidnapping, and 25 years later he joined forces with Kim Dae-jung and helped him win the 1997 presidential election. He served as Kim Dae-jung’s prime minister from 1998-2000 under a power-sharing plan.

The 2007 panel report did not draw a clear conclusion on whether the kidnapping was ultimately aimed at killing Kim Dae-jung, who said his abductors nearly dumped him from a ship at sea before they stopped when a U.S. military helicopter made a low pass over the vessel.

Related to Park by marriage, Kim Jong-pil was his No. 2 man for much of his rule. But after Park was gunned down by his intelligence chief during a late-night drinking party in October 1979 and a new military junta led by Maj. Gen. Chun Doo-hwan seized power through a coup, Kim was accused of corruption and surrendered property worth millions of dollars before moving to the United States.

Kim returned to South Korea after Chun, bowing to weeks of massive public protests, allowed a free, direct presidential election in 1987, which marked South Korea’s transition toward a genuine democracy. Kim founded his own conservative party and ran for the hotly contested 1987 election to compete with Chun’s army buddy and government candidate Roh Tae-woo, Kim Dae-jung and another opposition leader Kim Young-sam.

Roh won the election largely thanks to a split in opposition votes, and Kim Jong-pil placed fourth. The three opposition candidates came to dominate South Korean politics in the so-called “era of the three Kims.”

Kim Jong-pil had enjoyed a strong support from his home turf in central Chungcheong province and people who valued the rapid economic development during Park’s rule. But he never reached a level of support to seriously contend for the presidency and instead became a kingmaker by exercising his political leverage in presidential races.

In 1990, he and Kim Young-sam merged their parties with Roh’s ruling party in a landmark three-way alliance, which eventually helped Kim Young-sam win the 1992 presidential election. The merger of pro-democracy fighters and former coup members invited long-running criticism that it dampened democracy.

After supporting Kim Dae-jung’s successful 1997 presidential bid, Kim Jong-pil and his conservative party members were given several Cabinet posts in the new government. But their coalition fell apart in 2001 because of a dispute over Kim Dae-jung’s famous “sunshine policy” of engaging North Korea with aid and exchange programs. Kim Dae-jung won the 2000 Novel Peace Prize for his efforts to reconcile with North Korea and promote democracy in South Korea.

Dubbed as “perennial No. 2 man,” Kim Jong-pil served as a member of the National Assembly nine times. He quit politics in 2004 after his now-defunct United Liberal Democrats suffered crushing defeats in parliamentary elections.

“I’ve been completely burned to ashes,” he said in a retirement news conference.

Kim is to be buried at a family cemetery in central South Korea after five days of mourning, according to South Korean media.