Manafort wants to bar mention of links to Trump at trial 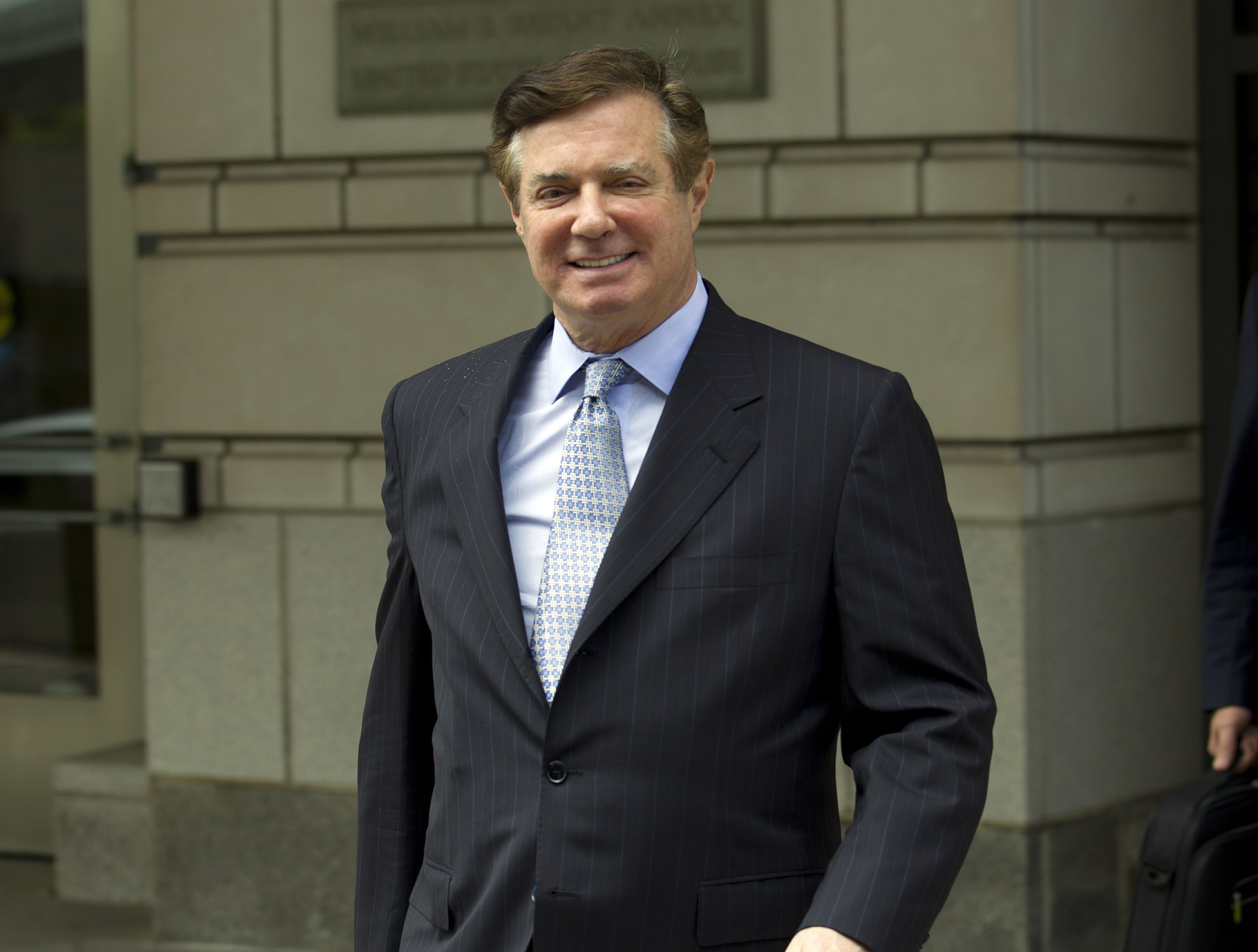 McLEAN, Va. — Attorneys for former Trump campaign chairman Paul Manafort want a judge to bar any mention of Manafort’s connections to the president at his Virginia trial.

Manafort’s lawyers filed their motion Friday in federal court in Alexandria ahead of next month’s scheduled trial. Manafort is charged in Virginia with hiding tens of millions of dollars from the IRS he earned advising pro-Russia politicians in Ukraine. He faces a separate indictment in Washington.

In court papers, Manafort’s lawyers argue that because Manafort’s alleged crimes occurred before he ever served on President Donald Trump’s campaign, any mention of Manafort’s connections to Trump are irrelevant.

“(T)here is a very real risk that the jurors in this case — most of whom likely have strong views about President Trump, or have likely formed strong opinions as to the well-publicized allegations that the campaign colluded with Russian officials — will be unable to separate their opinions and beliefs about those matters from the tax and bank fraud matters to be tried before them in this case,” lawyers Kevin Downing, Thomas Zehnle and Jay Nanvati wrote.

The judge in the Virginia case, T.S. Ellis III, questioned prosecutors sharply at a hearing last month about whether Manafort’s alleged misconduct is sufficiently connected to special counsel Robert Mueller’s mandate to investigate the Trump campaign. The judge’s comments came in a hearing where defense lawyers argued that the case should be tossed out because they believe that mandate is strictly limited to investigating Russian meddling in the 2016 election and whether any coordination with Trump associates occurred.

Ellis has not yet ruled on the motion to dismiss, but he seemed sympathetic to the defense argument at the earlier hearing. He stated flatly at one point: “I don’t see what relationship this indictment has with what the special counsel is investigating.” The judge presiding over the case in Washington, on the other hand, has already rejected similar arguments by Manafort’s team.

Also on Friday, prosecutors with Mueller’s office filed a motion seeking to bar Manafort from arguing he’s a victim of vindictive prosecution. Prosecutors also want to bar Manafort’s lawyers from telling jurors that the government investigated Manafort years ago only to decide against pursuing the case. Prosecutors say that assertion is untrue.

“The government’s reasons for initiating a prosecution have nothing to do with whether the evidence at trial proves the elements of the charged offenses, which is the sole question that the jury must answer,” prosecutors Andrew Weissmann, Greg Andres and Uzo Asonye wrote.

A pretrial hearing in the Alexandria case is scheduled for June 29.