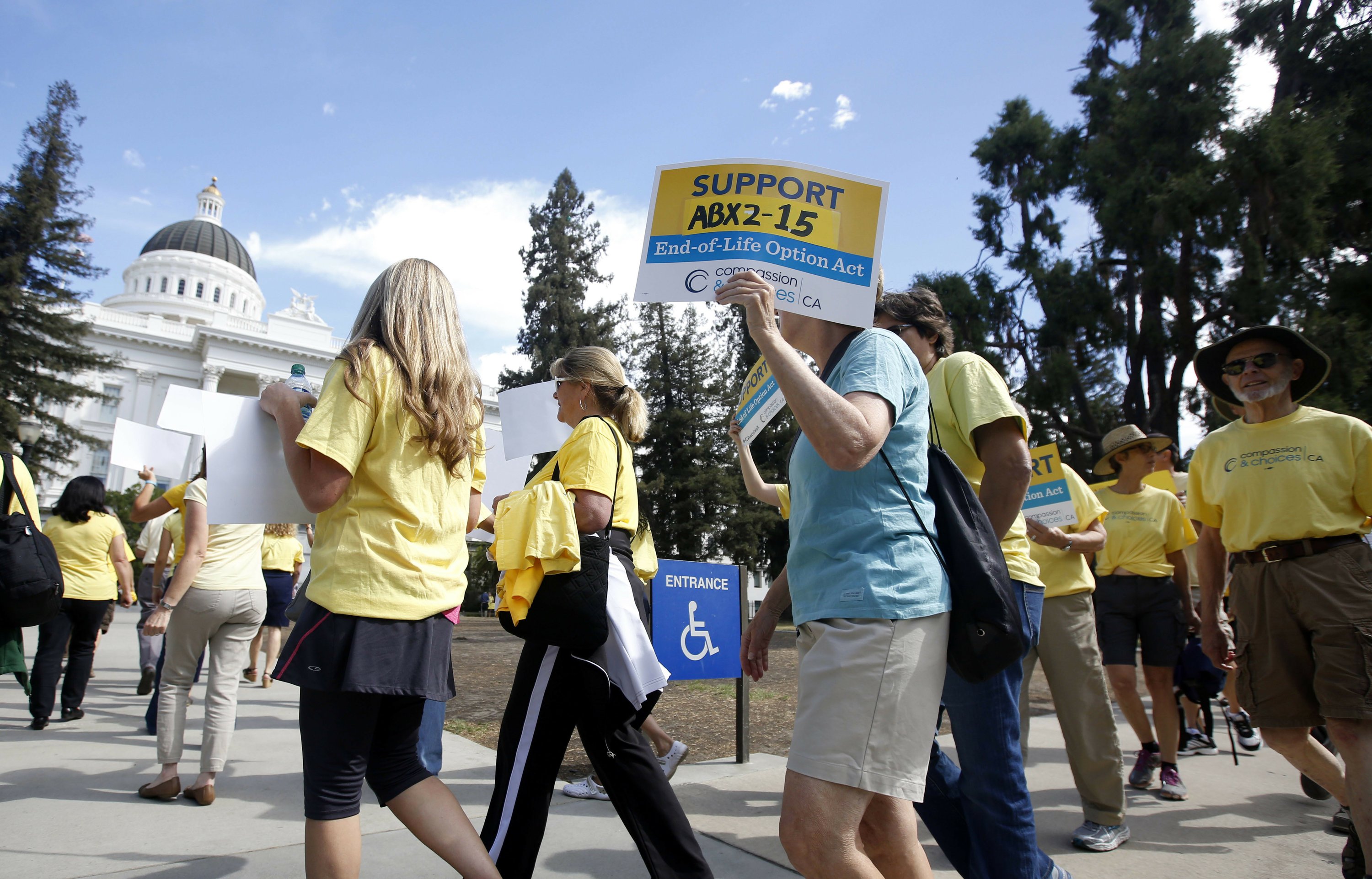 SACRAMENTO, Calif. — California health officials reported Friday that 374 terminally ill people took drugs to end their lives in 2017, the first full year after a law made the option legal.

The California Department of Public Health said 577 people received aid-in-dying drugs last year, but not everyone used them. The law allows adults to obtain a prescription for life-ending drugs if a doctor has determined they have six months or less to live. They can self-administer the drugs.

Of the 374 who died, about 90 percent were more than 60 years old, about 95 percent were insured and about 83 percent were receiving hospice or similar care. The median age was 74.

The figures are more than double those from the first six months after the law went into effect June 9, 2016. In those early months 191 people received life-ending drugs, while 111 people took them and died.

Riverside County Superior Court Judge Daniel Ottolia ruled in May that the law is unconstitutional because it was adopted illegally when lawmakers passed it during a special Legislative session called to address health issues. An appeals court last week reinstated the End of Life Option Act, but gave opponents until July 2 to file objections.

The law passed in California after 29-year-old Brittany Maynard, who was dying from brain cancer, had to move to Oregon in 2014 so she could end her life. Doctor-assisted deaths are also legal in Colorado, Montana, Vermont, Washington state and Washington, D.C.

Critics argue the law can prompt hasty decisions and misdiagnoses and less use of palliative care, in which dying people can be sedated to relieve suffering. Supporters say it gives people the choice to ease what otherwise might be a lingering and painful death.

“The worst case scenarios predicted by opponents to the Act have not come to fruition,” Democratic Sen. Bill Monning of Carmel, who carried the original legislation, said in a statement. “To me, this indicates that physicians are talking to their patients and that their patients are being thoughtful in considering the use of the Act.”

Most of the recipients were college educated and receiving hospice or similar care, which “helps to refute some of the claims that were made by those opposed to the process” that those taking the drugs were uneducated or lacking in other options, said Ashley Cardenas, policy and programs director for the advocacy organization Compassion & Choices.

State health officials reported Friday that 632 people, the majority of them with cancer, started to use the law last year by making two verbal requests to their physicians at least 15 days apart.

The 374 people who died include 11 people who were prescribed drugs in 2016 but died last year.

Another 86 people were prescribed the lethal drugs but died without taking them, while the fate of the remaining 128 people wasn’t reported.