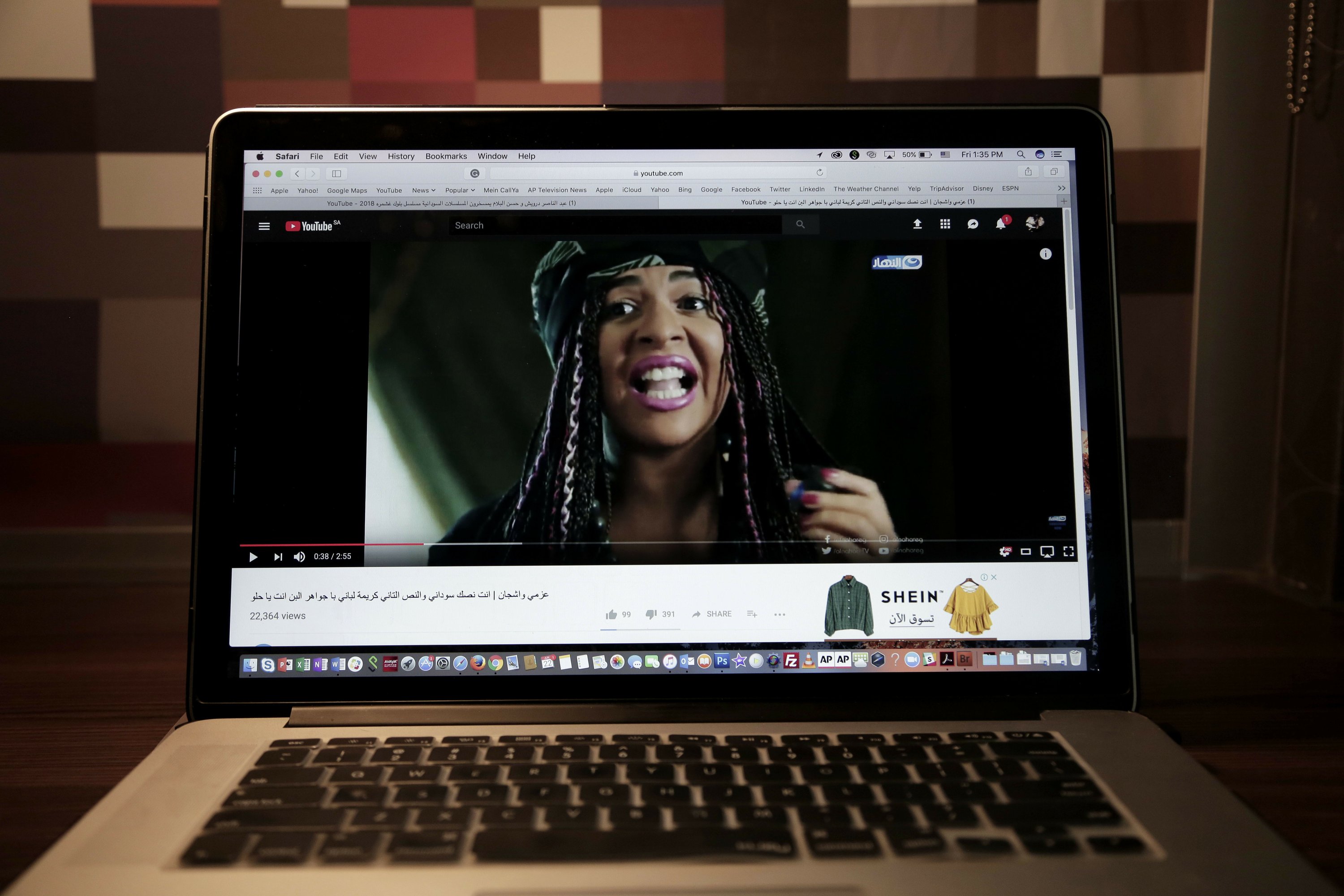 DUBAI, United Arab Emirates — In an attempt to capitalize on what’s become a ratings bonanza for Arabic satellite channels during the Muslim holy month of Ramadan, two comedies struck the wrong chord with audiences when their lead actors appeared in blackface, a form of makeup that darkens the skin to represent a caricature of a black person.

Criticism was swift on social media, but failed to trigger a deeper discussion on racism in the Middle East.

The shows — one produced in Egypt and the other in Kuwait — also poked fun at Sudanese culture, making a mockery of the Sudanese Arabic dialect and portraying darker skinned people from Sudan as either poor or lazy.

In the Egyptian show called “Azmi We Ashgan,” which aired on the privately owned Al-Nahar channel, comedian Samir Ghanem and his daughter Amy Ghanem appear in blackface, wearing wigs with Rastafarian-looking braids.

Amy’s character is a half-Sudanese, half-Malawian housemaid who works for a rich, older Egyptian man who makes unwanted sexual advances toward her. Her father onscreen, played by her real-life father, arrives at the house in hopes he too can live there.

Her boss responds in anger, saying: “Did I get this house for fun or did I buy it to set free some slaves?”

In another sketch aired on state-run Kuwait TV, an ensemble of Kuwaiti actors appear in blackface, wearing traditional Sudanese turbans and jalabeyas, the long garment worn by men in Upper Egypt and Sudan.

In the show, called “Block Ghashmara,” Kuwaiti actor Dawood Hussein’s character lounges around on a daybed and constantly falls asleep. He repeatedly says “ayy” in a horse-like pitch, exaggerating the Sudanese dialect.

The backlash from Sudanese viewers was swift, prompting Hussein to issue an apology for what he said was a “misunderstanding with our brothers, loved ones and family in Sudan.”

“I have the bravery to apologize if this offended people and I don’t want anyone offended by me,” he said. In a nod to Sudan’s often overlooked contribution to Arab Gulf countries, he also noted that he was proud to have been taught by Sudanese teachers in Kuwaiti schools.

Khalid Albaih, a Sudanese political cartoonist living in Denmark who spoke out online against the skits, said it surprised him that so many actors, writers and producers on both shows didn’t stop to question the offensive nature of the scenes before they aired.

“They need to figure out a better way to represent black people,” he told the AP. “It is laziness and a lack of talent that gets an actor to do that.”

When a viewer similarly criticized the Egyptian show “Azmi We Ashgan” on Twitter for relying on old racist tropes for laughs, writer Ahmed Mohy responded that the show did not mean to insult anyone, but he also defended the show’s take on humor.

“There’s no difference between someone who is black or white. It’s normal to also show a white person as a janitor or waiter, just as we can show a black person working in any job,” he wrote on Twitter.

Despite criticism on social media, the exchanges failed to produce a bigger society-wide discussion, analyst Hana Al-Kharmi wrote in an opinion piece for Al-Jazeera.

“There is almost no public debate about it within the wider Arab society. On the contrary, there is a popular outright denial that racist attitudes against black people exist,” she wrote.

After seeing the Kuwaiti show online, Sara Elhassan, a 33-year-old Sudanese-American writer based in Phoenix uploaded videos on Instagram criticizing the show and its depiction of Sudanese people.

“Everybody knows there is a discrimination issue in the Middle East when it comes to black people or darker skinned people,” she told The Associated Press in a phone interview, “but people are still in denial a little bit about it.”

Since then, attitudes in the U.S. have shifted. As the Ramadan shows were airing, a major television network in the U.S. was quick to cancel the popular reboot of “Rosanne” after its star, Roseanne Barr, posted a racist tweet that referred to a former adviser to Barack Obama as a product of the Muslim Brotherhood and “Planet of the Apes.”

ABC announced Thursday it will air a spinoff of the show without its star this fall, rebranding it as “The Conners.”

Film critic and curator Joseph Fahim said part of the problem in tackling racism in Arab media is that there’s a general lack of understanding among audiences in the region as to why these skits are offensive.

“There isn’t a culture of sensitivity,” Fahim said. “It’s not there. It’s not as if this has been thought through. It wasn’t even thought out. This is how it’s been done over decades, and people think that it’s OK.”