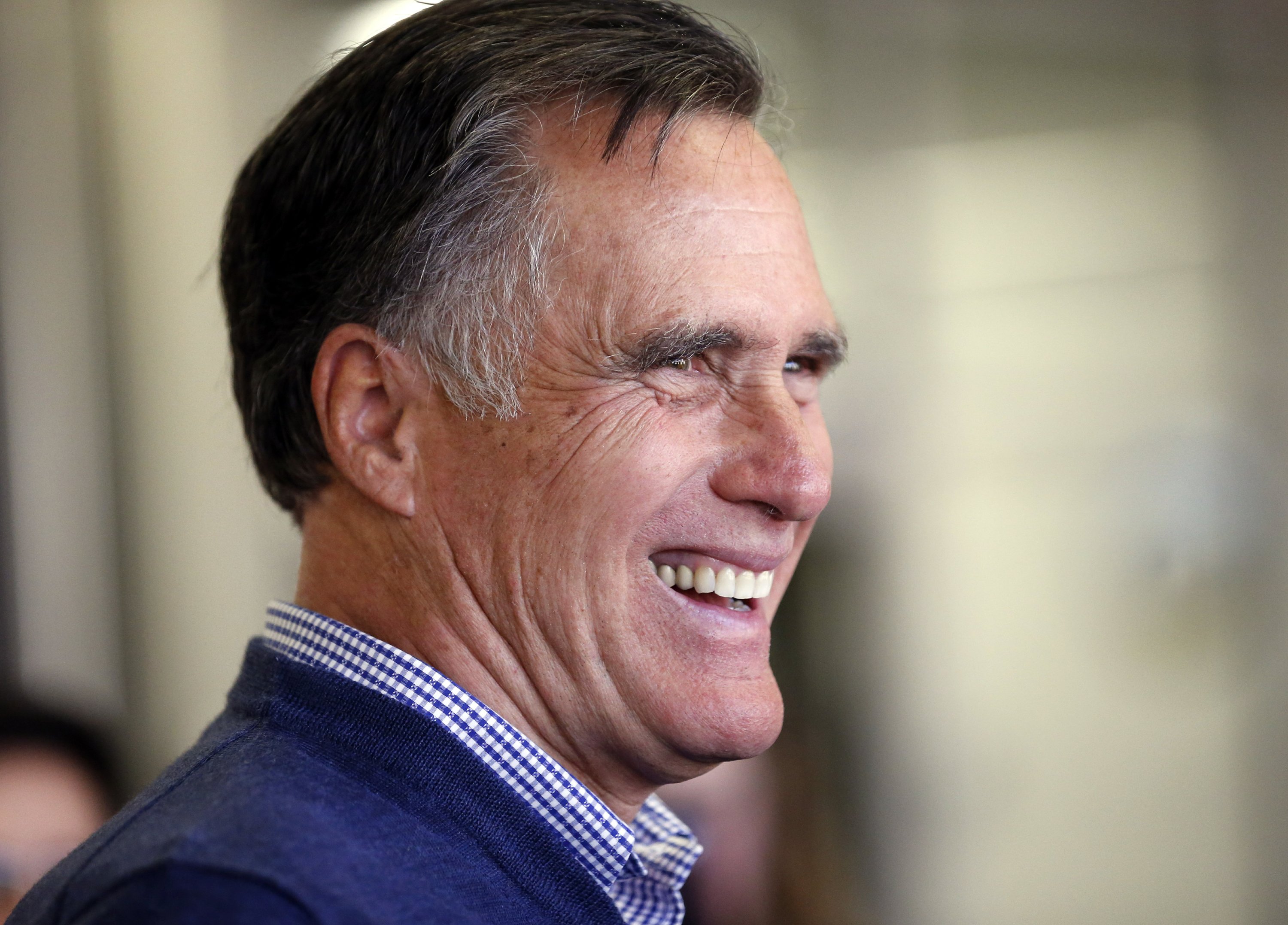 PARK CITY, Utah — Mitt Romney did not ride a donkey.

But the one-time presidential nominee and now candidate for Senate did cheer enthusiastically at a donkey basketball game, campaigning on the ground in Utah like a homegrown hero — even though he grew up somewhere else. What he isn’t doing much is talking about President Trump.

Romney was once a leading figure in the “Never Trump” movement, but now he says he wants to work with the president. What does his evolution mean for Republicans still opposed to Trump?

Romney, the Republican presidential nominee in 2012, has dropped his harsh critique of Trump as he mounts a political comeback as a Senate candidate in Utah ahead of a June 26 primary. Romney recently surprised his most loyal supporters, who include many Trump critics, by predicting the Republican president would win a second term in 2020. He also downplayed concerns about Trump’s policies on trade, spending and national security — the same policies he warned, in a high-profile 2016 speech, would trigger an economic recession and jeopardize national security.

“I think President Trump will be re-nominated by my party easily and I think he’ll be re-elected solidly,” Romney told dozens of supporters at a luxury Utah resort.

Romney’s team is downplaying the significance of his new position, but by embracing Trump’s re-election he’s sending a strong message to the president’s Republican critics just as they’re beginning to contemplate strategies to stop — or at least slow — his 2020 re-election. The message, according to some Republicans who shared their reaction on and off the record: “No matter how you feel, stop fighting Trump; it’s not worth it.”

While many Republicans in Congress got that message after the 2016 election, for a smaller group of others, quiet conversations had continued about the possibility of mounting a 2020 challenge against him — either in a Republican primary or as an independent. High-profile Republicans such as Arizona Sen. Jeff Flake and former Ohio Gov. John Kasich are openly contemplating such a move.

Romney’s position doesn’t kill their prospective plans, but it certainly makes them harder to pull off with any kind of legitimacy.

Will Romney continue his deferential tone with Trump after his Republican Senate primary on Tuesday? In a heavily Republican state, his election to the U.S. Senate is all but assured if he wins the June 26 primary as expected.

Many Trump skeptics in the Republican establishment hope Romney will emerge as a Trump cudgel when he gets to Washington.

Either way, the 71-year-old Republican leader should have an extraordinary megaphone on Capitol Hill that will help elevate his standing as a freshman. As a former presidential nominee, he’s sure to command attention wherever he goes. It remains unclear, however, whether he’ll use that status to challenge the president he once called “a con man.”

Despite all the interest in his relationship with the president, Romney isn’t running as a big shot.

The one-time political celebrity is turning down national media requests in favor of local outlets. On the ground in Utah, he’s kept a packed schedule, campaigning at local parks, private homes and sporting events— including that donkey basketball fundraiser, where he cheered on a 4-H group mounted on donkeys and shooting hoops.

The aim is to convince Utah voters that he knows state issues and priorities. And he’ll use his clout on their behalf in Washington.