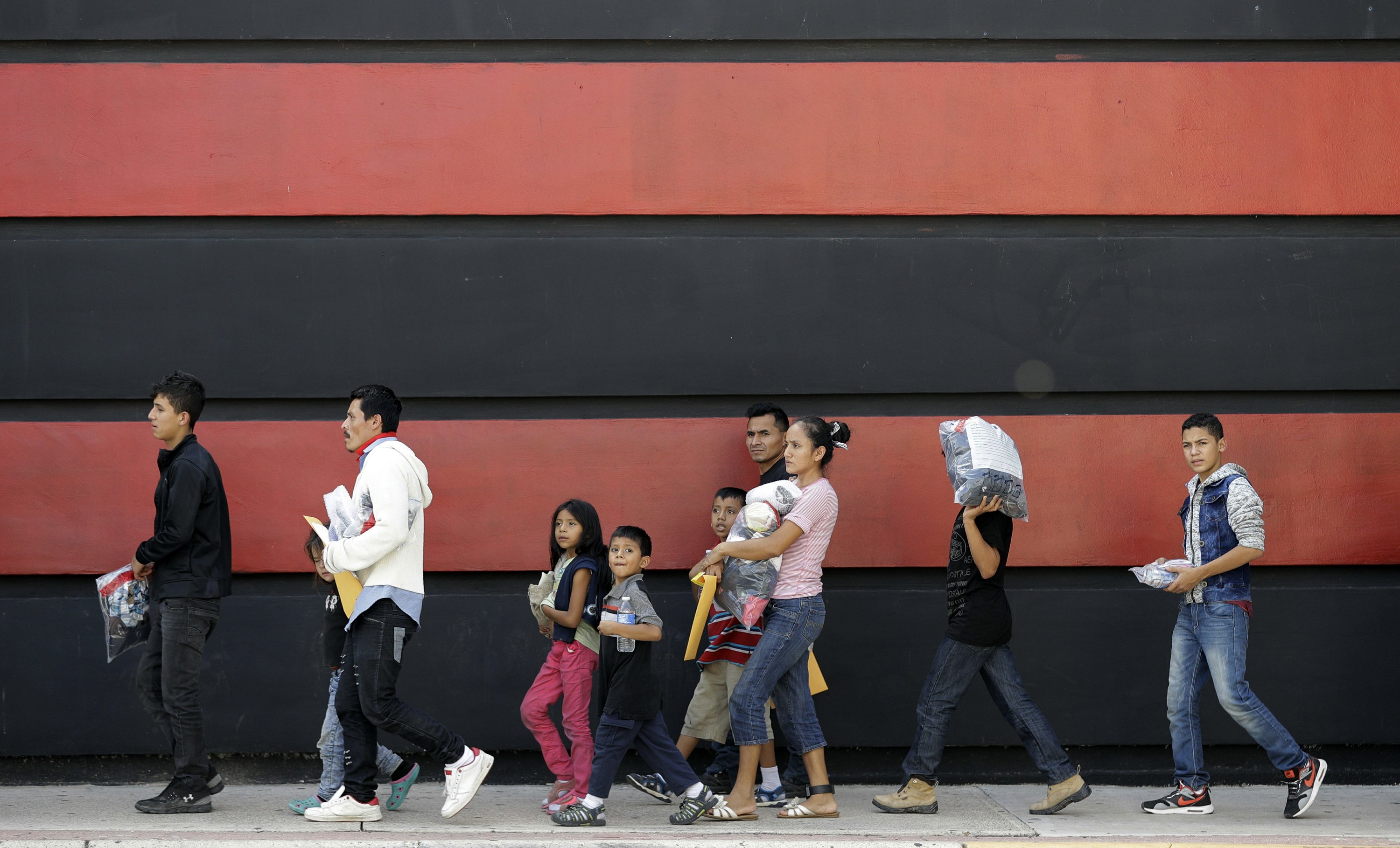 1. TEXAS GROUP TAKES IN ABOUT 30 PARENTS SEPARATED FROM KIDS

AP learns that the release is believed to be the first, large one of its kind since Trump signed an executive order that ended the practice of separating immigrant parents and children.

2. WHERE DONATIONS, VOLUNTEERS ARE SURGING

A rest center for asylum-seekers in McAllen, Texas, has had to rent additional storage space for donated goods, and caravans of volunteers from across the U.S. have showed up at their doors.

3. WHAT MAY BE THE END GAME IN MUELLER PROBE

Deputy Attorney General Rod Rosenstein may end up wrestling with a dilemma of how much to reveal about Trump’s actions in the event the president is not indicted.

In light of allegations of sexual abuses by team physicians at Michigan State and Ohio State, some schools are exploring whether more oversight is needed.

Forced to trek for miles without food or water in temperatures approaching 118 degrees, some collapse into the sand and are never heard from again, an AP investigation finds.

Pyongyang opts not to hold this year’s “anti-U.S. imperialism” rally marking the start of the Korean War in another sign of detente with the United States.

Recep Tayyip Erdogan, who has dominated Ankara politics for the past 15 years, is poised to extend his rule with sweeping new powers.

Multiple attempts to locate the 12 boys and their soccer coach missing in a flooded cave complex in northern Thailand for nearly two days have failed, but officials say they believe they’re still alive.

9. WHO SHINED AT BET AWARDS