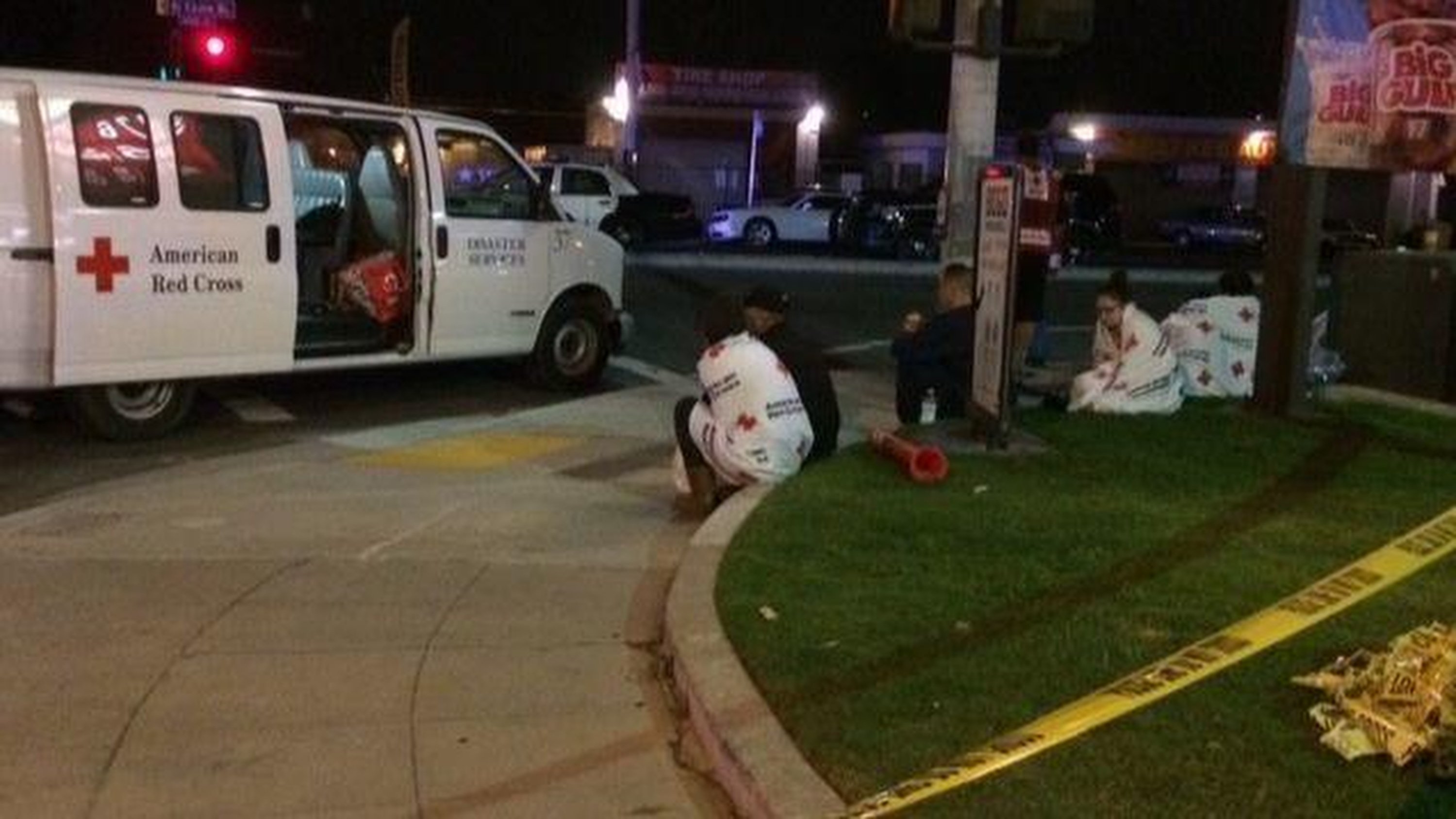 SAN DIEGO — A man opened fire on police and firefighters at a San Diego condominium, wounding two officers and sending bullets into nearby units before he was found dead, authorities said Sunday.

Police Chief David Nisleit said the two male officers were expected to recover, with one in serious condition and the other with less serious injuries, the San Diego Union-Tribune reported .

“It’s the worst call you can ever get,” Nisleit told reporters. “When you get that call, your stomach just sinks, and you’re just hoping that nobody dies.”

He didn’t release the names of the wounded officers, saying one of them has three years of experience on the force and the other has 18.

Three officers had responded to a report of a violent disturbance and knocked on the door. They got no response but smelled what they believed was smoke and called the fire department, police said.

They forced open the door, and “they were met by gunfire,” Nisleit said.

Two officers fired back in a gunbattle that sent bullets into nearby condos. Authorities evacuated people from the complex and sent in a robot to check on the suspect, whose name wasn’t released. 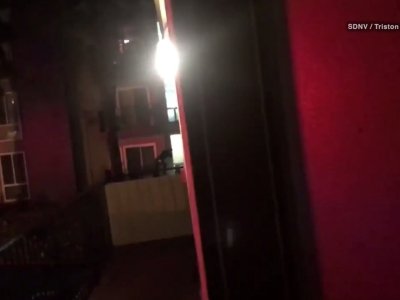 Authorities say two officers were wounded when a man opened fire at a San Diego condominium. Video taken by a resident nearby captured the sound of the gunshots, and police scrambling to the scene. (June 24)

Police found him dead, but it was not clear if he died in the shootout or killed himself. Nisleit said officers have been called to the condo in the past but did not elaborate.

Triston Peyton, 18, who lives in the complex, said he heard an argument and then gunfire about 30 minutes later.

“At first I thought it was trash cans banging or something, I didn’t really take it as serious,” he said. “And then I heard more gunshots go off and then I was like, ‘Go upstairs, go upstairs’ to my little brothers and sisters that were in the house.”

Peyton said his younger siblings were scared and he told them to stay in the bathroom and lock the door. He looked outside, hearing more shots and seeing broken glass about 30 steps from where he lives.

In video he took, two barrages of gunfire are heard amid wailing sirens and emergency lights. Responders run down the street near a firetruck and glass breaks.

Peyton said he saw a bloodied officer walking out of the complex.

“That’s basically all I saw tonight, just gunshots and horror,” he said.

Matthew Bezrouch, who lives a few doors down from the suspect’s condo, told the newspaper that he heard at least 20 rounds after officers tried to enter.

“It was fast,” Bezrouch said. “They were screaming, ‘Two officers down, bleeding!’

He said he heard one last gunshot after more officers arrived.

Megan Ashdown, 23, and her boyfriend, William Blood, 24, said they heard 15 or more shots as they watched TV.

“We got in bed, locked the door and turned out the lights,” Ashdown said. “We were too scared to look out the window.”

Police later got the couple out.

Smoke forces Melania Trump’s plane back to military base