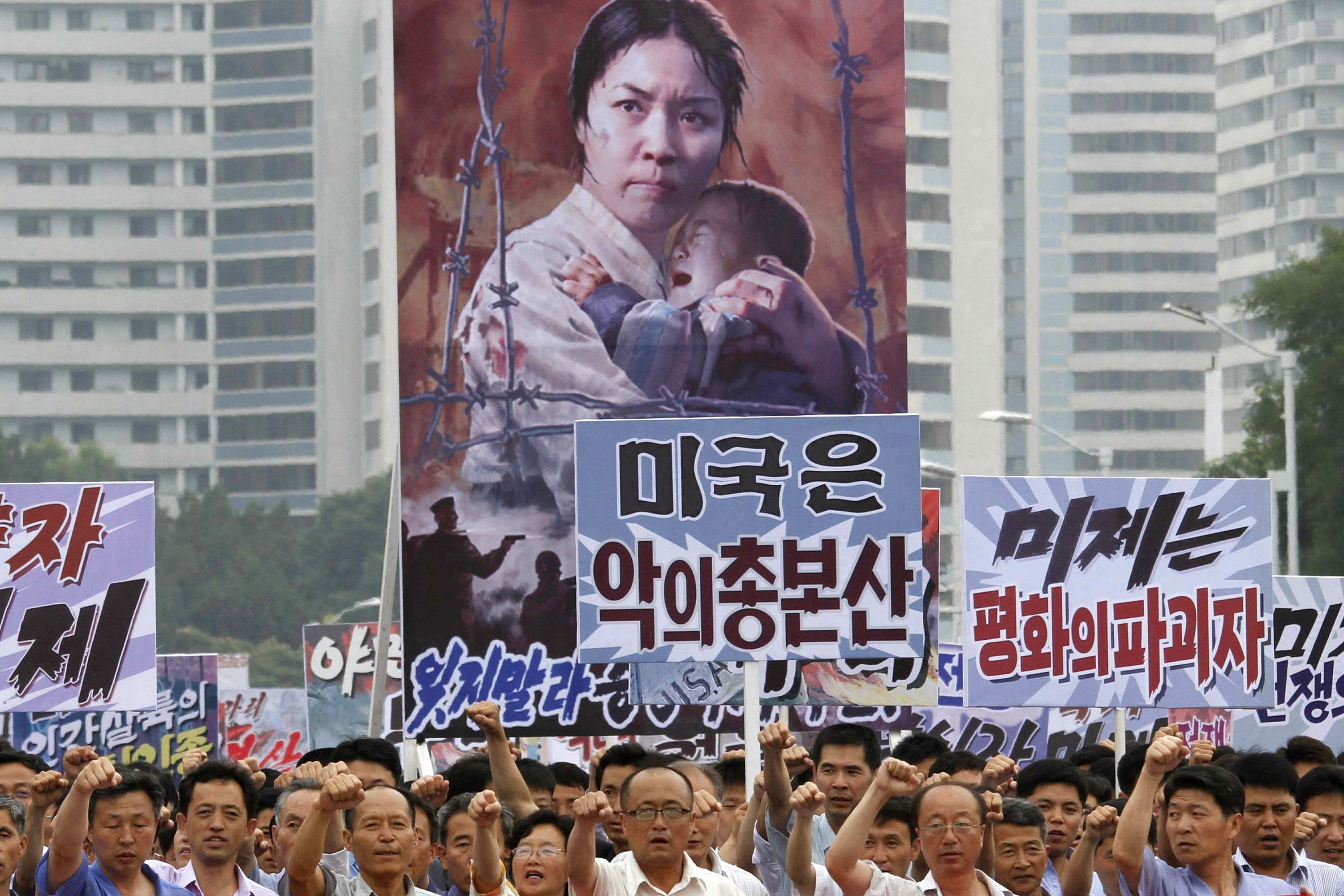 PYONGYANG, North Korea — In another sign of detente following the summit between leader Kim Jong Un and U.S. President Donald Trump, North Korea has decided to skip one of the most symbolic and politically charged events of its calendar: the annual “anti-U.S. imperialism” rally marking the start of the Korean War.

Fist-pumping, flag-waving and slogan-shouting masses of Pyongyang residents normally assemble each year for the rally to kick off a month of anti-U.S., Korean War-focused events designed to strengthen nationalism and unity. It all culminates on July 27, which North Korea celebrates as a national holiday called the day of “Victory in the Fatherland Liberation War.”

Officials had no on-the-record comment on the decision not to hold the event this year. But Associated Press staff in the North Korean capital confirmed Monday it would not be held.

North Korea has noticeably toned down its anti-Washington rhetoric over the past several months to create a more conciliatory atmosphere for the summit and avoid souring attempts by both sides to reduce tensions and increase dialogue.

North Korea’s state media were filled with reports, photos and video of the June 12 meeting between Trump and Kim in Singapore.

A 42-minute documentary-style news special was aired on the state television network two days after the summit and has been repeated frequently since, meaning that by now there are probably few North Koreans who are unaware of the changes in the air. For many North Koreans, the program was also quite likely the first time they had ever seen what Trump looks like.

Still, North Korea’s handling of the changes and how it presents them to its people remains highly nuanced.

So far, it hasn’t said much about what Washington is interested in the most — denuclearization. But it has made significantly fewer references to its need to have nuclear weapons than it was making last year, when Kim was test-launching long-range missiles at a record pace and tensions with Washington neared the boiling point.

North Korea’s decidedly less strident posture these days underscores the delicate position it finds itself in after decades of touting the United States as its archenemy.

State media referred to Trump quite deferentially in their reports of the summit, calling him by his full name and adding the title of president of the United States of America — itself a somewhat jarring contrast to the way it normally spits out merely the surname of U.S. officials, with no titles.

Considering how its relations with Washington could quickly slip back into acrimony if the difficult process of negotiating denuclearization and the lifting of trade sanctions breaks down, it remains unclear how much, or if at all, North Korea intends to recalibrate its other propaganda and indoctrination efforts.

Getting rid of all the anti-American propaganda would be a Herculean task.

The 1950-53 Korean War, and the devastation the country suffered at the hands of the U.S. and its allies, remain a major part of every North Korean’s education.

Negative portrayals of Americans as big-nosed goblins are a common sight at elementary schools and kindergartens and exhortations to beware of American aggression, deceit and brutality are a staple message of textbooks and at “class education” centers around the country. Anti-American slogans can also still be seen in Pyongyang and throughout the countryside, though they are not that numerous.

And while softening its criticism of the current U.S. administration, North Korea has stepped up its attacks on “capitalist values” in general — an oblique warning that its diplomatic outreach to the world should not be taken to mean it’s ready to throw away its socialist ideals anytime soon.