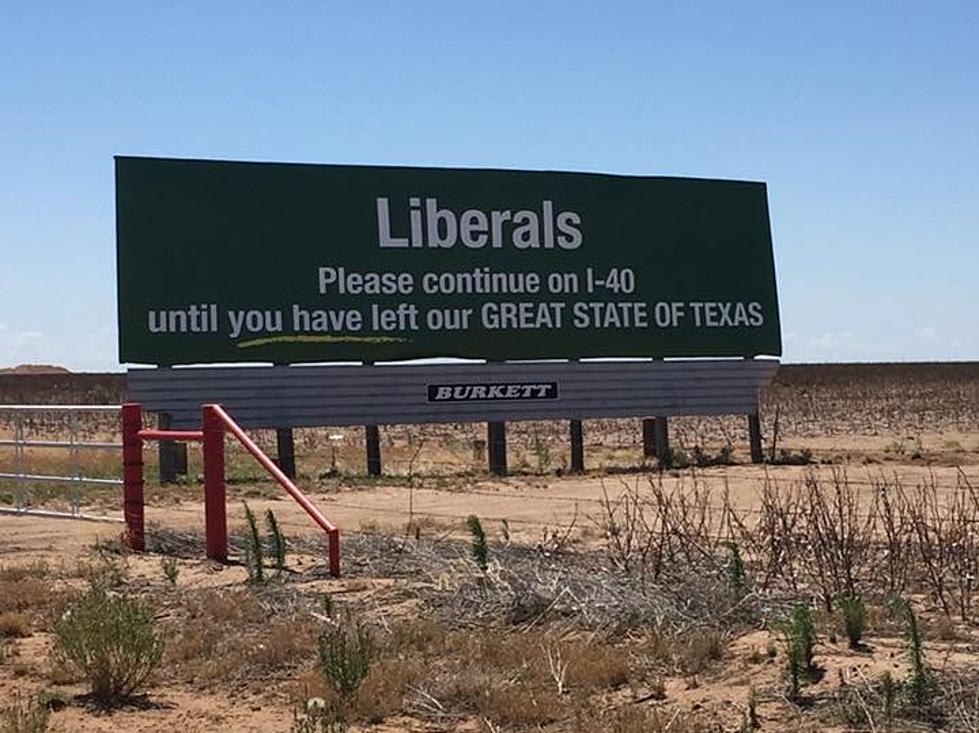 A billboard on Interstate 40 near Vega, Texas telling Americans of a liberal persuasion to leave Texas has been removed following death threats to the owner of the billboard, a self-proclaimed believer in free speech who had merely put up the message a client had paid for. “Liberals: Please continue on I-40 until you have left our GREAT STATE OF TEXAS,” the sign read.

An unnamed man had paid to put the message up on the billboard because he wanted to “stir things up” when discussing politics.

The message was taken down last week after Randy Burkett, the owner of Burkett Outdoor Advertising and the sign, received death threats on social media. The client agreed to let the message to be taken down and received his money back.

The speech on the billboard is certainly divisive, and some have claimed that it constitutes hate speech. However, hate speech is still free speech, and the government cannot compel the removal of hate speech. Billboard owners may adopt their own codes of acceptable and unacceptable speech, and Burkett was well within his right to display the message the client had paid for.

But without being able to rely on the government to do the job for them, offended liberals resorted to sending obscene messages and death threats to Burkett and the 25-year-old man who had originally shared a photo of the billboard on Facebook.

“I believe in free speech,” Burkett told the Star-Telegram, “but this country is divided enough as it is. I’ve spoken with the client, and he’s agreed that it should come down. We’ll be reimbursing him… It was like a grassfire. We’ve had Breitbart, CNN, everybody is calling about it.”