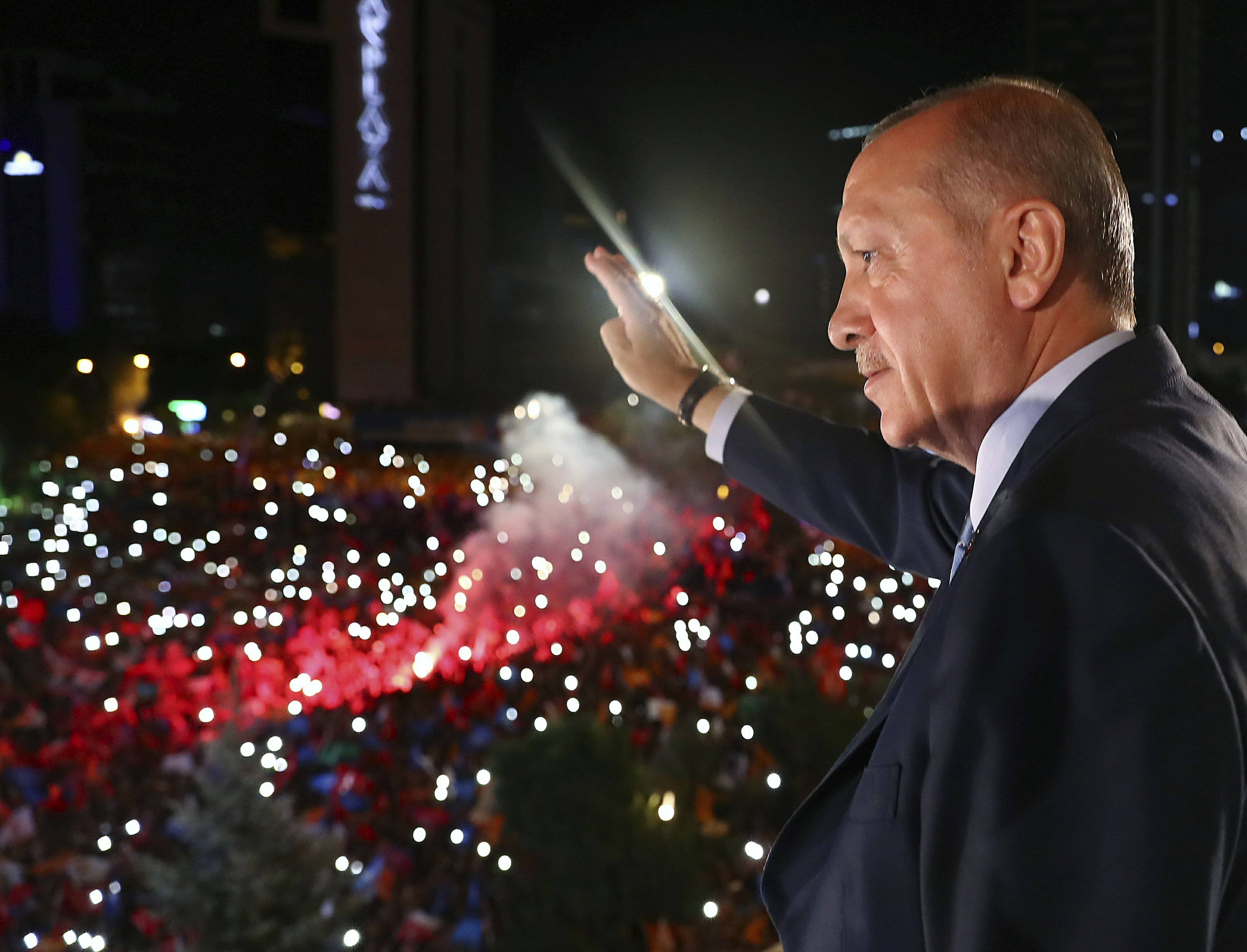 ANKARA, Turkey — Recep Tayyip Erdogan, who has dominated Turkish politics for the past 15 years, was set on Monday to extend his rule with sweeping new powers after winning landmark presidential and parliamentary elections.

Turkey’s High Electoral Board declared Erdogan, 64, the winner of Sunday’s polls, which usher in a new executive presidential system that was approved in a referendum last year. Under the system, the office of the prime minister is eliminated and executive powers are transferred to the president, who can rule with only limited checks and balances.

The Turkish leader, who is accused by critics of adopting increasingly authoritarian tactics but is loved by supporters for bringing prosperity and stability, may be facing rough times ahead, however. Analysts predict an economic downturn amid rising inflation and a struggling currency.

His win could deepen Turkey’s rift with Western allies, who are already concerned by setbacks in democracy and human rights as well as Turkey’s closer ties with Russia.

Still, Turkey’s currency, the lira, rallied on Monday over Erdogan’s victory, which allows the country to avoid instability in the short-term.

In his victory speech, Erdogan said he would work toward achieving his goal of making Turkey one of the world’s top 10 economies by 2023, when the Turkish Republic marks its centenary.

He also pledged a more “determined” fight against outlawed Kurdish rebels and alleged members of a movement led by U.S.-based cleric Fethullah Gulen, whom he accuses of orchestrating a 2016 failed coup against his government. Gulen denies involvement.

“Turkey made its choice in favor of a more determined fight against the PKK (Kurdistan Workers Party) and (Gulenists),” Erdogan said. “We will go after terror organizations with stronger determination.”

Under the new system, Erdogan will appoint ministers, vice presidents and high-level bureaucrats, issue decrees, prepare the budget and decide on security policies.

According to unofficial results that have yet to be confirmed by the electoral board, Erdogan garnered 52.5 percent of the votes, while his ruling Justice and Development Party, or AKP, won 42.5 percent in the parliamentary vote. Erdogan’s closest contender, Muharrem Ince of the main opposition Republican People’s Party, won 30.7 percent.

Erdogan’s AKP fell short of a parliamentary majority but a better-than-expected performance by its nationalist ally should allow the party to control the 600-seat legislature.

Ince, who complained of unfair elections, has yet to formally concede defeat. A prominent journalist said, however, that he received a message from the politician acknowledging Erdogan’s victory. Ince was scheduled to hold a news conference later on Monday.

The pro-Kurdish People’s Democratic Party, whose presidential candidate Selahattin Demirtas was forced to campaign from jail, received the more than 10 percent of votes required to win seats in parliament, spilling thousands of its supporters into the streets in celebration.