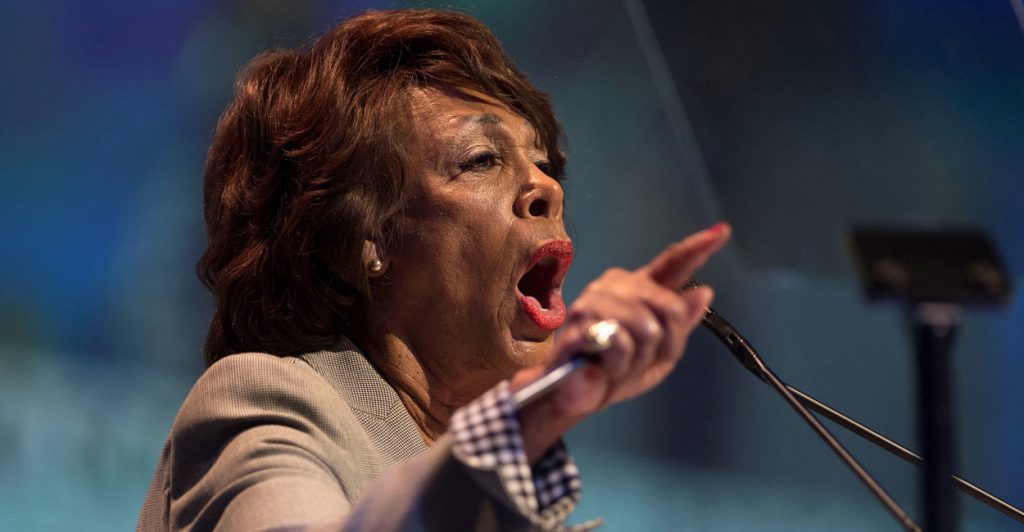 Rep. Maxine Waters, D-Calif., encouraged her followers at a Los Angeles rally on Saturday to harass members of the Trump Cabinet in public, following the news that White House Press Secretary Sarah Huckabee Sanders had been asked to leave a Virginia restaurant by its anti-Trump owner.

“Let’s make sure we show up wherever we have to show up. And If you see anybody from that Cabinet in a restaurant, in a department store, at a gasoline station, you get out and you create a crowd. And you push back on them. And you tell them they’re not welcome anymore, anywhere,” Waters said.

President Trump, of course, chimed in on the issue via Twitter:

Congresswoman Maxine Waters, an extraordinarily low IQ person, has become, together with Nancy Pelosi, the Face of the Democrat Party. She has just called for harm to supporters, of which there are many, of the Make America Great Again movement. Be careful what you wish for Max!

Waters’ comments must have really put a tick in Democrats’ plans for the 2018 midterms because even the heads of her party — Chuck Schumer and Nancy Pelosi — condemned her words, facing the public backlash.

“No one should call for the harassment of political opponents. That’s not right. That’s not American,” Schumer said.

First of all, it creates more polarization and could embolden dissenters with more than peaceful protest — something that has not made national headlines since a left wing supporter attempted to assassinate Republican lawmakers last June.

And secondly, Waters’ words and her own party’s condemnation of them give the media lots of ammunition for talking points, shifting the conversation away from immigration reform and toward her mindless rhetoric.

One can only hope the backlash against Waters will cause her to think twice about what she says and advocates for.