Migrant kids could end up in already strained foster system 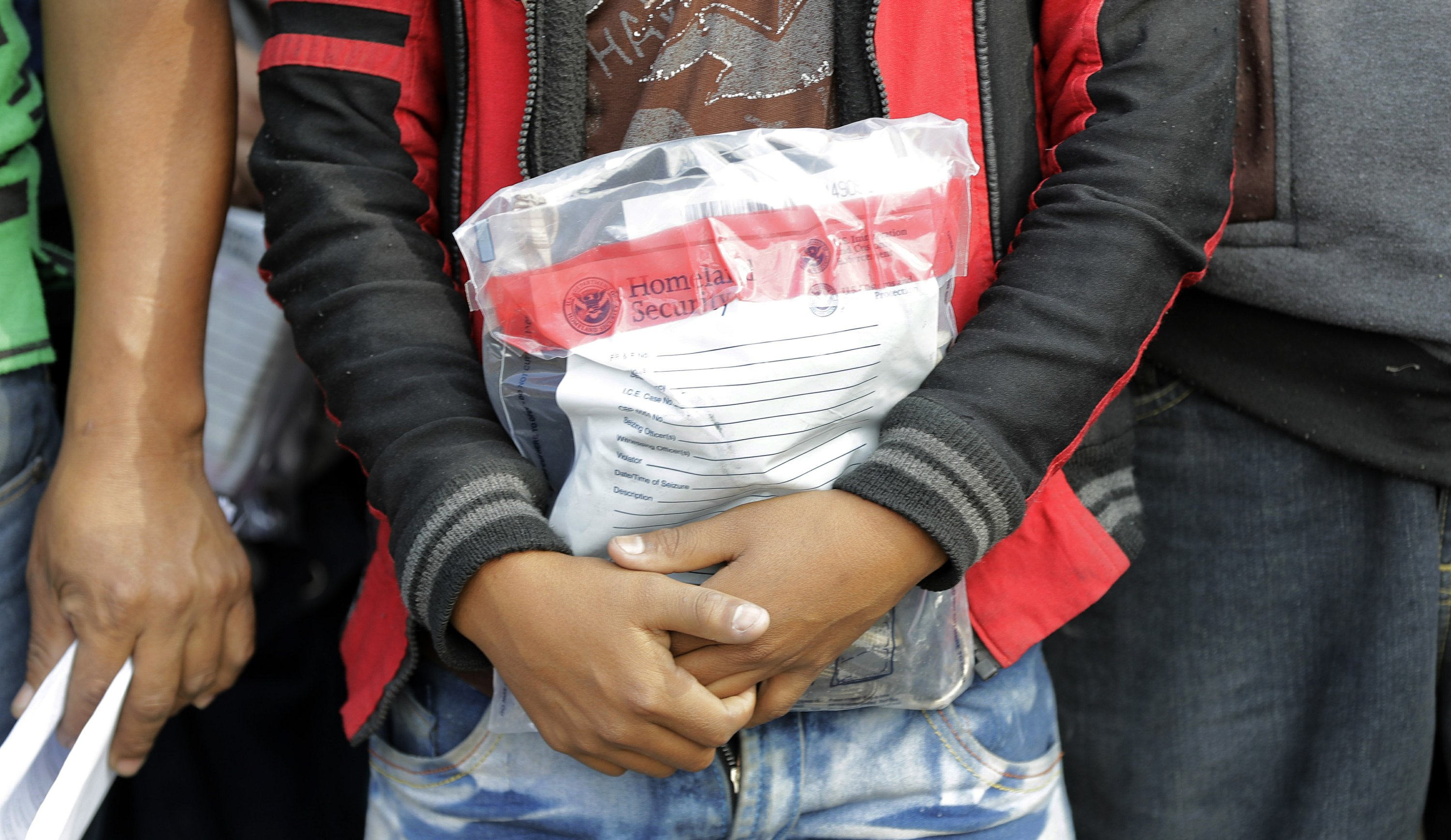 Foster care advocates say the government won’t likely be able to reunite thousands of children separated from parents who crossed the border illegally, and some will end up in an American foster care system that is stacked against Latinos and other minorities.

With few Spanish-speaking caseworkers, it’s a challenge tracking down family members of the children who live south of the U.S.-Mexico border, and other relatives living in the states might be afraid to step forward to claim them because of fears of being detained or deported themselves.

Many complications have arisen for these separated families since the Trump administration adopted its “zero-tolerance” policy on entering the country illegally. As many as 2,300 children have been taken from their migrant parents at the border and long-term treatment of them is a concern.

“Because they are Latino and because their relatives are living, not in Europe, not in Asia, but down south of the border, they are going to be discriminated against,” said Richard Villasana, founder of Forever Homes for Foster Kids, who concentrates on locating relatives of foster children. “That’s exactly what’s going to happen to these migrant kids. The probability they are going to get better treatment than our U.S.-born Latino children? It’s not going to happen.”

Those children who do get placed with families face the likelihood of losing their language and culture, which advocates say could have a detrimental effect on how they develop.

Peter Schey, the attorney in a lawsuit resulting in the 1997 Flores settlement that generally bars children from being kept in immigration detention for more than 20 days and is now being challenged by the Trump administration, said he was concerned that several thousand children have already been separated from their parents “without the Trump administration having any effective procedures in place to reunite children with their parents, many of whom have already been deported.”

Officials have said they are working to reunite families as soon as possible but have provided no clear answers on how that will happen. The children are now in the custody of the Department of Health and Human Services’ Office of Refugee Resettlement, and can be “held in a temporary shelter or hosted by an appropriate family.”

The Homeland Security Department said in fiscal year 2017, before the zero tolerance policy began, it was able to place 90 percent of its children with either a parent or close relative. And Immigration and Customs Enforcement is working on “dedicating a facility as its primary family reunification and removal center,” a briefing sheet said.

However, many child welfare professionals worry these children will “end up in a child welfare system where we already have thousands of children across this country where many of them are trying to reunify” with parents and relatives, said Maria L. Quintanilla, founder and executive director of the Latino Family Institute.

More than 54,000 Hispanic children entered foster care in 2016, with more than 25,000 waiting to be adopted at the end of the fiscal year. More than 53,000 exited the foster care system that year because they were reunified with their parents, adopted or entered guardianship with another family.

In a July 2017 paper, San Diego State University economics department chair Catalina Amuedo-Dorantes and Oxford University professor Esther Arenas-Arroyo wrote that the increase in immigration enforcement between 2001 and 2015 contributed to raising the share of Hispanic children in foster care between 15 and 21 percent.

Villasana said it’s rare that foster care agencies will go the extra mile to find families who live in Mexico or Latin America for children already in the foster care system.

“These migrant kids are going to be put into the same discriminatory system that discriminates against a Latino child because their relatives happen to be located south of the border,” Villasana said. “You’ve got individuals who will not pay to bring in someone who speaks Spanish, understands Spanish, can read Spanish and knows the country and knows how to proceed in this matter, and will pick up the phone and go do this work.”

There are some people who will, but “we’re talking about the exceptions rather than the rule,” he added. “The rule primarily for the United States is that those children are not going to go anywhere.”

If they end up in the foster care system, social workers will be concerned with trying to place them with families, given that they know the children just came into the United States with relatives or to stay with relatives who might not want to risk being deported to claim them, Quintanilla said.

“I would be very, very cautious about wanting to work with a child we know for a fact has a family,” she said. “Why would we want to place that child with another family, a nonrelated family, with the only crime being the government’s zero-tolerance policy (keeping relatives from claiming the children)?”

Cultural concerns also come into play as children can find themselves in unfamiliar surroundings after being separated from their parents — possibly in households where their native language isn’t spoken, Quintanilla said.