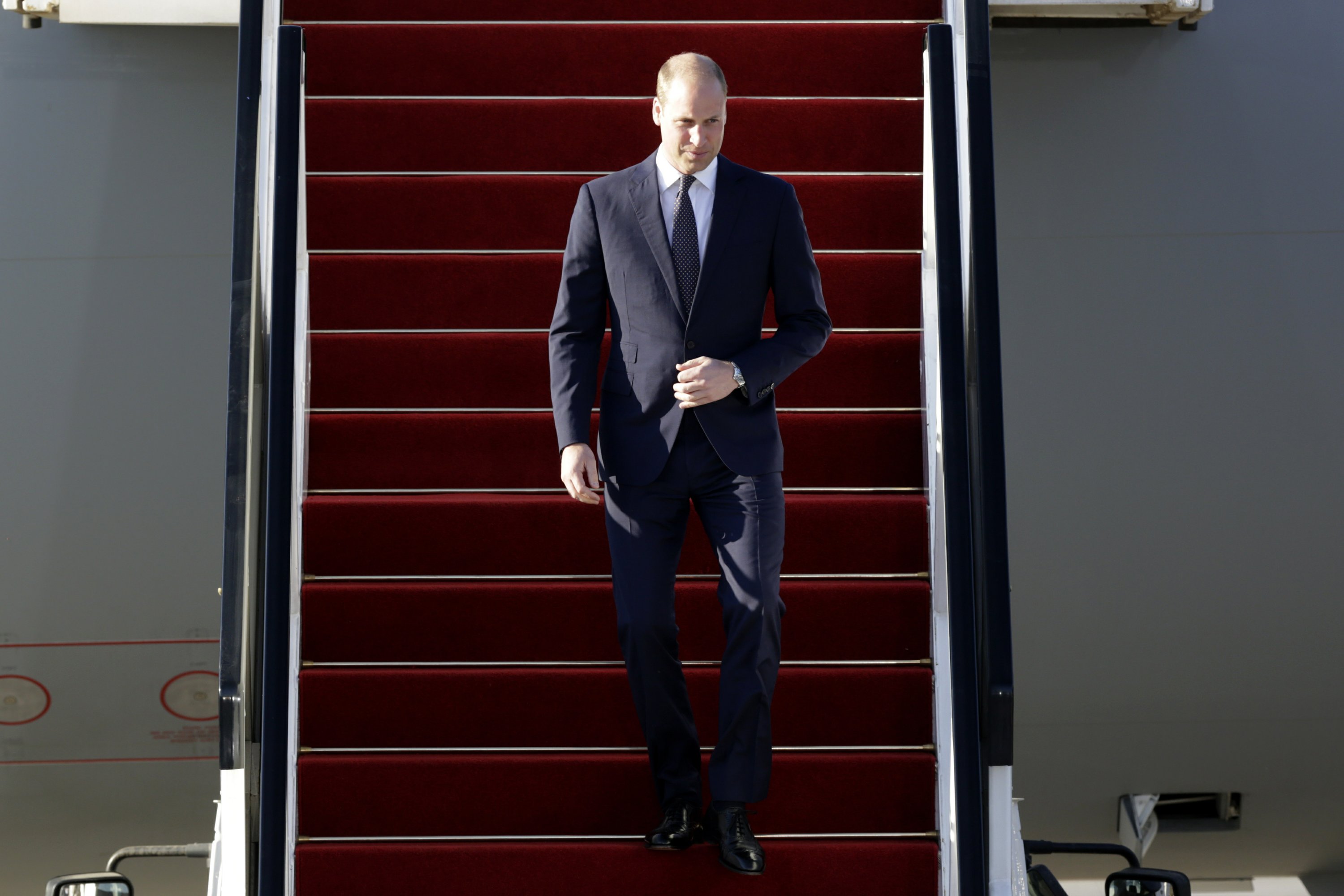 William arrived Monday night in the first-ever official visit by a member of the British royal family to the tumultuous region London once ruled.

The Duke is set to meet two survivors who escaped Nazi Germany for the safety of Britain. The memorial has recognized Prince William’s great-grandmother, Princess Alice, as part of the Righteous Among the Nations for her role in rescuing Jews during the Holocaust.

Yad Vashem said Princess Alice “hid the three members of the Cohen family – Rachel, Tilda and Michelle – in her palace in Athens during the Nazi occupation of Greece.”

It said: “Princess Alice personally saw to it that the members of the persecuted Jewish family had everything they needed, and even visited them in their hiding place, spending many hours in their company.”

Thanks to her, the Cohen family survived and today lives in France, it said.

The princess died in 1969 and in 1988 her remains were brought to Jerusalem.

In a private 1994 visit to Yad Vashem, Prince Philip, the Duke of Edinburgh, planted a tree there in his mother’s honor.

Though the trip is being billed as non-political, and places a special emphasis on technology and joint Israeli-Arab projects, William will also be meeting with Israeli and Palestinian leaders, and visiting landmark Jerusalem sites at the heart of the century-old conflict.

Three decades of British rule between the two world wars helped establish some of the fault lines of today’s Israeli-Palestinian conflict, and Britain’s withdrawal in 1948 led to the eventual establishment of Israel and Jordan.

Britain has since taken a back seat to the United States in mediating peace efforts, and the royal family has mostly steered clear of the region’s toxic politics.

For the 36-year-old William, second in line to the throne, it marks a high-profile visit that could burnish his international credentials.