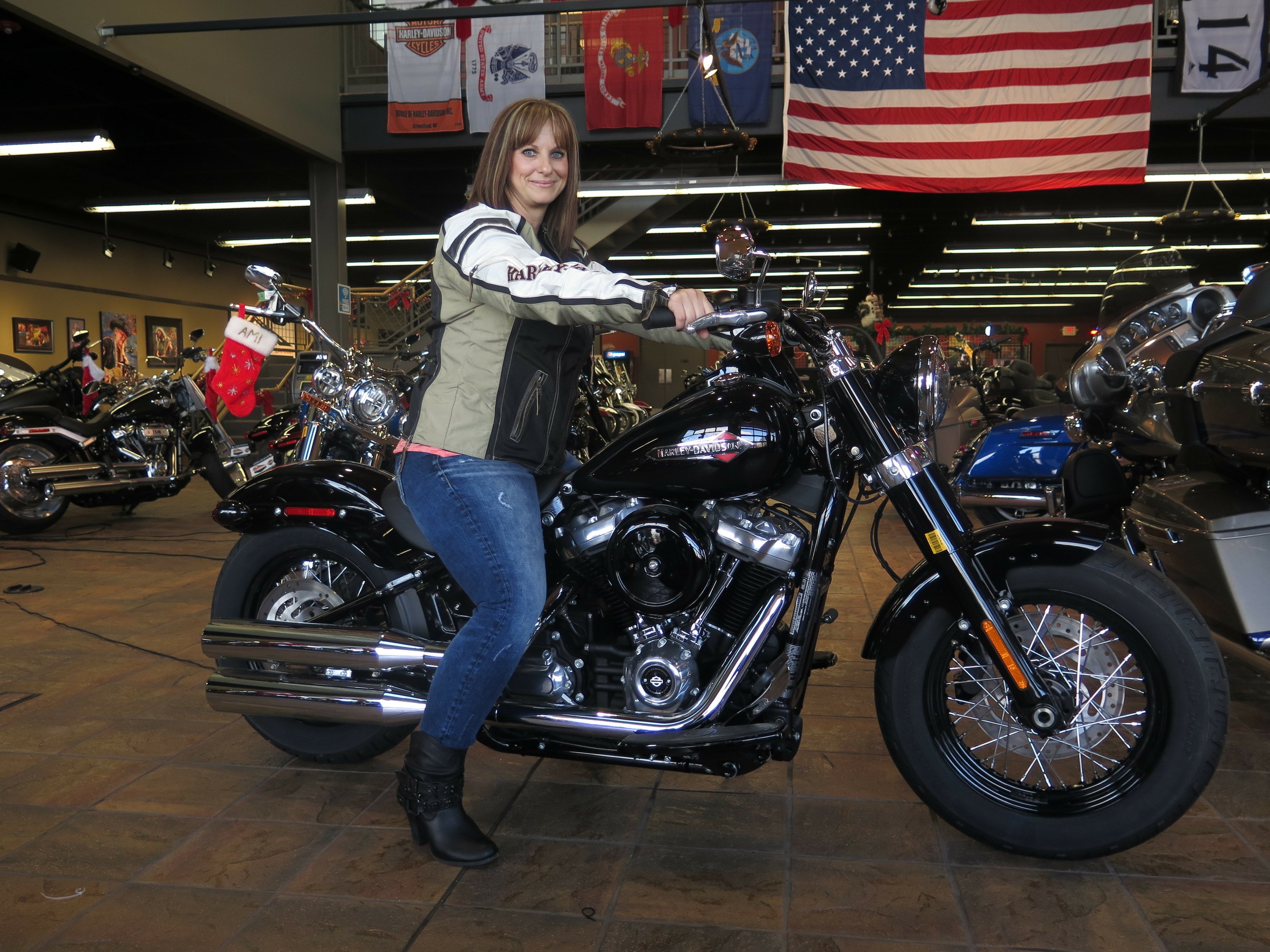 MILWAUKEE — Harley-Davidson, the iconic brand that sells its customers an image of freedom and adventure, found itself in an unwanted role this week: poster child for the damage of an international trade war.

Harley said it would move production of motorcycles bound for Europe overseas, blaming European Union tariffs it said would add an estimated $2,200 cost to the average bike. That prompted President Donald Trump — whose own tariffs prompted the EU moves — to accuse Harley of using tariffs as an excuse for moves already planned.

Beneath the rhetoric, Harley is a company that needs overseas growth to shore up a business that is shrinking in the United States, where retail sales fell 8.5 percent last year. International sales also fell, but by less than 4 percent.

Milwaukee-based Harley has been putting renewed emphasis on teaching people to ride as part of its effort to attract more customers. As The Associated Press reported in December, Harley has expanded the number of dealerships with a Harley “Riding Academy.”

The program launched in 2000 with about 50 locations; the company now says 250 dealerships in the U.S. offer the three- or four-day course. It says about a quarter of those launched since 2014.

The Motorcycle Industry Council says the median age of motorcycle owners increased from 32 to 47 since 1990. About 46 percent of riders are over 50; only about 10 percent are 30-34.

Samantha Kay rode on the back of her father’s motorcycle growing up, but when the 25-year-old took a class to ride for the first time she couldn’t help being anxious.

“I think motorcycles inherently do scare a lot of people,” Kay, of Milwaukee, told The AP in December, when she was one of 50,000 people nationwide to take such a riding course at a Harley-Davidson dealership in 2017.

The training is one of the ways Harley is trying to attract a new generation of riders like Kay amid big demographic shifts.

“Some of the aging Baby Boomers, which have been the guts of Harley-Davidson’s purchasers, they’re getting older and some of them are just getting out of the sport because they can’t handle the motorcycle anymore,” Clyde Fessler, who retired from Harley-Davidson in 2002 after holding several executive positions over 25 years, told the AP in December. He created what became the “Riding Academy.”

He said the idea “is getting people comfortable on a motorcycle and getting them to feel safe and confident.”

In addition to riders getting older, a slow economic recovery has made it harder for millennials to buy new motorcycles, said Jim Williams, vice president of the American Motorcyclist Association.

But it’s not all the millennials’ fault, said Robert Pandya, who managed public relations for Indian Motorcycles and Victory Motorcycles. Pandya recently launched “Give A Shift,” a volunteer group discussing ideas to promote motorcycling. One of their conclusions, he said, is the idea that “if mom rides, the kids will ride.”

Currently, women are about 14 percent of the riding population, according to the Motorcycle Industry Council.

“The biggest possible opportunity in motorcycling is to invite more women to ride,” Pandya said in December.

That’s not lost on Harley-Davidson. Among the ways Harley-Davidson is trying to reach younger riders is by having motorcycle role-models like Jessica Haggett, the founder of the “The Litas” all-women motorcycle club, be a voice for the company on social media. And the company is also focusing advertising efforts in male-dominated sports like the X Games and UFC events popular with younger viewers.

“I think we have to work harder to gain share of mind with young adults, for example, in that they have other activities in their lives. They’re on screens, they’re connecting socially, they’re involved in gaming, they’re involved in other things,” said Heather Malenshek, Harley-Davidson’s vice president of marketing.

She said the easily customizable Sports Glide model that launched in November and the aggressive, performance-driven Fat Bob also have younger riders in mind. In all, the company plans to release 100 new motorcycles over the next 10 years. During that time, the company also wants to gain 2 million new riders.