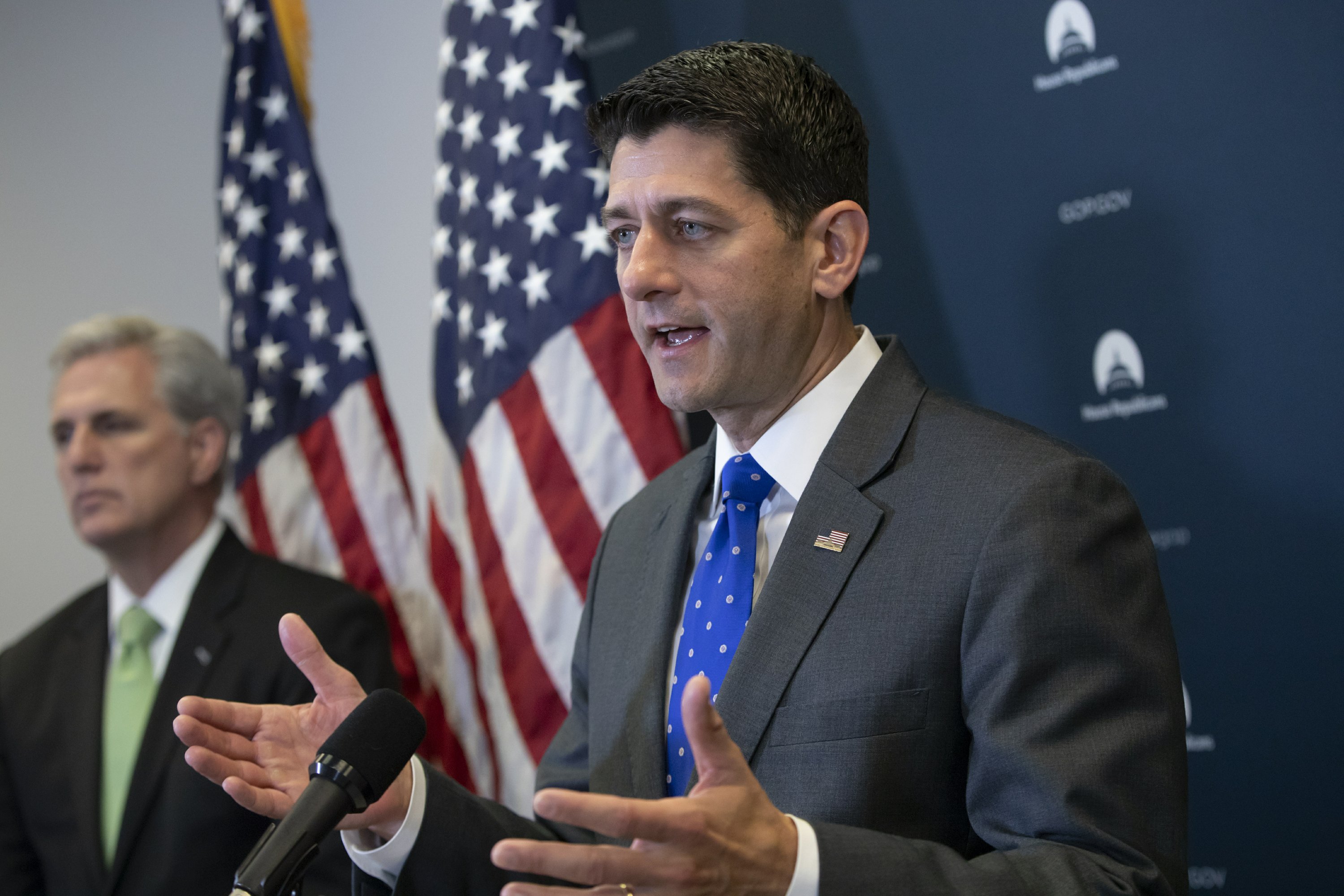 WASHINGTON — A far-reaching Republican immigration bill is careening toward likely House rejection, a defeat that would be a telling rebuff of the leaders of a divided GOP. The party’s lawmakers are considering Plan B: Passing legislation by week’s end curbing the Trump administration’s contentious separating of migrant families.

After months of trying to bridge the chasm between moderates and conservatives and two postponed votes, top Republicans braced for a showdown roll call Wednesday. Speaker Paul Ryan, R-Wis., labeled the legislation “a great consensus bill” and tried putting the best face on the likely outcome.

“What we have here is the seeds of consensus that will be gotten to, hopefully now but if not, later,” he told reporters Tuesday.

The vote caps months of futile GOP efforts to pass wide-ranging legislation on an issue that could color scores of congressional races in this fall’s contest for House and perhaps Senate control. The Senate rejected three proposals in February, including one reflecting President Donald Trump’s hard-line policies and two bipartisan plans.

Democrats and centrist Republicans from swing districts say the GOP could suffer because the party, steered by Trump’s anti-immigrant harangues, could be alienating pivotal moderate voters. But conservatives relish such tough stances. And rather than achieving middle ground, leaders’ efforts have largely underscored how irreconcilably divided the GOP is on the topic.

The Republican compromise would provide a shot at citizenship for hundreds of thousands of immigrants brought illegally to the U.S. as children. It would provide $25 billion for Trump to build his coveted wall with Mexico, restrict family-based immigration and bar the Homeland Security Department from taking migrant children from parents seized crossing into the country without authorization.

Leaders were adding eleventh-hour provisions aimed at winning votes. One would make it easier for migrant farmworkers to stay longer in the country, the other would gradually require companies to use an electronic database to verify their employees’ U.S. citizenship.

But those amendments didn’t remove the key stumbling block — the reluctance by conservatives to back legislation helping people who arrived illegally become citizens. Many Republicans deride that plan as amnesty for lawbreakers, a potential attack line their next primary challenger could wield against them.

Also unhelpful has been Trump, who last week swerved from voicing support for the GOP immigration drive to denouncing it as a waste of time, since Democrats have the numbers in the closely divided Senate to kill any legislation they oppose.

“He was helpful Tuesday, but Friday he wasn’t,” Rep. Carlos Curbelo, R-Fla., lamented about Trump.

Even the evolving, separate measure focused sharply on preventing family separation was hurting the compromise bill’s prospects. It offers Republicans a chance to vote to address the high-profile problem without backing pieces of the broader measure that might anger conservatives

Curbelo and Rep. Jeff Denham, R-Calif., from districts with large numbers of Hispanic voters, helped force Ryan to stage immigration votes. This spring they launched a petition that could have led to House passage of liberal-leaning measures creating a pathway to citizenship, bills backed by Democrats but opposed by most Republicans. Leaders headed off the petition by urging GOP lawmakers to not sign it, partly by crafting the compromise package the House was voting on Wednesday.

The House rejected a more conservative bill last week clamping down on legal immigration and lacking a way for the young immigrants to become citizens.

With television and social media awash with images and wails of young children torn from migrant families, Republicans want to pass a narrower measure addressing those separations should the broader bill fail.

Trump has issued an executive order reversing his own family separation policy, but around 2,000 children remain removed from relatives. GOP senators have rallied behind legislation ending the 20-day court-imposed limit on detaining families — along with steps aimed at speeding their prosecutions — and House Republicans are considering something similar.

Many want to pass it by week’s end, when Congress starts a weeklong July 4 recess.

“It’s a concern from a humanitarian standpoint, and we want to make sure that Republicans prove we can do both, we can uphold the law, we can also take care of families,” said Rep. Mark Walker, R-N.C., an influential House conservative.

Senate Majority Leader Mitch McConnell, R-Ky., expressed hope that senators could negotiate a bipartisan accord that could pass easily. No. 2 Senate GOP leader John Cornyn of Texas said he hoped that would happen this week.

But one of the four senators negotiating the legislation said more time will be needed. Sen. Diane Feinstein, D-Calif., said in a brief interview that a ban against separating migrant families — the key feature of a bill she’s proposed backed by every Democratic senator — must be part of any deal “or there won’t be a bill.”