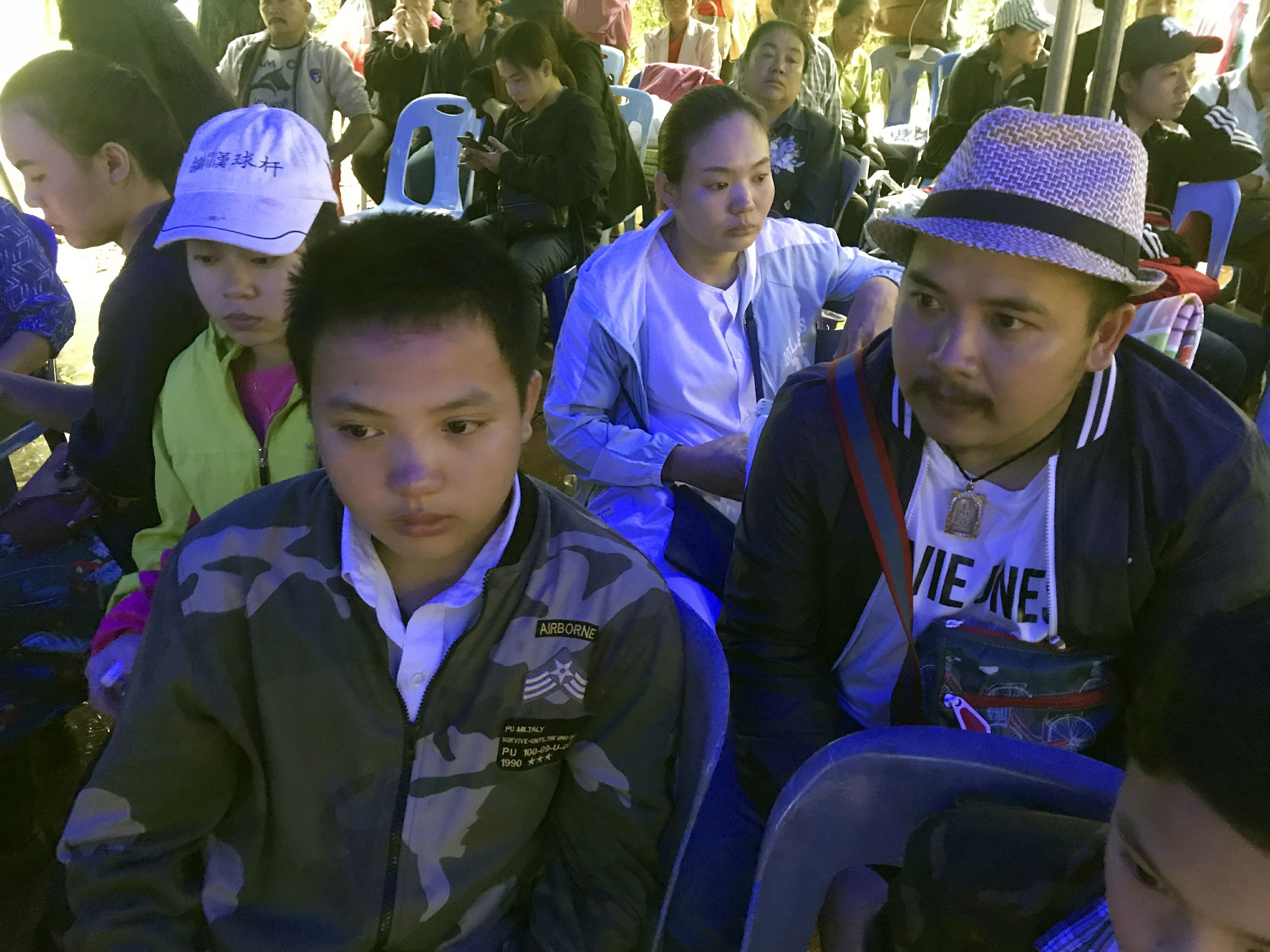 MAE SAI, Thailand — The members of the Wild Boars are a team both on and off the soccer field, traveling to competitions, cycling mountain roads and swimming in waterfalls together. Now, 12 of the boys and their coach are lost, together, in a flooded cave in northern Thailand.

The boys, ranging in age from 11 to 16 and hailing from schools across Chiang Rai province’s northern reaches, have been missing since they entered the sprawling Tham Luang Nang Non cave on Saturday afternoon, after a morning intrasquad match on a nearby field.

Leading the way as always was Ekapol “Aek” Chanthawong, their 25-year-old coach.

“Coach Aek is very dedicated to the team,” said Noppadon Kanthawong, whose 13-year-old son plays on the Wild Boars but decided to skip Saturday’s cave trip. “He would be there at the field waiting for kids to show up after school. It is a great way to keep healthy, away from screens and have friends. I can tell that they are very close to each other.”

Noppadon and his son were huddled Tuesday with other teammates and anguished relatives at the entrance to the cave awaiting any word from the navy SEAL divers and other rescuers working inside. Divers have been seeking a way forward through the cave complex’s chambers, but flooding and low visibility has hindered their progress.

Relatives performed a morning ritual in which they called out for the missing. They played drums and gongs and two relatives held fishing nets as a symbolic way to fish out lost spirits from the cave.

The cave complex extends several kilometers (miles) and has wide chambers and narrow passageways with rocky outcrops and changes in elevation. Still, officials have said they are hopeful the boys are alive and have found a safe space away from the floods.

The cave, cut into a mountainside near the border with Myanmar, can flood severely during the rainy season, which runs from June to October. Officials said that tourists trapped there by past floods have been rescued after the waters receded.

Officials said it wasn’t the first time some of the soccer players had been inside the cave.

“The kids have been in the cave before, but they didn’t think that going in at this time would be that dangerous,” said Chote Narin, an officer at Mae Sai district police station.

Coach Ekapol’s Facebook page is packed with photos and video of him and what appear to be members of his team practicing, cycling the area’s mountain roads and inner tubing on a river.

A post from December 2016 reads: “Special training before the competition. Tham Luang Nang Non.” Attached are 10 photos from inside the cave of boys in soccer uniforms smiling and posing for photos, lit by the beam of a flashlight.

The constant excursions, however, had become an issue for Thinnakorn Boonpiam, whose 13-year-old son, Mongkol, is among those missing. He said his son would regularly come home as late as 9 p.m., sometimes joining his coach and teammates on adventures that included swimming in waterfalls and riding their bicycles into Myanmar.

“I have asked my son to leave the team several times, but he wouldn’t,” Thinnakorn said. “I suppose he enjoys these activities.”

While he said he was sure the coach was “a great person,” he still felt his son was too young to be going on such trips with just one adult.

Thinnakorn and the other parents have ignored incessant rain and stayed camped outside the cave in tents since the ordeal began. Nearby bicycles, backpacks and soccer cleats their children left behind remained at the entrance.

At a prayer session Monday evening, some of the boys’ relatives walked inside the cave entrance, their cries echoing off the walls. “My son, come on out! I am waiting for you here!” one woman cried. Another kneeled down near the bicycles and prayed, asking “Where is my child?”

Rescuers have found some of the boys’ belongings farther inside the cave, raising hopes that they may have fled still deeper inside to get away from the water. Even if they are found, though, officials have cautioned that getting them to safety could take time and even require the boys to learn the basics of scuba.

Noppadon, the father of one of the team members who didn’t go on the cave trip, said he brought his son to the cave Tuesday because he couldn’t concentrate at school.

“We are all close friends,” said the son, Songpol, his eyes filling with tears. “I want to see my friends soon.”