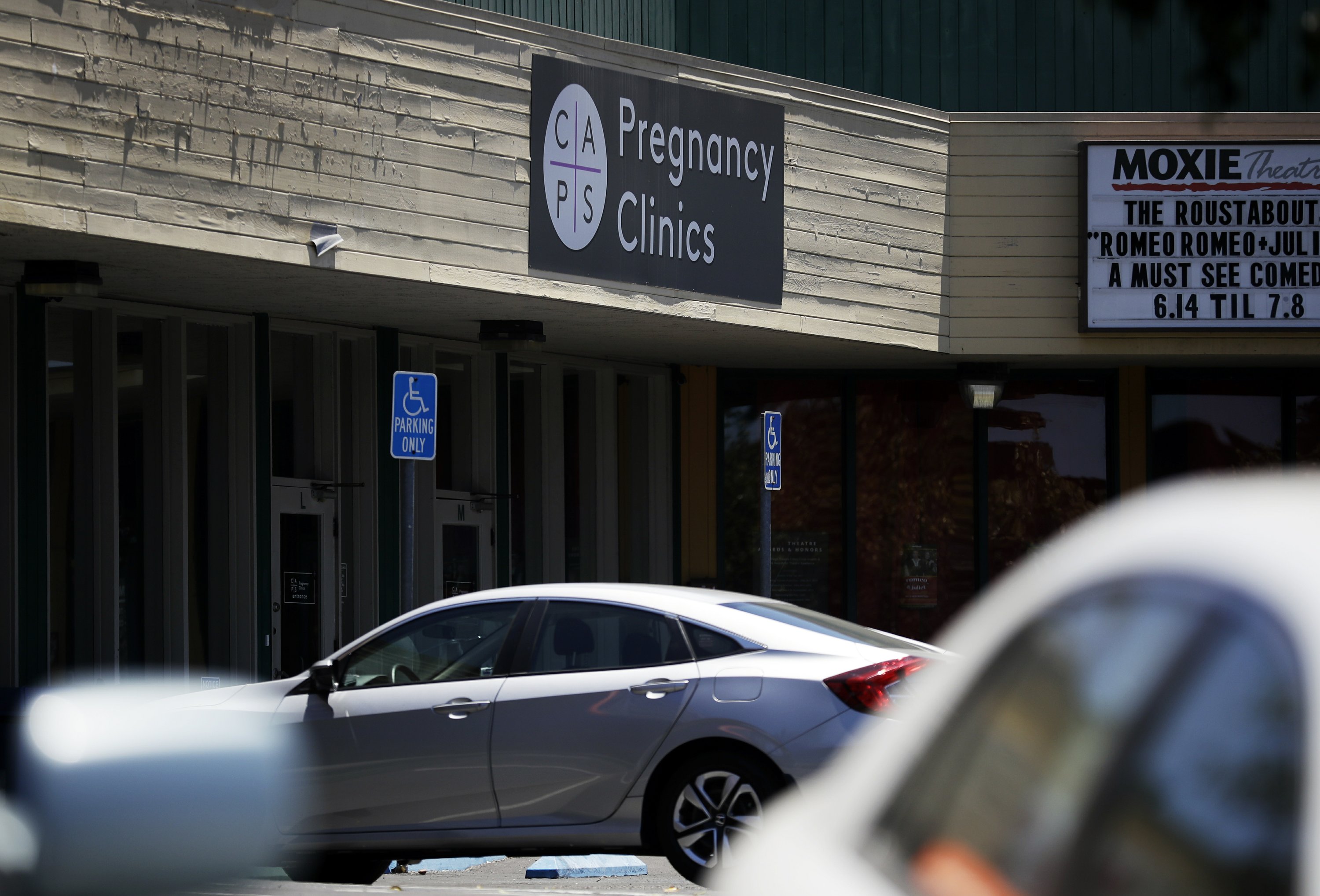 SACRAMENTO, Calif. — In knocking down a California law aimed at regulating anti-abortion crisis pregnancy centers, the U.S. Supreme Court delivered a blow to abortion-rights supporters who saw the law as a crucial step toward beating back the national movement against the procedure.

Democratic-led California became the first state in 2016 to require the centers to provide information about access to birth control and abortion, and it came as Republican-led states ramped up their efforts to thwart abortion rights.

Despite the court’s 5-4 decision Tuesday, abortion-rights advocates pledged to keep fighting what they call “fake health centers,” but their next steps weren’t immediately clear.

Some saw potential to use the ruling to push back against laws in conservative states such as Wisconsin and Texas that require abortion providers to share information about adoption or to combat the federal push to ban U.S.-funded family planning clinics from referring women for abortions.

Hawaii and Illinois have laws similar to California, which required unlicensed centers to post information saying so and mandating licensed centers provide information about access to free or low-cost state programs that provide birth control, prenatal care and abortion. The ruling puts the laws in other states at risk.

California lawmakers said their law was meant to crack down on centers that deceive women by failing to inform them of their options or providing medically inaccurate information aimed at discouraging them from having abortions.

Advocates saw some room for hope in Justice Stephen Breyer’s dissenting opinion. He said that among the reasons the law should be upheld is the high court has previously backed state laws requiring doctors to tell women seeking abortions about adoption services.

“After all, the law must be evenhanded,” he wrote.

Anti-abortion rights groups, meanwhile, hailed the ruling as a victory for free speech and said the law coerced crisis pregnancy centers into providing information about services they don’t support. Thomas Glessner, president of the National Institute for Family and Life Advocates, which had sued over California’s law, called it a “great day for pro-life pregnancy centers.”

Estimates of the number of crisis pregnancy centers in the U.S. run from 2,500 to more than 4,000, compared with fewer than 1,500 abortion providers, women’s rights groups said in court documents. NIFLA has ties to 1,500 pregnancy centers nationwide and roughly 150 in California.

“California was really responding to what was becoming a pervasive issue in California with these crisis pregnancy centers giving false information,” said Maggy Krell, chief legal counsel for Planned Parenthood Affiliates of California.

California had not been enforcing the law in recent months. The justices sent the case back to lower courts but wrote in the majority opinion that the centers “are likely to succeed” in their constitutional challenge to the portion of the law involving licensed centers.

“California cannot co-opt the licensed facilities to deliver its message for it,” Justice Clarence Thomas wrote. He called the requirement for unlicensed centers to post a notice stating they are unlicensed “unjustified and unduly burdensome.”

Abortion-rights groups and California lawmakers said they needed to go through the decision fully before moving forward. A spokeswoman for state Attorney General Xavier Becerra said his office is “closely monitoring our options to determine the best next steps.”

“The state of California and NARAL are just never going to stop protecting the right to choose and expanding it and ensuring that women actually have the full range of voices available to them,” said Amy Everitt, vice president for special projects at abortion-rights group NARAL Pro-Choice America. “How we operationalize that and the very next steps, I’m not sure.”

Advocates said the attorney general and local authorities should keep targeting crisis pregnancy centers that provide false information to consumers, such as pamphlets that suggest abortions can lead to breast cancer.

They also stressed the importance of fighting the Trump administration’s appointment of anti-abortion justices to lower courts nationwide. They suggested that while the crisis pregnancy center case was decided on free-speech grounds, conservatives have the full-scale elimination of abortion rights in their sights.

California Assembly members David Chiu and Autumn Burke, both Democrats, said they would explore options for another legislative go-round at the issue and said they may be more aggressive in the face of defeat.