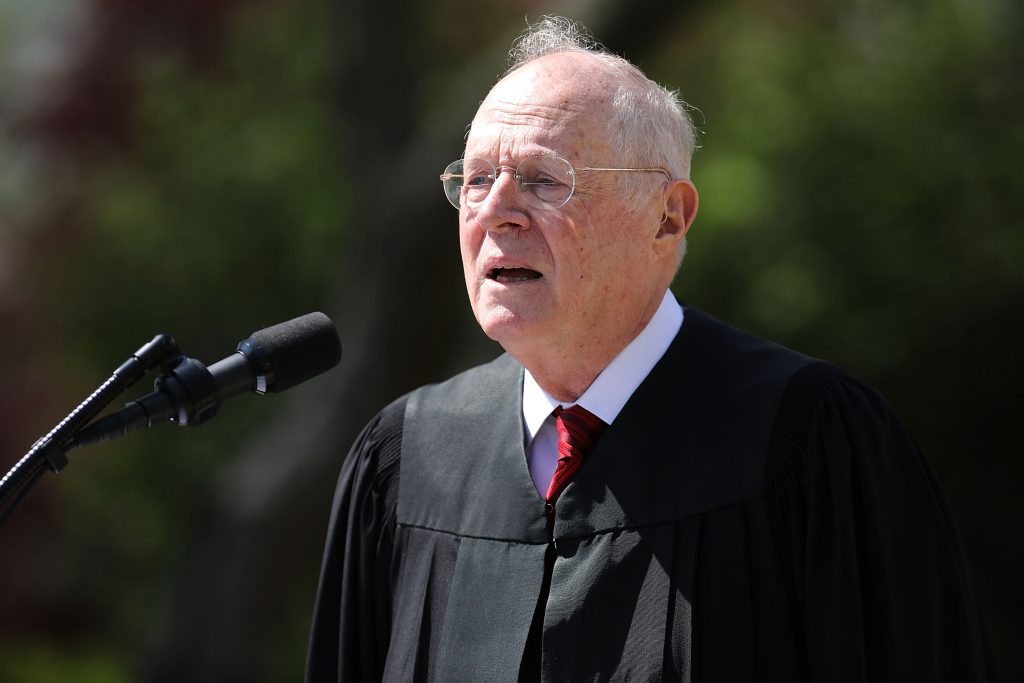 Justice Anthony Kennedy, 81, announced on Wednesday he will step down after 30 years on the Supreme Court. He was appointed by President Ronald Reagan in 1988.

“For a member of the legal profession it is the highest of honors to serve on this Court,” he wrote in his resignation letter, stating he will officially retire on July 31. “Please permit me by this letter to express my profound gratitude for having had the privilege to seek in each case how to best know, interpret, and defend the Constitution and the laws that must always conform to its mandates and promises.”

While he has been called a “centrist” by some in the media, a more appropriate description is that he is a judicial activist, but with centrist political views.

Kennedy was not an originalist, but rather an activist with centrist goals.

On the latter issue, Kennedy earned the wrath of liberals when he wrote the majority opinion for Citizens United v. FEC, which deregulated a considerable amount of campaign-related speech.

He voted against extensive government power in economic areas, including votes against government regulation of marijuana (Gonzales v. Raich) and of health insurance (NFIB v. Sebelius — the Obamacare case).

Born and raised Catholic, Kennedy had his hand in many issues involving religion. He was supportive of public prayer (County of Allegheny v. ACLU and Town of Greece v. Galloway) and was against the death penalty (most famously in Kennedy v. Louisiana).

Yet Kennedy is notorious among conservatives for changing his mind in the landmark abortion case Planned Parenthood v. Casey. Kennedy had voted to uphold a Pennsylvania law that required abortion providers to give several notices when providing an abortion. Conservatives saw this case as a chance to overturn the Roe v. Wade abortion decision. However, Kennedy joined with Republican appointees David Souter and Sandra Day O’Connor to uphold Roe in a confusing series of plurality opinions.

However, Kennedy will probably be best-known for writing virtually every pro-gay-rights decision in the past few decades, although during his confirmation hearings he had argued that states had the right to limit conduct, even homosexual conduct, that violated their morals.

Kennedy’s legacy will be his role as an unpredictable, activist-centrist judge whose opinions, for better or worse, have had lasting effects on our politics.