Tempers raised by immigration issue give way to insults 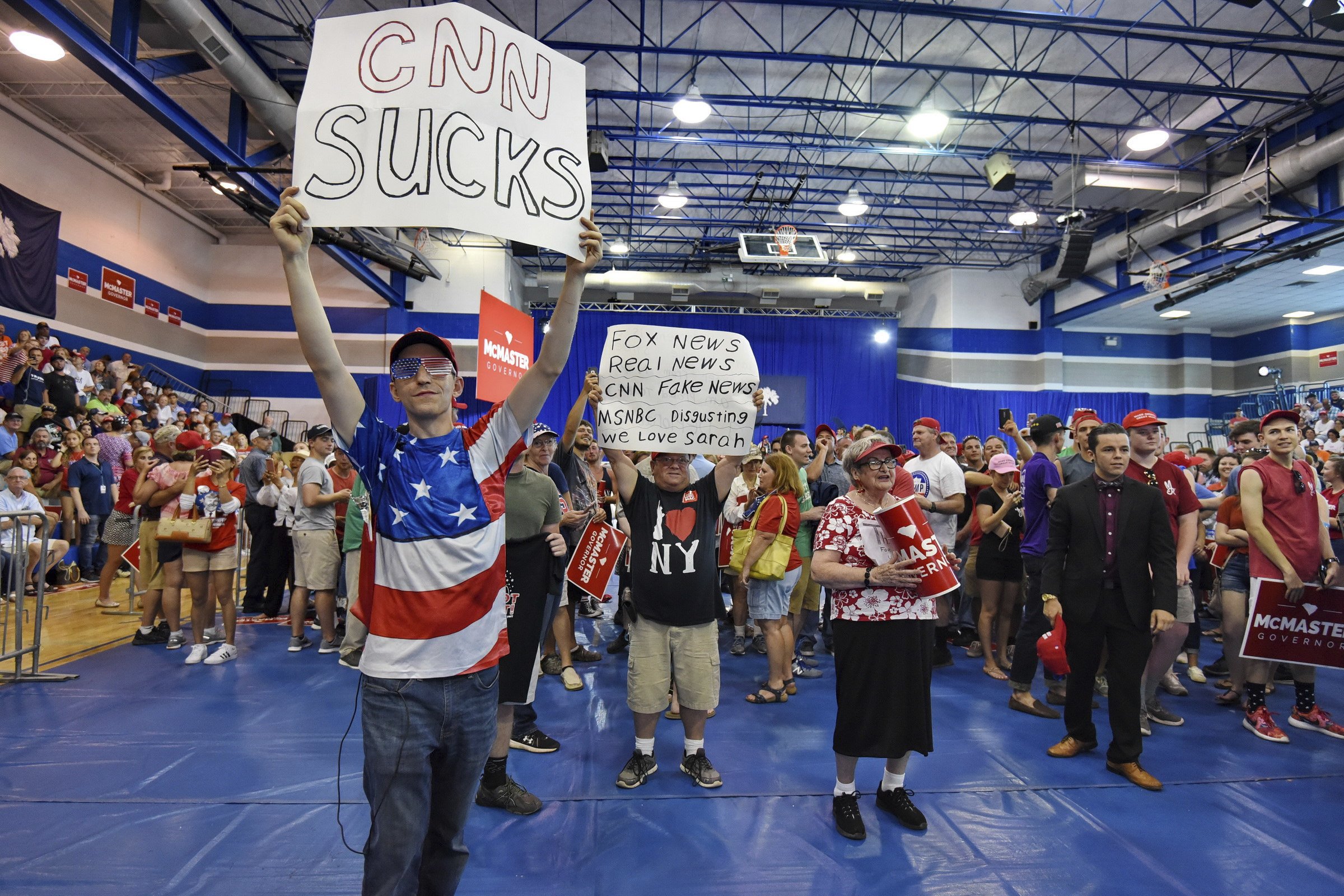 NEW YORK — Political rancor over immigration has boiled over into increasingly personal insults, as President Donald Trump took a harsh shot at a prominent congresswoman’s intellect and Democrats worried that some of their own anti-Trump rhetoric might play into his hands and backfire in November.

With language reaching belligerent levels seldom heard since the 2016 campaign, Republican tactics seemed aimed at least in part at activating loyal supporters for the midterm elections.

The issue of what passes for political civility in 2018 has been eagerly stoked by Trump, who has embraced the cultural battles playing out everywhere from restaurant tables to football fields to late-night comedy. And the ejection of White House press secretary Sarah Huckabee Sanders and her family from a Virginia restaurant over the weekend symbolizes the public anger that has tied Democrats in knots, leaving them torn as to how to respond to a president who defies the norms of his office.

Trump punched back sharply Monday after Democratic Rep. Maxine Waters of California told a crowd in her state over the weekend that “If you see anybody from that Cabinet in a restaurant, in a department store, at a gasoline station, you get out and you create a crowd, and you push back on them!” 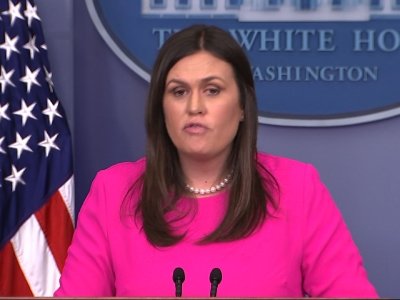 White House press secretary Sarah Huckabee Sanders says the Trump administration is asking Congress for a permanent solution to stop illegal immigration at the border because she says the U.S. is running out of resources to keep people together. (June 25)

Trump, always eager for a foil, tweeted in retort: “Congresswoman Maxine Waters, an extraordinarily low IQ person, has become, together with Nancy Pelosi, the Face of the Democrat Party. She has just called for harm to supporters, of which there are many, of the Make America Great Again movement. Be careful what you wish for Max!”

Congresswoman Maxine Waters, an extraordinarily low IQ person, has become, together with Nancy Pelosi, the Face of the Democrat Party. She has just called for harm to supporters, of which there are many, of the Make America Great Again movement. Be careful what you wish for Max!

Other Democrats quickly distanced themselves from Waters’ call to action, suggesting it could endanger Democrats’ chances in the midterms that could determine the next chapter of Trump’s presidency.

“In the crucial months ahead, we must strive to make America beautiful again,” tweeted Pelosi, the House minority leader. “Trump’s daily lack of civility has provoked responses that are predictable but unacceptable. As we go forward, we must conduct elections in a way that achieves unity from sea to shining sea.”

Senate Minority Leader Charles Schumer, D-N.Y., said Monday from the Senate floor that “the best solution is to win elections. That is a far more productive way to channel the legitimate frustrations with this president’s policies than with harassing members of his administration.”

Trump welcomes the fight, from the depiction of his supporters in the short-lived “Roseanne” revival to NFL players kneeling for the national anthem, believing that us-versus-them partisan issues fire up his base of supporters. With the Russia investigation swirling and Republicans facing an uncertain fate in November, he has further abandoned any unifying powers of his office, leaning hard into partisan warfare while adopting an aggrieved stance to dish out attacks that dominate the news and distract from scandals.

And while his rough rhetoric since his campaign has given license for some of his followers to engage in inflammatory acts, the anger on the left has sparked its own set of unruly images, further amplifying the political divisions in the nation’s civility war.

Sanders was shown the door at the Red Hen in Lexington, about three hours outside Washington, by the restaurant’s owner on Friday. The press secretary tweeted from her government Twitter account that she was asked “to leave because I work for @POTUS and I politely left. Her actions say far more about her than about me.” She used her press briefing on Monday, the first in a week, to declare that Americans are “allowed to disagree, but we should be able to do so freely and without fear of harm.”

The restaurant episode comes amid other acts of street protests against Trump aides and allies. Homeland Security Secretary Kirstjen Nielsen was hounded from a Mexican restaurant in Washington amid cries of “Shame!” last week. Florida Attorney General Pam Bondi was heckled at a screening of a documentary about Mr. Rogers, the paragon of kindness and civility.

Many on the left cheered the efforts, citing the Trump administration’s policies toward immigrants as attacks on human rights that deserved the same sort of public displays of disobedience that defined the civil rights and gay rights movements.

But some Democrats worried that the protesters were going too far.

In a series of tweets, David Axelrod, the former chief strategist to President Barack Obama, warned that the push for public provocation was “a counterproductive gesture.” He wrote that he was “amazed and appalled” at liberals who cheered Sanders’ ejection, which he framed as “a triumph for @realDonaldTrump vision of America.”

Trump himself appeared to agree that the debate was to his advantage, retweeting a post from Republican Sen. Marco Rubio of Florida, who wrote that “Trump haters still haven’t realized how much they help him with their condescension of those who either voted for him or don’t share their hatred of him. And how much they help him with their irrational hostility toward those who work for him.”

Sanders’ father, former Arkansas Gov. Mike Huckabee, used the moment to tweet a photo of tattooed MS-13 gang members and suggested that they were part of Pelosi’s campaign committee to take back the House. That tweet came amid a stretch of days when Trump used seemingly coded language — including “invaders” and “infests” — to describe the Latino migrants illegally crossing the border into the United States.

Trump, meanwhile, also targeted the Red Hen by using his 53-million-follower Twitter account as if he were posting a restaurant review on Yelp.

The Red Hen Restaurant should focus more on cleaning its filthy canopies, doors and windows (badly needs a paint job) rather than refusing to serve a fine person like Sarah Huckabee Sanders. I always had a rule, if a restaurant is dirty on the outside, it is dirty on the inside!

“The Red Hen Restaurant should focus more on cleaning its filthy canopies, doors and windows (badly needs a paint job) rather than refusing to serve a fine person like Sarah Huckabee Sanders,” he wrote. “I always had a rule, if a restaurant is dirty on the outside, it is dirty on the inside!”

The restaurant’s most recent health inspection showed no violations and complimented the staff.