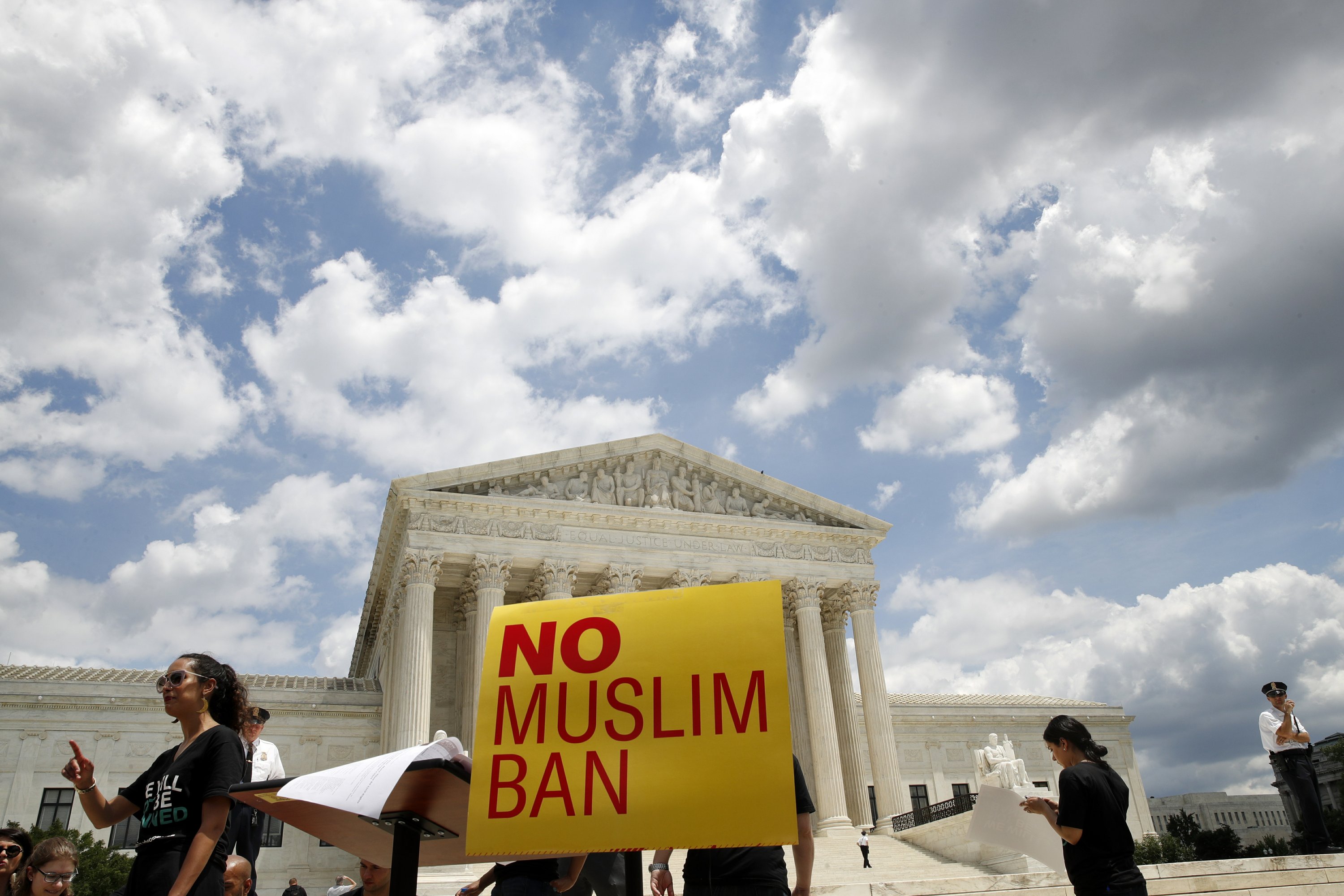 DETROIT — Maryam Bahramipanah is torn between staying with her husband, who came to Michigan from their native Iran, and returning home to see her mother, who suffered a stroke.

With the U.S. Supreme Court’s decision Tuesday to uphold President Donald Trump’s ban on travel from several mostly Muslim countries, she expects that she can’t do both.

“I’m very sad,” said Bahramipanah, who cried when she heard about the decision. “I don’t know what to do. I really don’t know. Now it’s official and I don’t know.”

Muslim individuals and groups, as well as other religious and civil rights organizations, expressed outrage and disappointment at the high court’s rejection of a challenge that claimed the policy discriminated against Muslims or exceeded the president’s authority. Protesters voiced their dismay at rallies across the country.

At a protest in New York, Khulood Nasher held back tears as she spoke of her two sons stranded in Yemen. In 2014, she received asylum and her sons were approved to join her in the U.S. But after the U.S. embassy in Yemen was closed in 2015, their processing was delayed. The last year has been filled with starts and stops for the mother, but today felt like a death blow.

“Today, we were broken. I lost my heart to see my family,” said Nasher, who works as a translator. 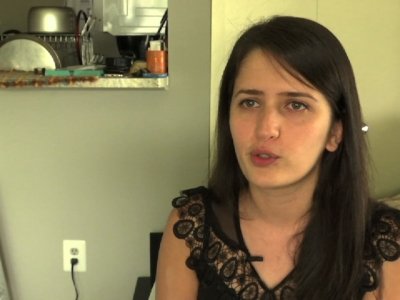 Not all reaction was negative, however. A nonprofit group that supports Trump’s policies called the decision a “tremendous victory.”

“Today’s Supreme Court ruling is monumental,” America First Policies spokeswoman Erin Montgomery said. “It states that deciding who can and cannot enter our country does indeed fall within the realm of executive responsibility. Note the word ‘responsibility.'”

The travel ban has been fully in place since December, when the justices put the brakes on lower court decisions that had blocked part of it from being enforced. The policy applies to travelers from five countries with overwhelmingly Muslim populations: Iran, Libya, Somalia, Syria and Yemen. It also affects two non-Muslim countries, blocking travelers from North Korea and some Venezuelan government officials and their families.

“For anybody who has a nonimmigrant visa who is here — even someone with a green card — I would not recommend that they leave right now,” she said. “Once you’re outside of the country and you’re trying to come in, that’s going to be a problem.”

For Afnan Salem, a Somali refugee living in Columbus, Ohio, the decision reinforces worries she may never reunite with her grandparents or father.

“We were hoping that at least the Supreme Court would rule at least for fair play and let us be reunited with our families,” said Salem, who came to the U.S. eight years ago and has since become a citizen. “But the decision that came out, our hearts are broken.”

Jehan Hakim, program coordinator for the Islamic Scholarship Fund in San Francisco, said the ban in unconstitutional, “regardless of what the government says.”

As Syrians face violence in their native country and a ban on entering the U.S., the executive director of the Syrian American Council says many are scared.

Suzanne Meriden, the council’s executive director, choked up as she said, “It’s sad on so many levels. I never cry. We’re here to calm people, but I just get stressed out about it all. You try to hold yourself together, but sometimes it’s too hard.”

The Federation for American Immigration Reform, a conservative group that supports tighter immigration policies, heralded the Supreme Court decision and called it “a great victory for the security of the American people and the rule of law.”

Bill O’Keefe, Catholic Relief Services’ vice president for government relations, said in a statement that many of the people seeking refuge in the U.S. are victims of the same terrorists Americans are trying to fight, and denying them entry won’t make the nation safer.

Bahramipanah, the Iranian woman who lives in Ann Arbor, Michigan, had hoped the Supreme Court would end the ban for good this time so her mother would be able to come to the U.S. to celebrate Bahramipanah’s birthday next week.

“My mother told me, ‘What do I buy you for your birthday?'” Bahramipanah said, choking back tears. “I said, ‘Just pray that this ban does not hold forever.'”

Jeff Karoub is a member of AP’s Race and Ethnicity Team. Follow him on Twitter at https://twitter.com/jeffkaroub and find more of his work at https://apnews.com/search/jeff%20karoub .