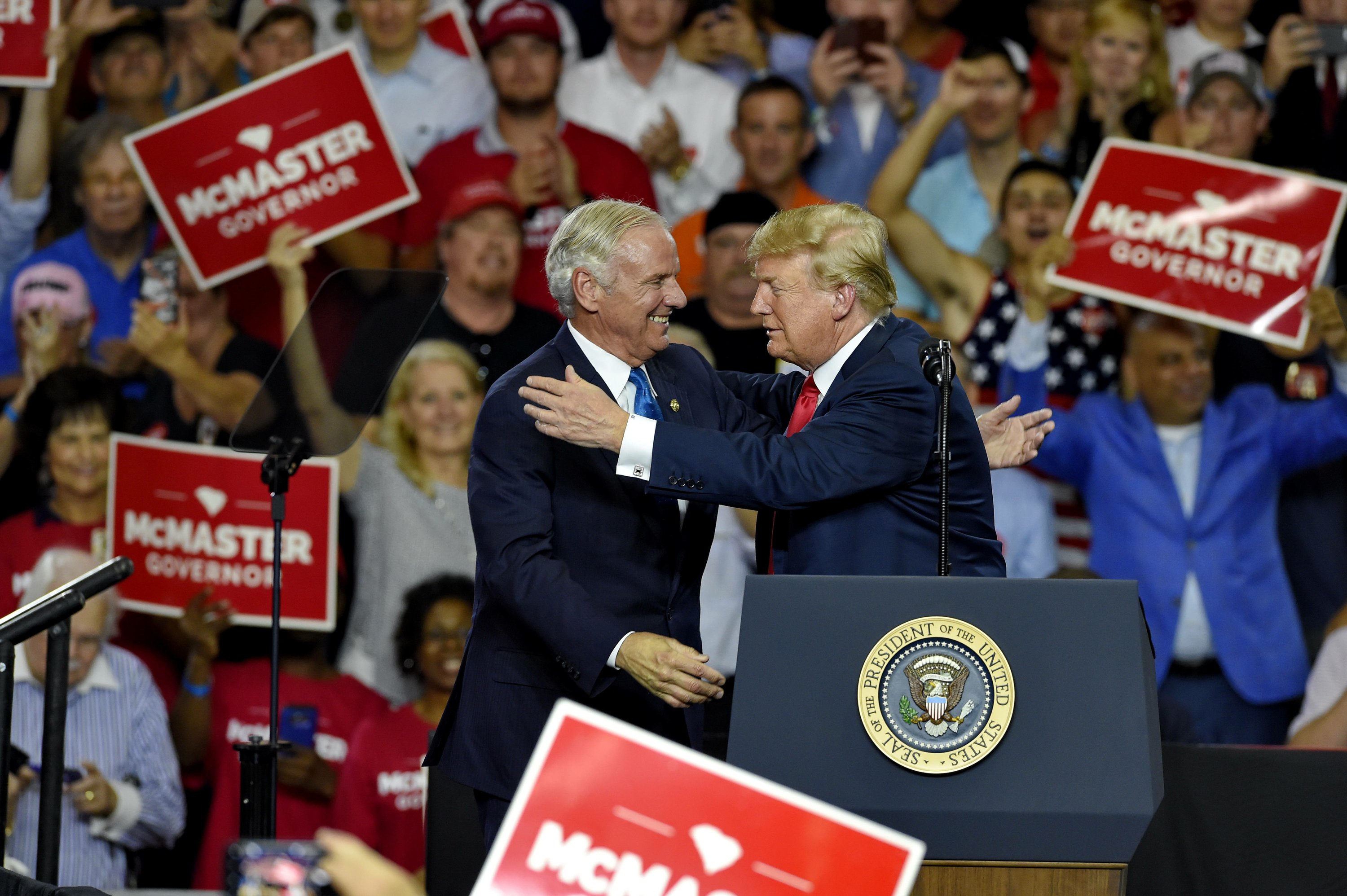 COLUMBIA, S.C. — One of President Donald Trump’s earliest and most loyal supporters won a key runoff Tuesday, as South Carolina Gov. Henry McMaster fended off a challenge from a self-made millionaire to secure the Republican gubernatorial nomination.

“Be proud of South Carolina,” McMaster told a crowd of supporters gathered Tuesday night at his victory party. “There’s no other place like it.”

The vote tested the heft of Trump’s endorsement in South Carolina, where McMaster, 71, was elevated to the governorship he’d long sought early last year following the departure of Nikki Haley to serve as U.N. ambassador. As lieutenant governor, McMaster was the nation’s first statewide elected official to back Trump, ahead of South Carolina’s early presidential primary.

McMaster — a former state attorney general and U.S. attorney who was elected lieutenant governor in 2014 — has had the last year and a half to develop the mantle of an incumbent. He’s tallied up economic development announcements and championed issues aligned with the president’s priorities, such as clamping down on sanctuary cities and restricting funding for groups affiliated with abortions.

In November’s general election, he’ll seek a full term for the office that eluded him in 2010, when he lost a four-way primary to Haley in his first bid for governor.

Tuesday’s runoff threatened to embarrass the White House if the governor fell short to businessman and first-time candidate John Warren. Warren largely self-funded his effort and argued he was more similar to Trump than McMaster.

Two weeks ago, McMaster was the top individual vote-getter in the GOP gubernatorial primary but failed to get the majority needed to win it outright. Warren came in second and was quickly endorsed by the third- and fourth-place finishers.

At an election night party in Greenville, Warren, 39, told supporters that together they had started a new movement within South Carolina’s Republicans and that he hoped the momentum would continue despite the loss.

“Conservatives across this state have united, and they want to take their government back from the special interests, the political insiders,” Warren said. “And that message is worth repeating for years to come.”

Both Trump and Vice President Mike Pence have visited the state in recent days to campaign for McMaster. During a wide-ranging speech at a rally in West Columbia on Monday night, Trump implored Republicans to back McMaster. Trump pointed to his frequent nemesis, the news media, and warned that a loss for McMaster would be portrayed as a defeat for him.

“So please, get your asses out tomorrow and vote,” Trump said. He followed up the rally with a sunrise tweet telling voters McMaster “will never let you down” and tweeted a congratulatory message Tuesday night.

Trump has a mixed track record when going all-in for candidates. His preferred candidates have recently lost in Alabama and Pennsylvania.

On Tuesday night, McMaster said that he could continue the state’s upward momentum by parlaying his relationship with the Trump administration. One of his supporters said Tuesday that he felt the president’s backing of McMaster could give a needed boost to the campaign at a critical moment.

“He brought himself and Mike Pence here,” Tony Anderson Jr. of Conway said. “That just speaks volumes. Trump supports Henry because he knows Henry is a genuine guy.”

Sign up for “Politics in Focus,” a weekly newsletter showcasing the AP’s best political reporting from across the United States leading up to the 2018 midterm elections: http://apne.ws/3Gzcraw.

Reach Kinnard at http://twitter.com/MegKinnardAP. Read her work at https://apnews.com/search/meg%20kinnard.