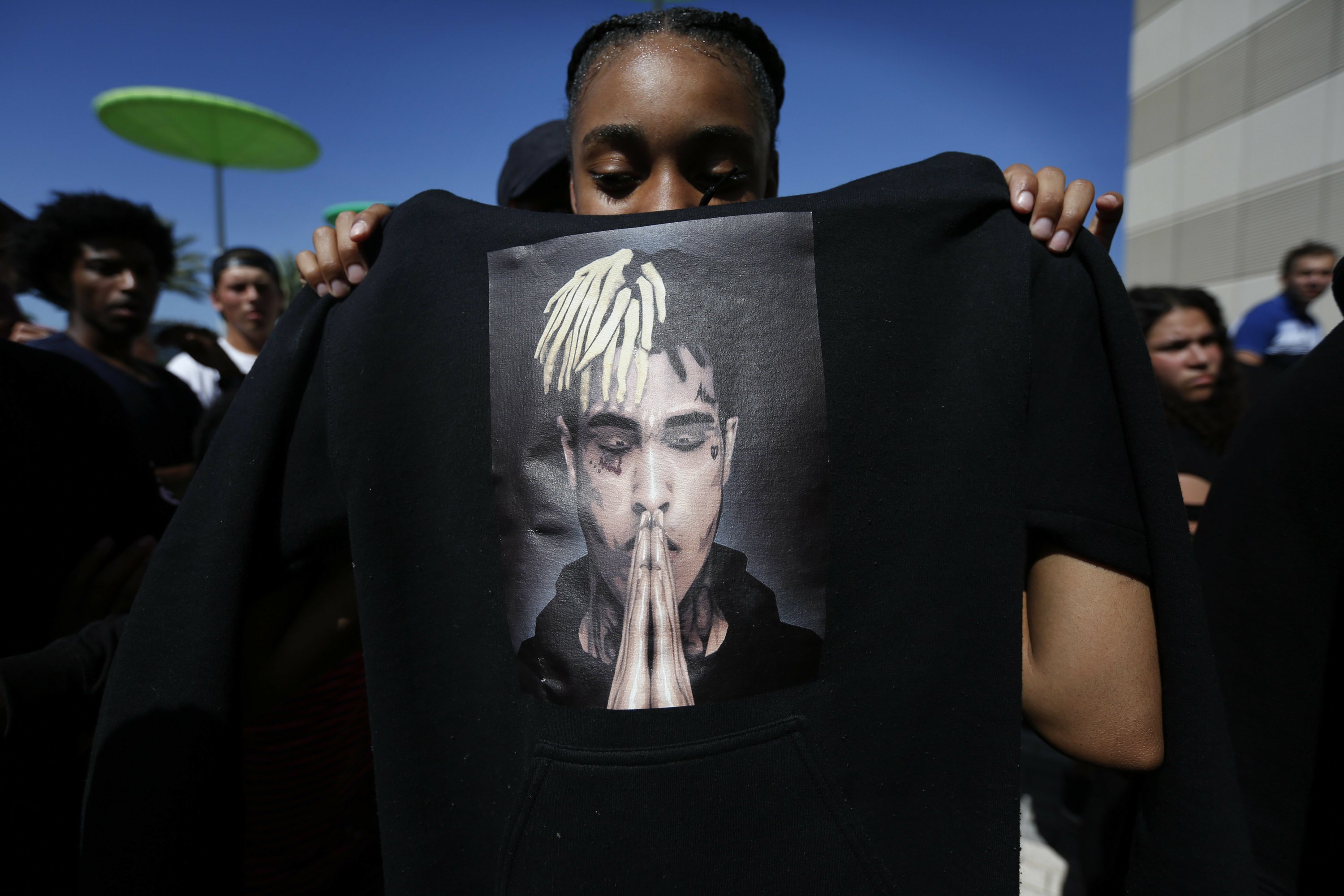 FORT LAUDERDALE, Fla. — Loudspeakers blasted songs by the late rapper XXXTentacion as thousands of fans chanting his lyrics lined up for hours in a Florida arena to see the performer laid out in a casket, two braids flowing over the side.

XXXTentacion was gunned down last week at the age of 20 in what police said was an apparent robbery. His sudden death shocked fans and unleashed praise for a rapper described as both a gift and troubled figure in the world of music.

XXXTentacion, who sported dreadlocks and facial tattoos and who pronounced his name “Ex ex ex ten-ta-see-YAWN,” was a platinum-selling rising star who tackled issues including prejudice and depression in his songs. He also drew criticism over bad behavior and multiple arrests, including charges that he severely beat and abused his girlfriend.

On Wednesday, security guards flanked the casket, which was surrounded by black roses and silver leaves as a row of spotlights lit the stage at the 20,000-seat BB&T Center in Sunrise, Florida. Family members and friends gathered in a roped-off area and wore black T-shirts that said “Bad” on front and “No more pain” on the back. 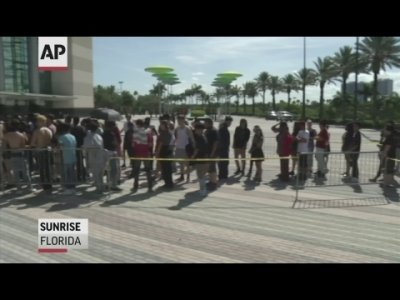 The somber crowd grew rowdy as popular songs came on and many started jumping and raising their hands in the air as they shouted lyrics. On the way into the arena as well as on stage near the casket, many fans wept openly, held hands and hugged each other.

A fan who identified himself as Choice Bison said on his way in that XXXTentacion stood for hope and energy.

The performer was shot while leaving a South Florida motorcycle shop in his luxury electric sports car in what police said was an apparent robbery. Police have arrested one suspect and on Wednesday identified another man as person of interest.

Another fan, Andrew Cusumano, said it was sad that XXXTentacion’s life was cut short at the start of his career.

“I listened to him almost every day for the last 2 years. He was just someone I saw a lot of potential in and was wanting to follow his career,” Cusumano said. “I thought he would be around in the industry for a long time, and you know I watched all his videos.”

Meanwhile, the investigation into the rapper’s death continues.

Dedrick Williams, 22, was arrested last week and charged with the rapper’s slaying. He has not yet entered a plea.

The Broward Sheriff’s Office said Wednesday that detectives want to question another man, 22-year-old Robert Allen, about his knowledge of the slaying. Investigators released photos of Allen, including one taken the day XXXTentacion was slain. Allen has not been charged with any crime.

Authorities say in an affidavit that two armed men wearing masks — one black, one red — got out of an SUV that was blocking the rapper’s luxury car outside the Riva Motorsports motorcycle shop. After a struggle, XXXTentacion was shot by at least one of the men, who took a small bag from his car and fled in a vehicle detectives later recovered.

Following his death, XXXTentacion topped the Billboard Hot 100 chart with “Sad!” and his two albums have landed in the Top 10.

Billboard reports that the rapper-singer’s song originally peaked at No. 7, but jumped back this week from No. 52 to No. 1, supplanting Drake’s “Nice for What.”