What Kennedy’s retirement means for Republicans 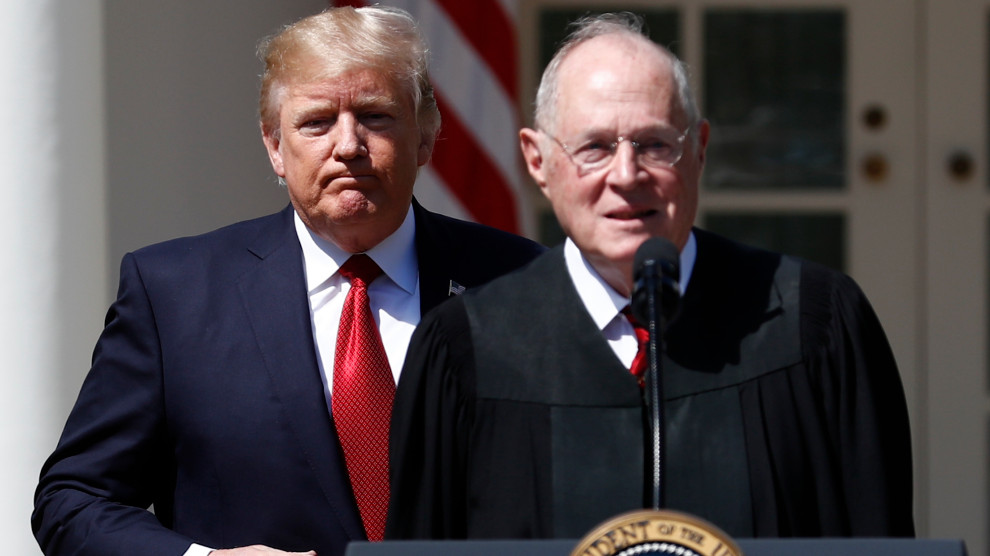 Justice Anthony Kennedy’s departure is one of the most significant shake-ups to the Supreme Court in recent memory. Without Kennedy, the Court is split evenly between four Democratic appointments and four Republican appointments.

Despite Kennedy’s appointment by President Ronald Reagan, he was known to side with either liberals or conservatives depending on the issue. He was the swing voter in almost all 5-4 decisions, including issues such as the legalization of same-sex marriage, Obamacare and abortion rights. Kennedy’s role on the Court earned him the nickname “The Decider.”

No longer will his vote be the deciding one.

In all probability, President Donald Trump will nominate a more hardcore conservative to the bench, someone well to the right of Kennedy. The Trump nominee will almost certainly make Chief Justice John Roberts the swing voter, and that is not a good sign for Democrats.

With this new Court composition, Republicans will have the power to make a long-lasting impact on American law. Entrepreneurial lawyers will most likely push their agenda and have the Court erase precedent that was made when the Court was more liberal in composition.

However, despite all the hope conservatives have, we must remember to look back on history. In a similar scenario in the early 1990s, the Supreme Court’s makeup also shifted to the right.

Conservatives across the country were eager to overturn the landmark abortion rights case Roe v. Wade. In fact, the Pennsylvania Legislature passed the Pennsylvania Abortion Control Act of 1982 intending to create litigation taking it all the way to the Supreme Court.

And for many conservatives, the Supreme Court dropped the ball in the resulting case Planned Parenthood v. Casey. Instead of overturning Roe v. Wade, the Court took a moderate approach and created the “undue burden” standard that lives today.

Conservatives must remember not to set their hopes too high on the Supreme Court, because we’ve been in a situation like this before.