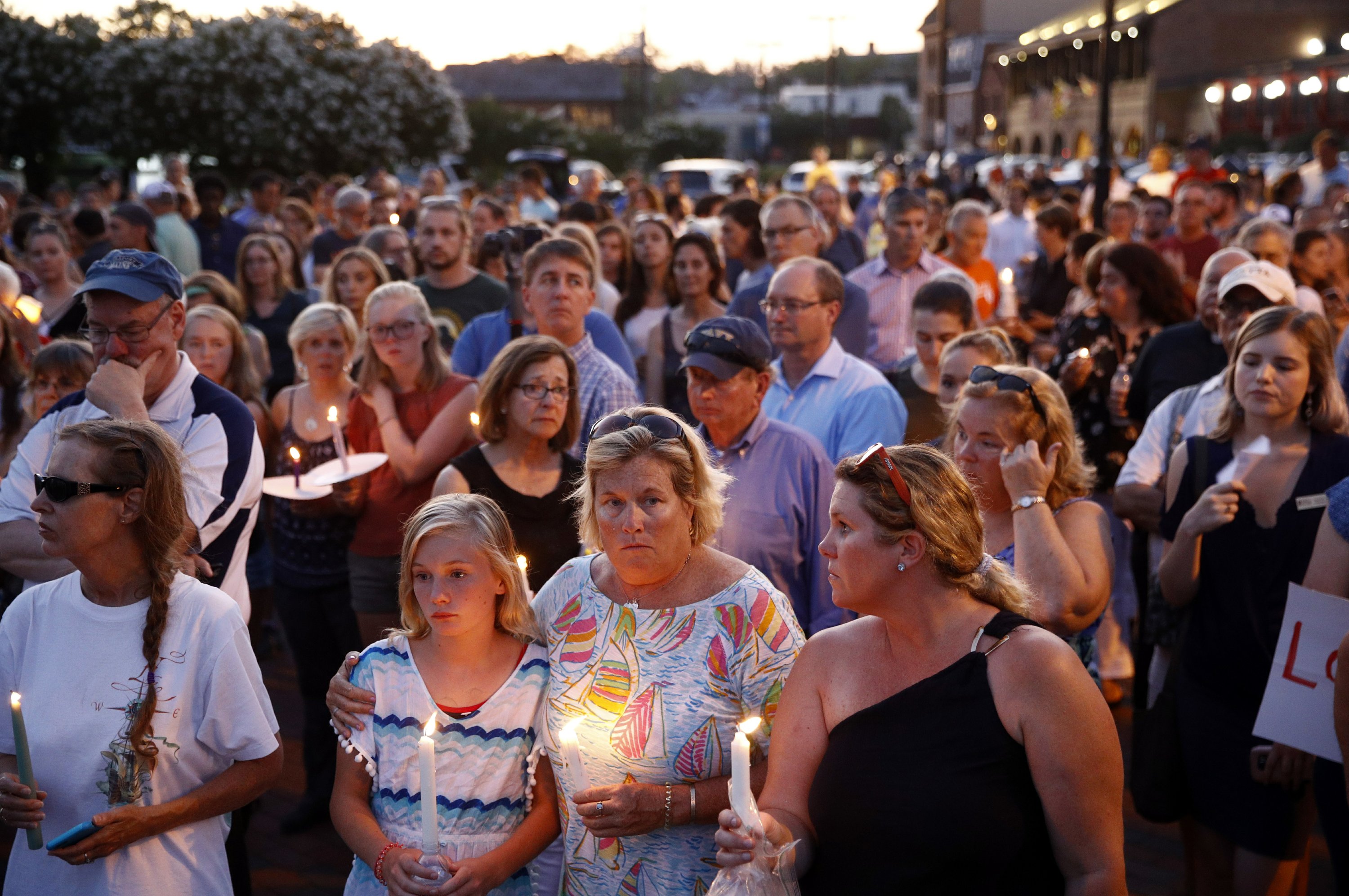 ANNAPOLIS, Md. — Quietly clutching candles or hoisting #AnnapolisStrong signs, more than 1,000 people streamed through Maryland’s capital, remembering five people slain in a newspaper office not just as gatekeepers of the news but as a crucial piece of their tight-knit community.

Friends, former co-workers and people who felt connected to the victims took part in a strikingly silent candlelit march Friday night to honor the employees of The Capital newspaper who were killed a day earlier in one of the deadliest attacks on journalists in U.S. history.

Melissa Wilson, who came to the vigil with her husband, Benjamin, their 9-year-old daughter and 5-year-old son, said many Annapolis residents have “one degree of separation” from at least one victim.

“The people who made our newspaper are people we felt we knew, even if we had never met them before,” Benjamin Wilson said.

Melissa Wilson’s employer has offices in the same building as the newspaper and her co-workers were there when a gunman methodically blasted his way through the newsroom with a 12-gauge pump-action shotgun.

Jarrod W. Ramos has been charged with five counts of first-degree murder. Authorities say he has a longtime grudge against the paper, suing it in 2012 after it ran an article about him pleading guilty to harassing a woman. He also sent a barrage of menacing tweets that led to an investigation five years ago. 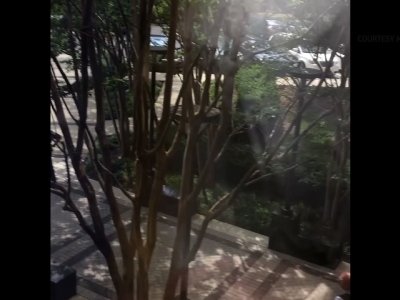 Amateur video footage obtained by The Associated Press shows the moment that police apprehended the suspect in the shooting that left five people dead at a Maryland newspaper on Thursday. (June 29)

A detective concluded he was no threat, and the paper didn’t want to press charges for fear of “putting a stick in a beehive.”

David Marsters, who worked at the newspaper from 2008 to 2016 and knew four of the slain employees, said the outpouring of grief over their deaths is a testament to the special bond the newspaper has with its readers.

“They were great people who did amazing work in the community,” he said.

He took part in the march that ended at a waterfront harbor called “City Dock,” where laughter and the noise of playing children usually carries across the restaurants, bars and shops. But not on Friday.

“For it to be so still and so somber, especially on a Friday night, it’s startling,” Kit O’Neill said, describing Annapolis as “a small town with a big heart.”

“And the Gazette is its mighty newspaper,” she added.

Earlier, dozens of mourners gathered at the Unitarian Universalist Church of Annapolis to pay tribute to congregation member Wendi Winters and the other victims.

The Rev. Fred Muir’s voice cracked as he described the mounting dread he felt Thursday as it became clear Winters didn’t survive. He described her as a beloved “pillar of her community.”

“Everybody has a Wendi Winters story. She was a force to be reckoned with,” he said.

Muir said the shock and grief have reverberated across Annapolis, a city he described as a small town where many people knew somebody who worked at the newspaper.

In the attack, police said Ramos barricaded the rear exit of the office to prevent anyone from escaping, gunning down one victim trying to slip out the back.

His public defenders had no comment after he was denied bail in a brief court appearance. He was placed on suicide watch.

A detective investigated, holding a conference call with an attorney for the publishing company, a former correspondent and the paper’s publisher, Anne Arundel County Police Chief Timothy Altomare said.

A police report said the attorney produced a trove of tweets in which Ramos “makes mention of blood in the water, journalist hell, hit man, open season, glad there won’t be murderous rampage, murder career.”

The detective, Michael Praley, said in the report that he “did not believe that Mr. Ramos was a threat to employees” at the paper, noting that Ramos hadn’t tried to enter the building and hadn’t sent “direct, threatening correspondence.”

“As of this writing the Capital will not pursue any charges,” Praley wrote. “It was described as putting a stick in a beehive which the Capital Newspaper representatives do not wish to do.”

Marquardt, the former publisher, said he talked with the newspaper’s attorneys about seeking a restraining order but didn’t because he and others thought it could provoke Ramos to do something worse.

Later, in 2015, Ramos tweeted that he would like to see the paper stop publishing, but “it would be nicer” to see two of its journalists “cease breathing.”

“This led us to believe that he had moved on, but for whatever reason, he decided to resurrect his issue with The Capital yesterday,” the former publisher said. “We don’t know why.”

The police chief said new posts went up just before the killings but authorities didn’t know about them until later.

Little has been released about Ramos, other than that he is single, has no children and lives in an apartment in Laurel, Maryland. He was employed by an IT contractor for the U.S. Labor Department’s Bureau of Labor Statistics from 2007 to 2014, a department spokesman said.

The rampage began with a shotgun blast that shattered the glass entrance to the open newsroom. Ramos carefully planned the attack, using “a tactical approach in hunting down and shooting the innocent people,” prosecutor Wes Adams said.

Journalists crawled under desks, describing agonizing minutes of terror as they heard the gunman’s footsteps and the repeated blasts.

“I was curled up, trying not to breathe, trying not to make a sound, and he shot people all around me,” photographer Paul Gillespie, who dove beneath a desk, told The Baltimore Sun, owner of the Annapolis paper.

Gillespie said he heard a colleague scream, “No!” A gunshot blast followed. He heard another co-worker’s voice, then another shot.

The chief said Ramos’ shotgun was legally purchased about a year ago despite his guilty plea in the harassment case. He also carried smoke grenades, authorities said.

Associated Press writers Sarah Rankin and Denise Lavoie in Richmond, Va., contributed to this story, as did the AP News Research Center in New York.