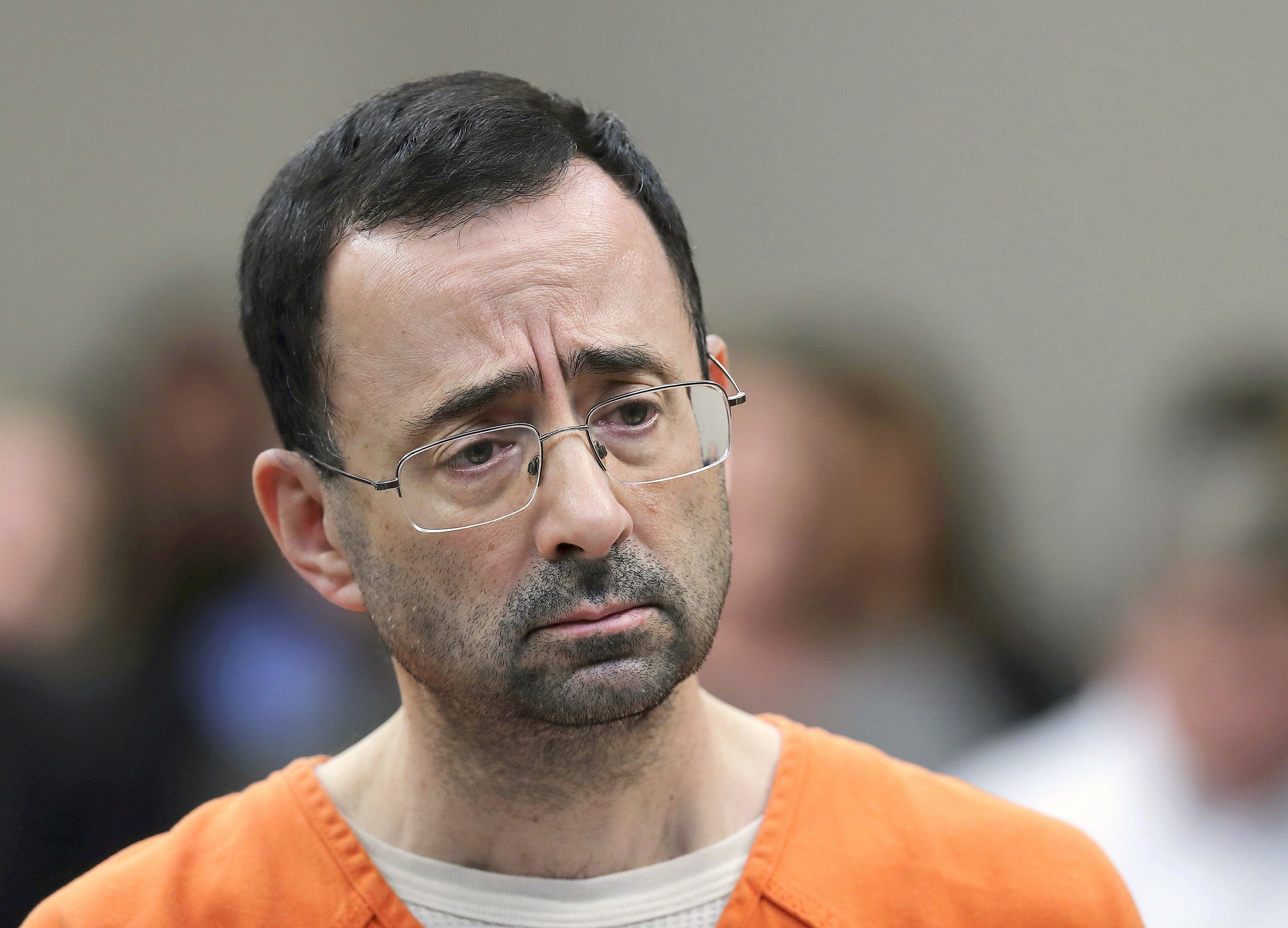 A grand jury indicted Nassar on six counts of second-degree sexual assault of a child, while a former trainer, Debra Van Horn, was indicted on one count, Walker County prosecutor Stephanie Stroud said during a news conference in Huntsville. She said the charges involve six victims.

Details of the alleged assaults weren’t immediately released. When asked for specifics about the allegations against Van Horn, Walker County District Attorney David Weeks said only that she was charged as “acting as a party” with Nassar.

Nassar is already serving decades in prison for sexual assault and child pornography possession in Michigan, where hundreds of women and girls accused him of sexually abusing them under the guise of medical treatment. They said the abuse stemmed back decades, including while he worked for USA Gymnastics, which is responsible for training Olympic gymnasts, and Michigan State University.

The Texas charges stem from an investigation at the famed gymnastics training center just outside Huntsville that was run by Bela and Martha Karolyi, the former national women’s gymnastics team coordinators. Five former gymnasts implored authorities last month to determine whether the Karolyis could have prevented abuse at their facility. Two gymnasts said Nassar abused them there.

Stroud said Friday that no charges were filed against the Karolyis, who have denied knowledge of any mistreatment at their since-closed facility about 70 miles (110 kilometers) north of Houston. 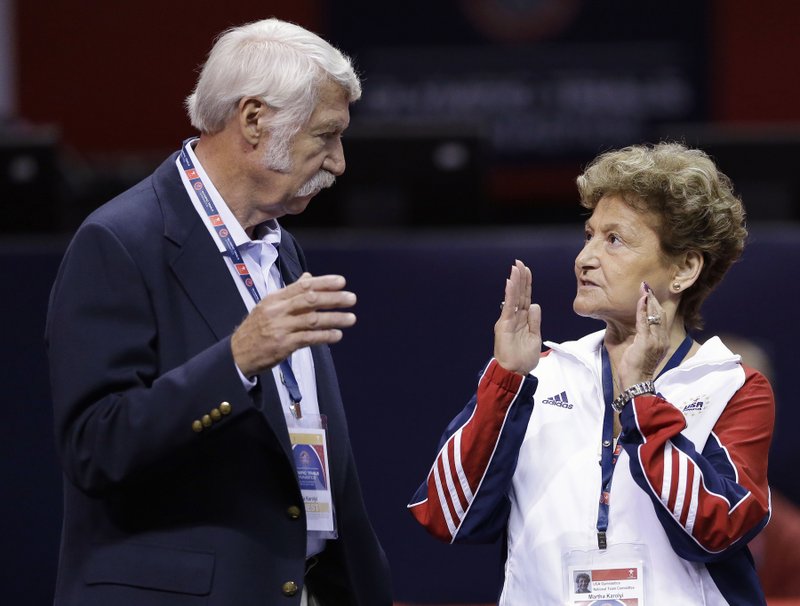 FILE – In this June 29, 2012, file photo, Bela Karolyi, left, and his wife, Martha Karolyi, talk on the arena floor before the start of the preliminary round of the women’s Olympic gymnastics trials in San Jose, Calif. (AP Photo/Gregory Bull, File)

“Bela and Marta Karolyi were interviewed at length. The Karolyis were and remain fully cooperative with this investigation,” Stroud said.

But, she added: “It’s our belief that there was a total failure by USAG (USA Gymnastics) to protect athletes that were part of their program and to take appropriate action once they were made aware of Dr. Nassar’s actions.”

Stroud said investigators tried to determine if anyone at the ranch knew about Nassar’s alleged assaults and didn’t report them. But the two-year statute of limitations had already lapsed on any possible misdemeanor charges of failure to report.

“That in no way means there was no wrongdoing at the ranch or within the ranks of USAG,” she said.

The Karolyis are suing the U.S. Olympic Committee and with USA Gymnastics, seeking damages for the canceled sale of their training center — a transaction that tanked in the wake of the Nassar sex-abuse cases. They’re seeking more than $1 million in damages.

Several former gymnasts have also filed lawsuits. One of them, Sabrina Vega, filed a lawsuit in May alleging USA Gymnastics, the U.S. Olympic Committee and the Karolyis failed to protect her and other athletes.

Vega, who was on the team that won a gold medal at the 2011 World Championships, alleges the organizations and the Karolyis ignored signs about Nassar’s behavior or should have known he posed a risk to the gymnasts he treated.

Vega alleges that during medical treatments, Nassar molested her hundreds of times from 2008, when she was 12 years old, until 2012. She alleges the abuse occurred during competitions and while she trained at the Karolyi ranch.

Texas’ governor ordered an investigation into what he called “gut-wrenching” allegations after the gymnasts came forward in Texas.

Weeks, the local district attorney, said Friday he wants to bring Nassar to Texas to face the charges. Nassar is currently housed at a federal prison in Arizona.

“There are a number of hoops we have to jump through to get him here,” Weeks said during Friday’s news conference.

Congress passed a bill in January that makes members of amateur sports organizations, including those that run Olympic sports, mandatory reporters of sexual abuse. It also requires the organizations to implement standard protections for athletes.

For more stories on Larry Nassar and the fallout from his years of sexual abuse of young women and girls: https://apnews.com/tag/LarryNassar