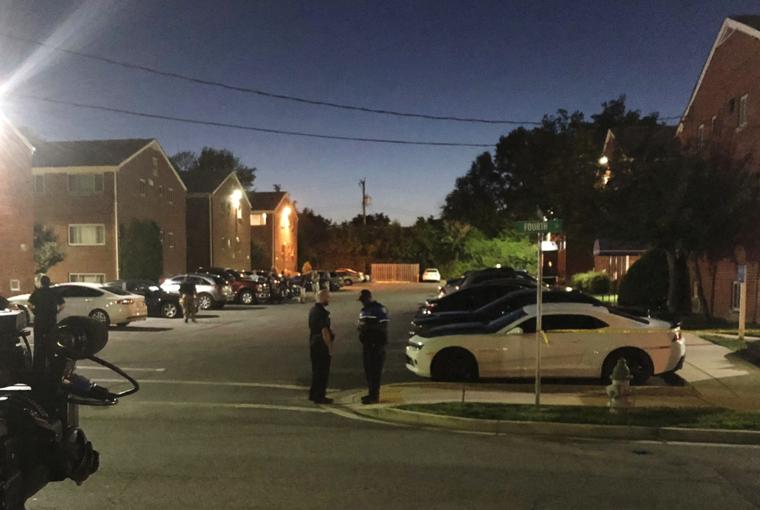 ANNAPOLIS, Md. — Before he developed a long-running grudge against The Capital Gazette, the man who police say opened fire and killed five newspaper staffers directed his anger at a female high school classmate he barely knew.

Courthouses in Maryland are clogged with lawsuits brought by Jarrod Ramos against judges, reporters and lawyers he thought had wronged him. In each case, they took the side of the classmate who said Ramos had harassed her relentlessly for a year.

Ramos, 38, of Laurel, Maryland has been charged with five counts of murder in Thursday’s shooting — one of the deadliest attacks on journalists in U.S. history.

Court documents and social media posts written by Ramos paint a portrait of an angry, frustrated man fuming about how he’d been mistreated and maligned.

His aunt, Vielka Ramos, said her nephew was highly intelligent, but was a solitary man.

“He would try to communicate with people, but he was a loner,” she told The Baltimore Sun.

“He was distant from the family. He just wasn’t close to anybody,” she said.

Ramos grew up in Severn, about 20 miles (32 kilometers) from Annapolis, and attended Arundel High School, graduating in 1997. In his high school yearbook photo, he is smiling, and has shoulder-length, curly brown hair and oversized glasses.

In late 2009 or early 2010, Ramos contacted a former high school classmate via email thanking her “for being the only person that was ever nice, or said hello to him in high school,” the woman wrote in court documents when she sought a peace order protecting her from Ramos in January 2011.

“I responded saying that I did not remember him,” she wrote.

She said Ramos told her about mental health issues he’d been having, so she suggested a clinic. Ramos then sent her a series of hateful and vulgar emails, including calling her a “dirty slut,” she wrote.

She eventually went to police, and Ramos ended up pleading guilty to a misdemeanor harassment charge. Five days after his guilty plea, the newspaper wrote a story about the case. That touched off a yearslong tirade against the newspaper.

Ramos filed a defamation lawsuit, but a judge dismissed the case, finding that Ramos could not point to a single statement in the article that was false. But Ramos, acting as his own attorney, pursued the case all the way up to Maryland’s highest court, the Court of Appeals, which denied his petition in 2016.

In his written court filings, Ramos frequently used overwrought language. In 2012, when the newspaper argued to have the case tossed out, Ramos referred to his complaint as “a blob of facts — fed and grown on their own sins — and they have stepped right in it, to be eaten alive.”

In one court document, Ramos refers to himself as a citizen who “values truth, integrity, equal justice under the law and fair access to the courts.”

Ramos was employed by an IT contractor for the Labor Department’s Bureau of Labor Statistics — the agency that does the monthly jobs report and other economic data — from 2007 through 2014, a department spokesman said.

Little else is known about his work history. A lawyer who represented him in the harassment case told the newspaper he holds a degree in computer engineering.

Brennan McCarthy, the lawyer who represented his former classmate, said Ramos’ harassment of her was malicious.

“He was as angry an individual as I have ever seen,” McCarthy said.

After his lawsuit against the newspaper was dismissed, Ramos posted profanity-laced tweets about the paper, its reporters and editors.

In 2015, he tweeted that he would like to see the paper stop publishing, but “it would be nicer” to see two of its journalists “cease breathing.”

Ramos’ online grudge seemed to disappear for a while until some new posts appeared just before the killings.

One of the biggest unanswered questions is what set Ramos off after a two-year period of silence. Investigators were reviewing his social media postings and searching his apartment.

A transcript from a hearing in his defamation case showed that Ramos was particularly bothered that the newspaper article reported he said “f— you, leave me alone” to the woman who accused him of harassment. The woman said she hadn’t written him in months.

“That carries a clear implication that something is wrong inside my head, that I’m insane,” Ramos told the judge.

Ramos sent that same message on the day of the shootings on a Twitter feed he controlled.