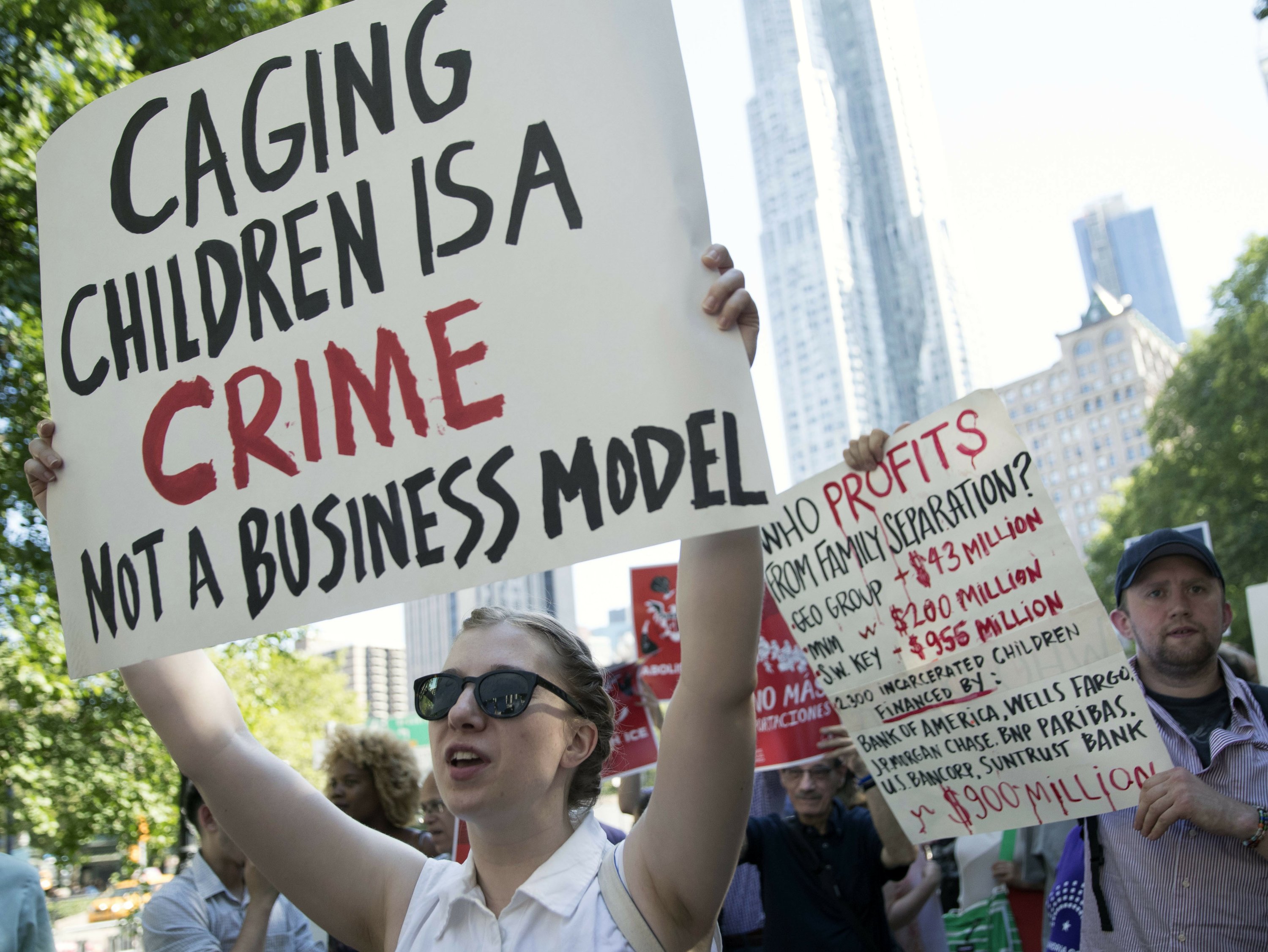 PORTLAND, Ore. — Liberal activists, parents and first-time protesters motivated by accounts of children separated from their parents at the U.S.-Mexico border plan to rally in hundreds of cities nationwide Saturday to press President Donald Trump’s administration to reunite the families quickly.

More than 600 marches could draw hundreds of thousands of people across the country, from immigrant-friendly cities like Los Angeles and New York City to conservative Appalachia and Wyoming under the banner Families Belong Together.

Though many who show up will be seasoned anti-Trump demonstrators, others will be new to immigration activism, including parents who say they feel compelled to show up after heart-wrenching accounts of children forcibly taken from their families as they crossed the border illegally. In Portland, Oregon, for example, several stay-at-home moms have organized their first rally while caring for young kids.

“I’m not a radical, and I’m not an activist,” said Kate Sharaf, a Portland co-organizer. “I just reached a point where I felt I had to do more.”

Immigrant advocacy groups say they’re thrilled — and surprised — to see the issue gaining traction among those not tied to immigration.

“Honestly, I am blown away. I have literally never seen Americans show up for immigrants like this,” said Jess Morales Rocketto, political director at the National Domestic Workers Alliance, which represents nannies, housekeepers and caregivers, many of whom are immigrants. “We just kept hearing over and over again, if it was my child, I would want someone to do something.”

Saturday’s rallies are getting funding and support from the American Civil Liberties Union, MoveOn.org, the National Domestic Workers Alliance and The Leadership Conference. But local organizers are shouldering on-the-ground planning, many of them women relying on informal networks established during worldwide women’s marches on Trump’s inauguration and its anniversary.

Tyler Houlton, a spokesman for the U.S. Department of Homeland Security, welcomed interest in the immigration system and said only Congress has the power to change the law.

“We appreciate that these individuals have expressed an interest in and concern with the critical issue of securing our nation’s borders and enforcing our immigration laws,” Houlton said. “As we have indicated before, the department is disappointed and frustrated by our nation’s disastrous immigration laws and supports action.”

In Portland, Sharaf and other mothers who organized the rally hope to attract 5,000 people.

Right-wing activists with the group Patriot Prayer also have a permit to march later in the day Saturday and the Portland Police Bureau said Friday they planned to have a heavy police presence.

“This is not my wheelhouse,” Conroy said. “As far as I’m concerned, this is a national emergency that we all need to be focused on right now.”

That passion is heartening for the broader anti-Trump coalition, which hopes marches will attract people who have otherwise been on the sidelines, said David S. Meyer, a political science professor at the University of California, Irvine, who has authored books on U.S. political protest.

“There are people who have all kinds of other grievances or gripes with the Trump administration and they’re quite happy to use this one as the most productive and salient for the moment,” he said.

Immigration attorney Linda Rivas said groups have met with U.S. authorities, congressional representatives and other leaders to discuss an escalating immigration crackdown that they say began decades ago. But the family separation policy has been a watershed for attracting a broader spectrum of demonstrators, she said.

“To finally have people on board wanting to take action, marching, taking to the streets, it’s been motivating for us as advocates because we have to keep going,” Rivas said.