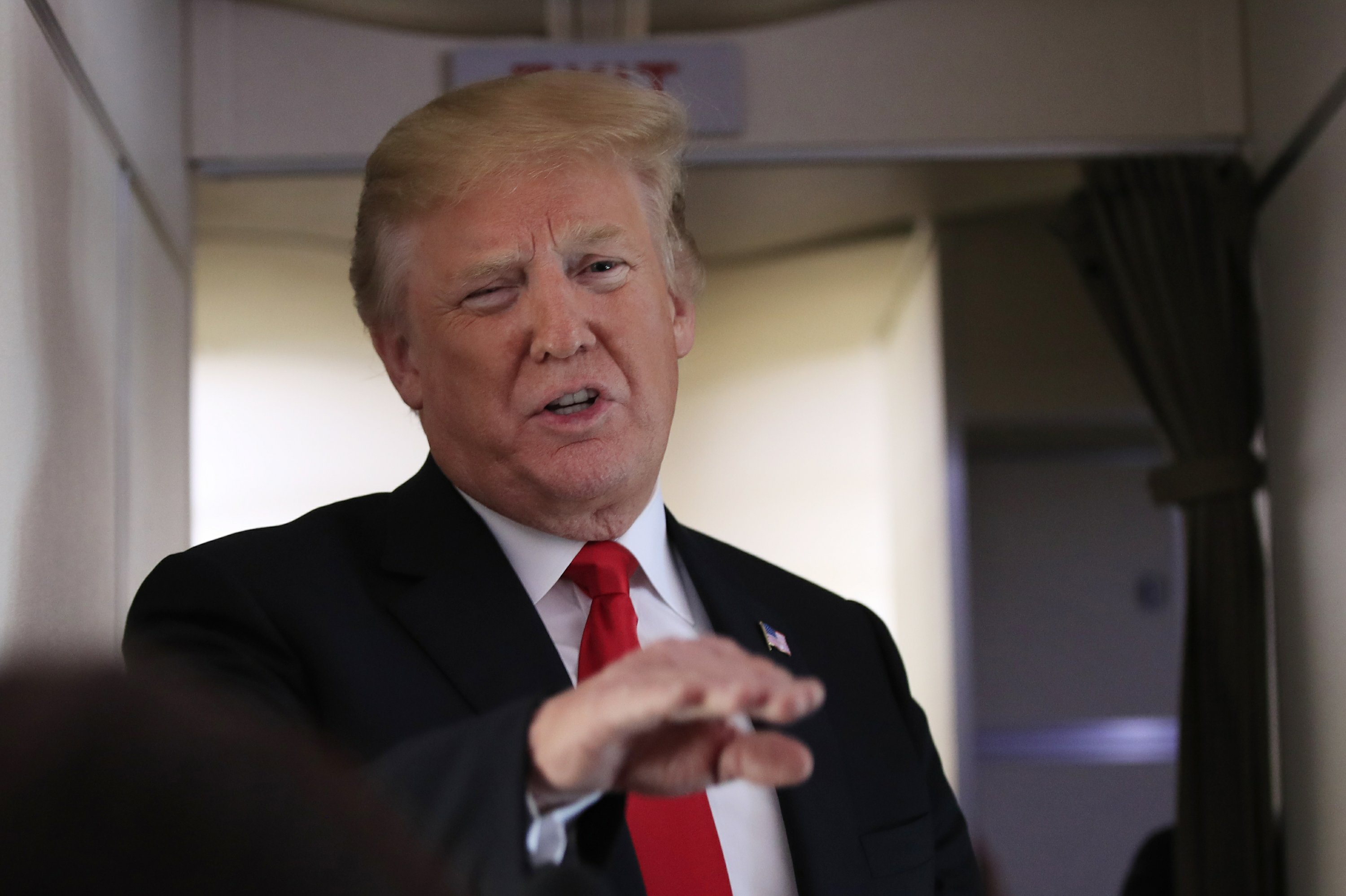 MORRISTOWN, N.J. — Powering forward with a decision that could reshape the Supreme Court for decades, President Donald Trump said Friday he will announce his choice to succeed retiring Justice Anthony Kennedy on July 9. He added that two women are among his top candidates for the job.

The president, who spoke aboard Air Force One on the way to his golf club in New Jersey, said he had identified a group of at least five potential candidates for the nation’s high court and he may interview as many as seven.

Kennedy, a key swing vote on the court, announced Wednesday that he would retire this summer. Kennedy’s news that he’ll leave the court next month immediately activated a network of White House aides, congressional allies and outside advocates, all set for their second Supreme Court confirmation fight in two years.

Trump told reporters he planned to begin interviewing possible candidates Monday but he may meet with some over the weekend in New Jersey. Asked if he planned to question potential court nominees their views on abortion rights and Roe v. Wade, he responded, “That’s not a question I’ll be asking.”

He added, “I think it’s inappropriate to discuss.” 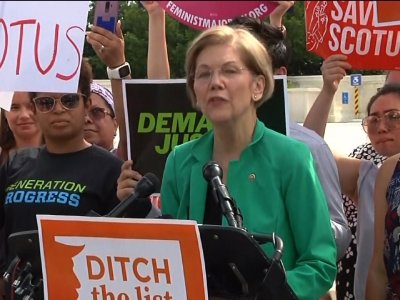 The president did not disclose whom he is considering for the job. But he has promised to draw the next justice from a list of 25 prospective candidates that was first established during the 2016 presidential campaign and updated last fall, with advice from conservatives. That list includes six women.

On whether the time was right for a conservative woman to join the court, Trump said: “Could be. As I said, I’m looking specifically at two women.” Asked about Barrett, he said, “She’s an outstanding woman.”

Trump was also asked about Sen. Mike Lee, who is the one non-judge on the list.

“Mike Lee, he’s an outstanding talent,” Trump said. “I actually saw him on television last night where he said he’d love the job. Usually they don’t say that.”

Trump has moved quickly on his selection process. He met Thursday with key Republican and Democratic senators at the White House in the evening to discuss the vacancy. Trump welcomed Republicans Chuck Grassley, Susan Collins, Lisa Murkowski and Democrats Joe Manchin, Joe Donnelly and Heidi Heitkamp as part of the effort. The White House said Trump’s team also spoke with more than a dozen additional senators.

Senate Majority Leader Mitch McConnell, R-Ky., has committed to confirming a nominee in the fall, which the Republican-controlled Senate should be able to do if McConnell can hold his razor-thin majority together.

“We’d be very happy if he’d pick any name on that list,” said Severino. “Judges, and particularly the Supreme Court, have been a resounding success of this administration. What we’re seeing here is Gorsuch 2.0.”

Steven Law, president of the Senate Leadership Fund, a campaign group aligned with McConnell, said the group is running digital ads in 10 states that Trump won in 2016 where Democratic senators are now up for re-election.

With a little over a week before his big announcement, Trump is relishing the moment.

“It is exciting though, right?” said Trump. “From day one, I’ve heard, outside of war and peace of course, the most important decision you make is the selection of a Supreme Court judge — if you get it.”