Mexico elects AMLO president: what it means for the U.S. 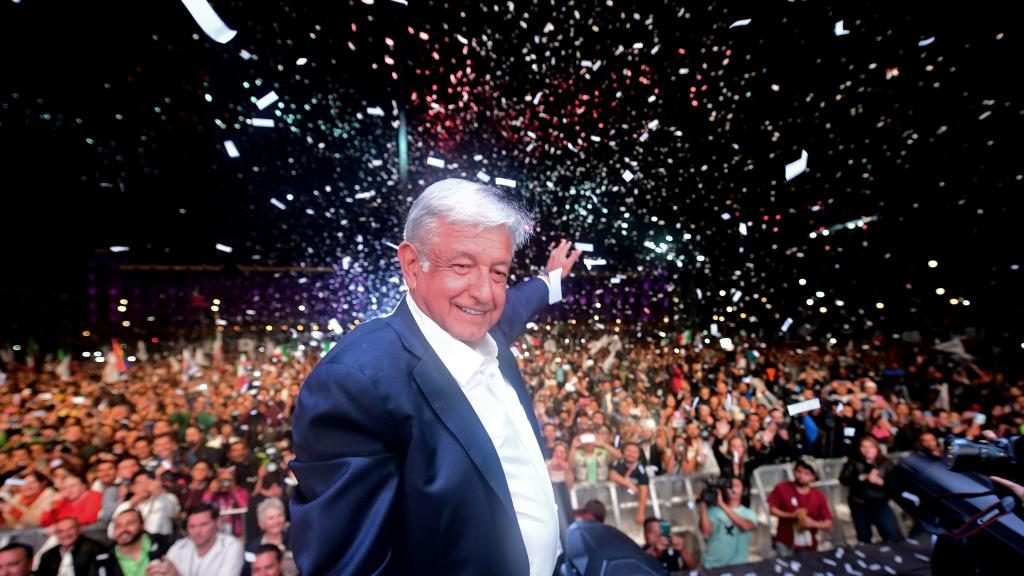 Andrés Manuel López Obrador, a leftist populist candidate often referred to by his initials AMLO, won the Mexican presidential election on Sunday in a landslide over rivals from Mexico’s two largest parties. He garnered 53 percent of the vote, with his closest opponent netting only 22 percent.

AMLO ran on few specific ideas, focusing more on voter frustration with Mexico’s traditional parties and a vague desire for change. He promised economic self-sufficiency through strong government intervention in the economy, a peaceful approach to the war on drugs and a zero tolerance policy toward government corruption. He also promised large increases in pensions and the minimum wage without any tax increases or additional debt.

AMLO was attacked by his opponents as a threat to democracy and was compared to Venezuelan strongman Hugo Chávez. However, AMLO promised not to nationalize the banks nor increase the country’s debt.

For the United States, AMLO’s election could have reverberations. The biggest concern is if AMLO does turn into another Socialist like Chávez, the U.S. could experience a large number of economic refugees. Even if he merely weakens the Mexican economy, the result could be an uptick in illegal immigration.

Also, AMLO’s protectionist views might mean that he wants to renegotiate NAFTA. While tariffs could protect some Mexican industries from foreign competition, tariffs in general reduce economic activity.

It is more likely that AMLO, constrained by Mexico’s Congress, will be forced to withdraw his more-ambitious proposals. It is not possible to increase payments without new taxes or debt.

If AMLO’s proposals do not work, look for his coalition allies to turn against him quickly.