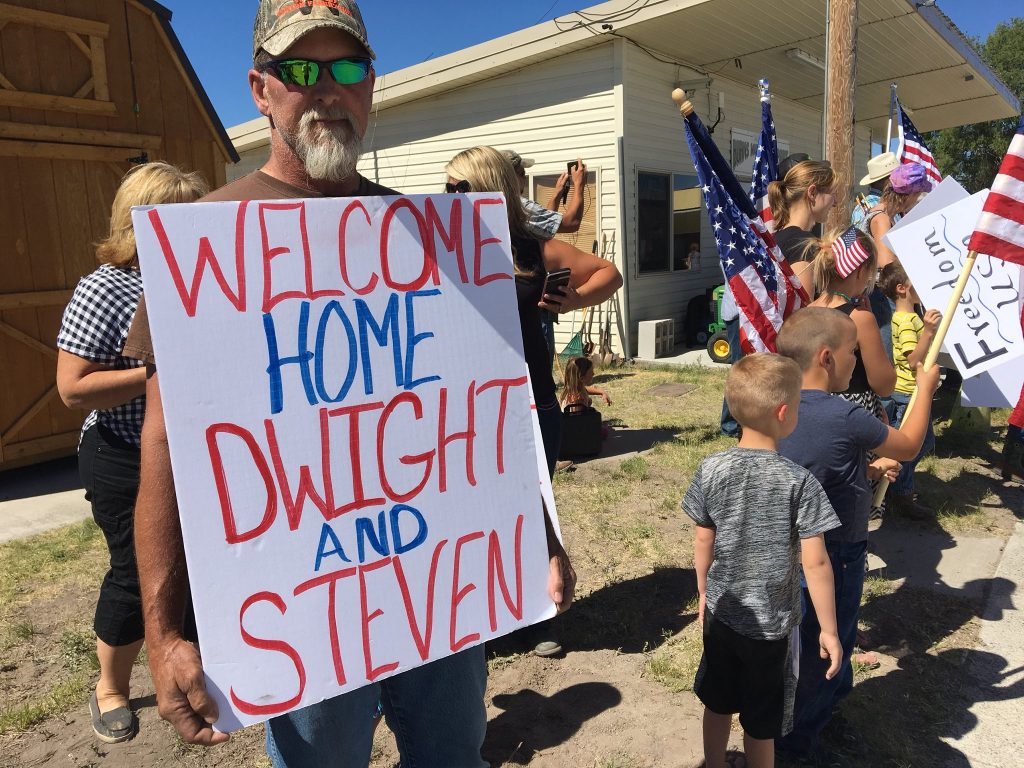 Oregon ranchers Dwight Hammond, 76, and his son Steven Hammond, 49, were released from a federal prison in California and arrived home in Burns, Oregon on Wednesday morning following pardons from President Trump the previous day.

The Hammonds were serving five years in prison after initially receiving lighter sentences in 2011 for violating federal arson laws. The Hammonds had admitted they set fire to some of their land without approval, which then burned out of control and damaged federal land. Dwight Hammond was sentenced to three months and Steven to one year in prison, which the Hammonds had completed.

But in 2015 the Obama administration’s Justice Department appealed the sentences to the notoriously left-wing 9th U.S. Circuit Court of Appeals, based in San Francisco. The 9th Circuit sentenced both to the five-year mandatory minimum sentence for arson under the federal Antiterrorism and Effective Death Penalty Act of 1996.

Critics of the sentencing argued that the sentence was politically motivated. The Hammonds were one of the last families of ranchers in the Harney Basin. The U.S. government had been trying for years to push out ranchers in efforts to protect endangered species. Prior to the trial, the Hammonds had fought against aggressive bureaucratic action against ranchers.

In 2016, after the sentences were announced, a group of militants led by Ammon Bundy took over Oregon’s Malheur National Wildlife Refuge, owned by the U.S. government, and held it for 40 days. The Hammonds denounced the seizure.

In an ironic twist for a case involving federal abuse of power, all charges against Bundy’s group stemming from this protest and a 2014 Nevada standoff were later dismissed with prejudice (meaning they cannot be reinstated) when federal prosecutors repeatedly committed “flagrant prosecutorial misconduct” against the Bundys, U.S. District Judge Gloria Navarro ruled.