Obama tells audience not to “disregard” white males in speech 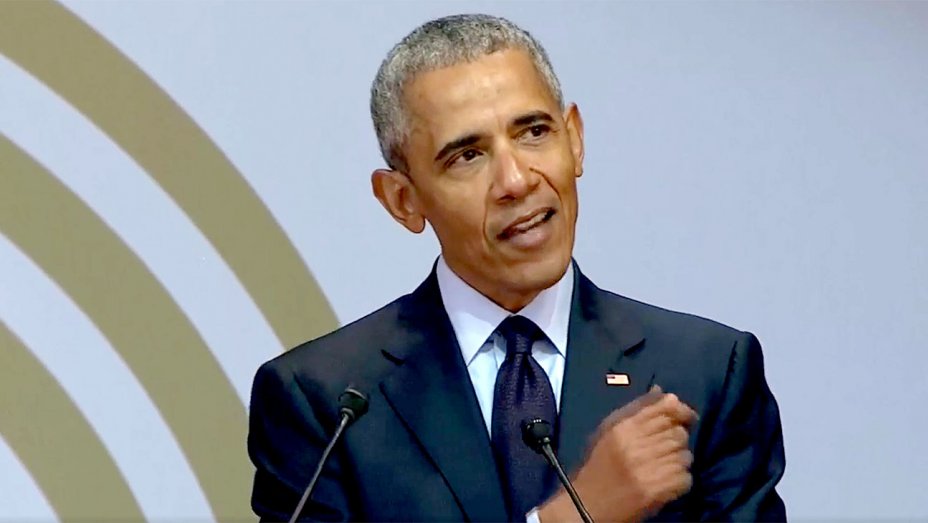 In his speech at the 2018 Nelson Mandela Annual Lecture in Johannesburg on Tuesday, former President Barack Obama argued that people need to do a better job of listening to their political opponents, encouraging everyone “to engage with people not only who look different but who hold different views.”

“And you can’t do this if you just out-of-hand disregard what your opponents have to say from the start,” Obama added. “You can’t do this if you insist that those who aren’t like you because they’re white, or because they’re male, that somehow there’s no way they can understand what I’m feeling. That somehow they lack standing to speak on certain matters.”

This position stands in stark contrast a philosophy that has become popular in left-wing circles, especially on college campuses: Cultural Marxism, which holds that the central value of a comment depends on the speaker’s race, gender, sexual orientation, etc. For example, through this far-leftist lens, a low-income black woman’s views on welfare would be more highly valued than those of a rich white man. Based on Obama’s recent speech, it seems he would now reject this view.

For Obama, it’s a long journey from a decade ago, when the National Journal measured his voting record and found it to be the most liberal in the Senate.

In fact, Obama became famous for his extreme views. In a 2003 press conference, he supported abortion during all three trimesters, and in the Illinois Legislature, he opposed a bill to ban the killing of live, crying babies in the delivery room who survived an attempted abortion. He sent $1.7 million in cash to Iran. He used the Espionage Act against the press more than all previous presidents combined did. He was the most-overturned president at the Supreme Court, among modern presidents.

Today, Obama sounds like the voice of reason in his party. The only question is when the Far Left will turn against him.

Obama, after all, was also the president who enacted a Muslim travel ban, separated illegal alien children from their parents (though far fewer times than Trump has), and set records for the number of bombing raids and drone strikes ordered.